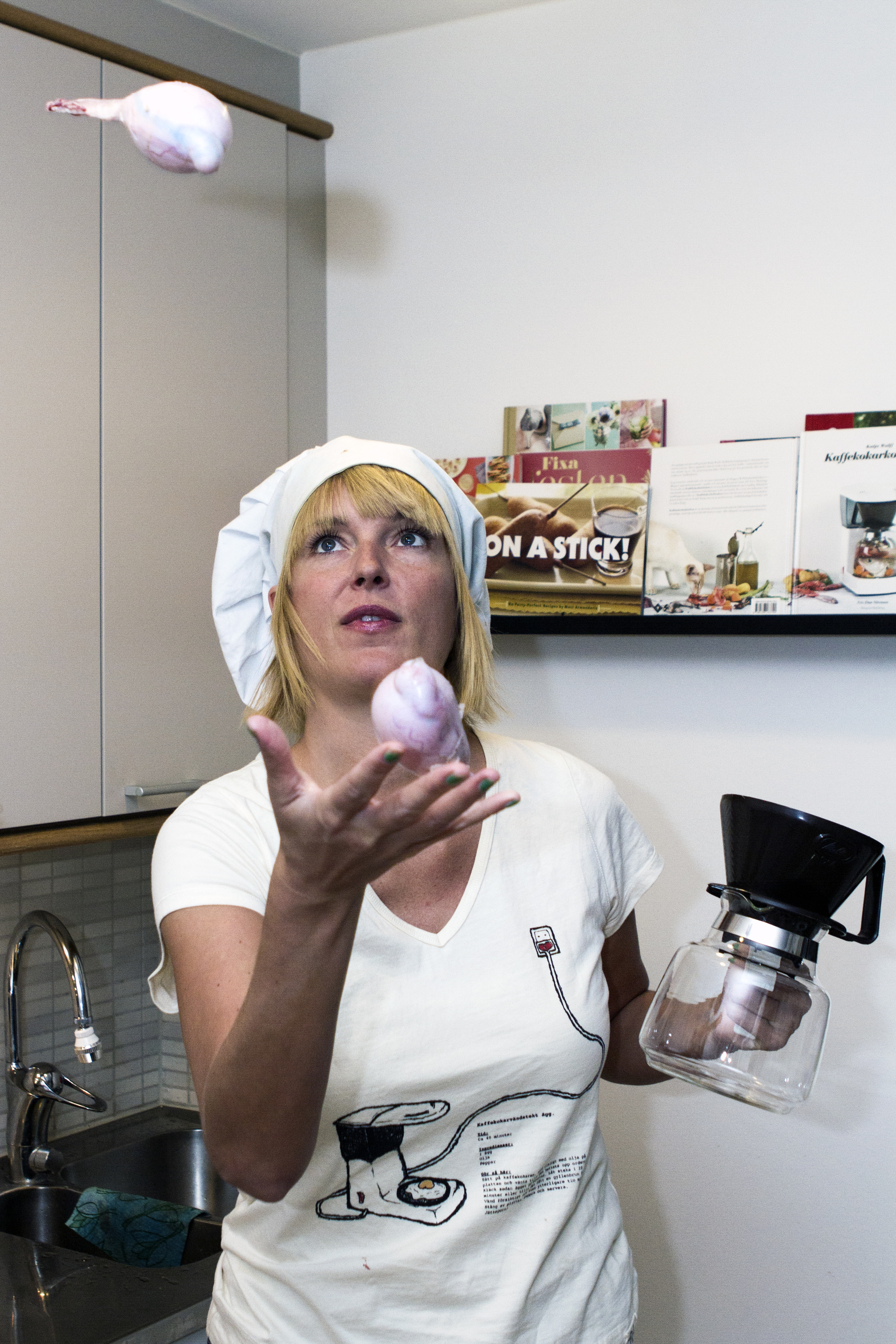 Spanish tapas a la Mr. Coffee. Pictures of cats in tights. These are two of Katja Wulff’s favorite things that caught our attention along with thousands of others around the world.

A children’s cooking teacher by day and coffee-maker chef/crazy cat lady by night, Wulff has been making a name for herself, her blogs and her three cats, Gucci, Iggy and Zappa. She is the brains behind Coffee Machine Cuisine, a blog with a collection of recipes that use only a coffee maker, and Meowtfit of the Day, a collection of photos of cats dressed in tights.

We recently shared a roundup of Wulff’s coffee-maker recipes – a fun and quirky solution for college students living on campus. When doing the research, aka watching videos of recipe after recipe, two thoughts came to mind. First, how on earth does she come up with these recipes? And second, what’s with the cats? 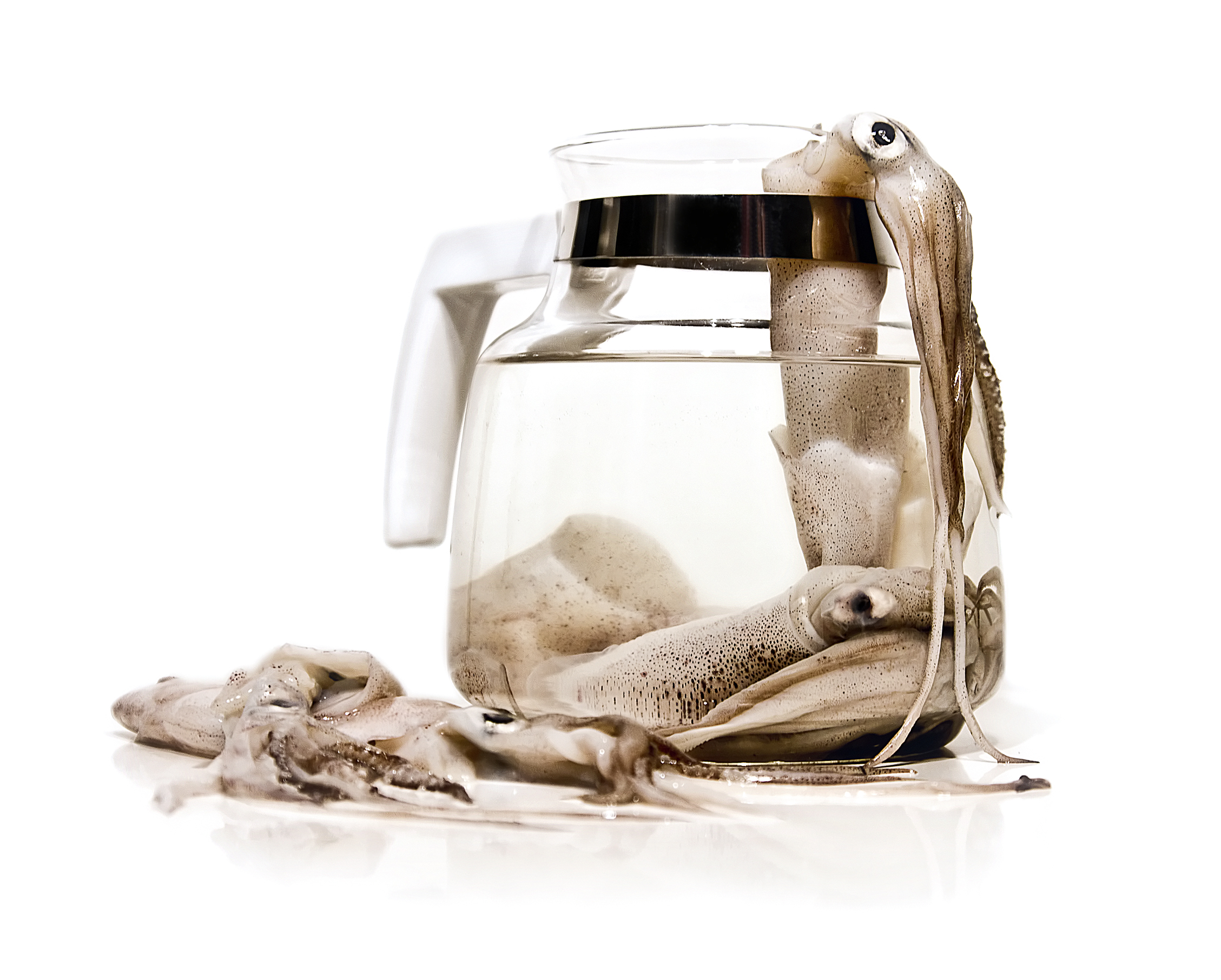 Growing up in Habo Ljung, a village near Lund in southern Sweden, Wulff enjoyed home-cooked meals from her mom but never learned to cook herself. In 2009, Wulff moved out on her own and quickly took to eating lots of takeout.

“When I finally moved out at 25 years old to go to college, I couldn’t cook at all,” Wulff said. “Living off takeaway was not realistic for my budget, so one day I attempted to cook noodles in a coffee maker I had recently inherited from my grandmother. And it worked!”

Preparing and eating meals in her dorm room with just a coffee maker was a win-win – she saved a lot of money instead of ordering out and was relieved of her cleaning responsibilities in community areas because she never used the kitchen. As time passed, Wulff’s coffee-pot cooking skills quickly evolved, and she launched Kaffekokarkokboken (which translates to “coffee boils cookbook”), the original Swedish coffee-maker cooking blog.

“Two weeks [after starting my blog], I was invited to make one of my recipes on a Swedish morning TV show,” Wulff said. “The meal was really disgusting, but I’ve gotten much better now!”

In 2010, Kaffekokarkokboken won Food Blog of the Year in Sweden.

“[Winning Food Blog of the Year] may be my proudest moment ever, because the blog is filled with my creative recipes,” Wulff said. “And of course, lots of pictures of cats.”

After almost a decade, Wulff continues to share her coffee maker creations on Coffee Machine Cuisine and her YouTube channel, Kaffekokarkocken (or “coffee boils chef”). Wulff even published an entire cookbook dedicated to her coffee machine recipes called, you guessed it, Kaffekokarkokboken. She currently is working on a second cookbook.

“Some people like to dance, sing, go hiking, play football or whatever,” Wulff said. “I like to cook food in my coffee maker. It’s my hobby, and now I’ve got hundreds of recipes.” 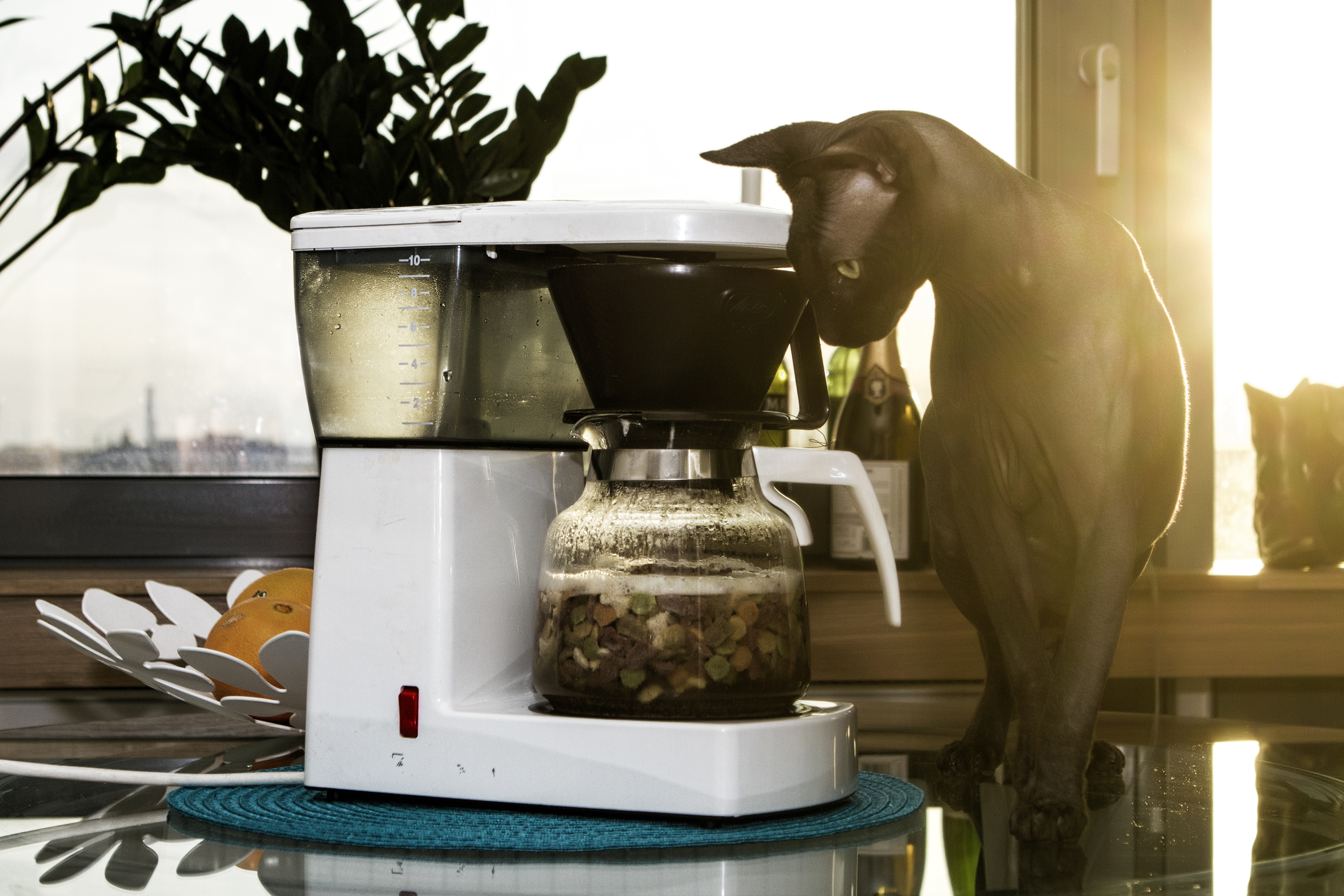 The inspiration behind the recipes

When asked about her favorite meal, Wulff gave the surprising answer of coffee-maker-made “testikel” tacos.

“I’m not a fan of nose-to-tail cooking, and I think the name is catchy,” Wulff said. “The ingredients feel squishy and nice, it looks good in photos [important when blogging] and it actually tastes good. Kind of like a chicken taco.”

Unlike most chefs, Wulff has a very laid-back approach when coming up with new recipes for Coffee Machine Cuisine. She gets inspired when strolling through markets or drinking wine with her boyfriend.

From eggs Benedict to mini pizzas to traditional Swedish meatballs with mashed potatoes, there is a coffee maker recipe for just about any dish you can think of. And despite her lack of professional training in the kitchen, Wulff’s recipes and style of cooking have become quite popular.

She has appeared on SVT (Sweden’s Television) and Weekend Sunrise in Australia and been featured in publications like Vice, The Atlantic, Bustle and more.

But the real fame started with Gucci, one of her cats.

“The opportunity to continue appearing on television was mainly because of Meowtfit of the Day,” Wulff said. “While Coffee Machine Cuisine was still happening, Gucci went viral. Appearing on these shows is when I was given the titles ‘coffee-maker chef’ and ‘crazy cat lady.’”

Cat pics… when in doubt, always go for cat pics

Cats in tights arguably is one of the best internet crazes ever (says this Umgås writer with multiple cats), and it all started with Wulff’s Tumblr account dedicated to her eldest four-legged son, Gucci.

“I always liked to dress the cat in weird outfits and take photos,” Wulff said. “One day we took some old tights and placed them so it would look like Gucci had really long legs. Forty-eight hours later, the photos went viral, and I received hundreds of emails from newspapers, fashion magazines, TV shows, etc.” 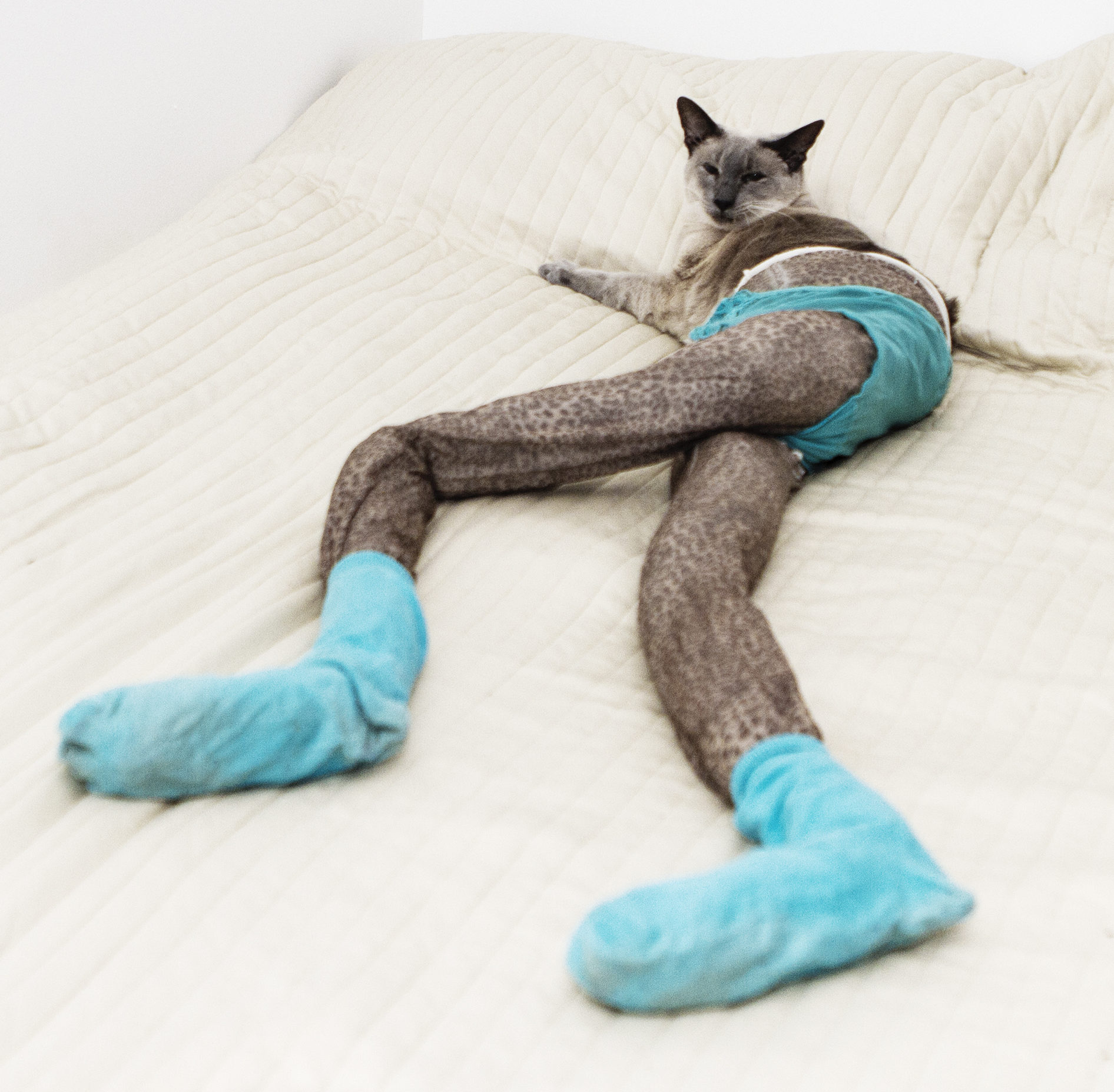 Gucci even was featured in his own Q&A for Elle where he was dubbed the latest “it model.”

“The phenomenon was called cats wearing tights and was one of the most viral sensations of 2013,” Wulff said.

Gucci, along with Iggy and Zappa, regularly appear on Kaffekokarkocken. And when Wulff is invited to appear on TV shows, she always brings Gucci.

After all, every good chef could use an extra set – or sets – of hands in the kitchen.

Keep up with Wulff, Gucci, Iggy and Zappa on Facebook for Meowtfit of the day here and Coffee Machine Cuisine here.