Getting To Know Katie Malik, Runner Up From Season 4 Of ‘Allt För Sverige’ 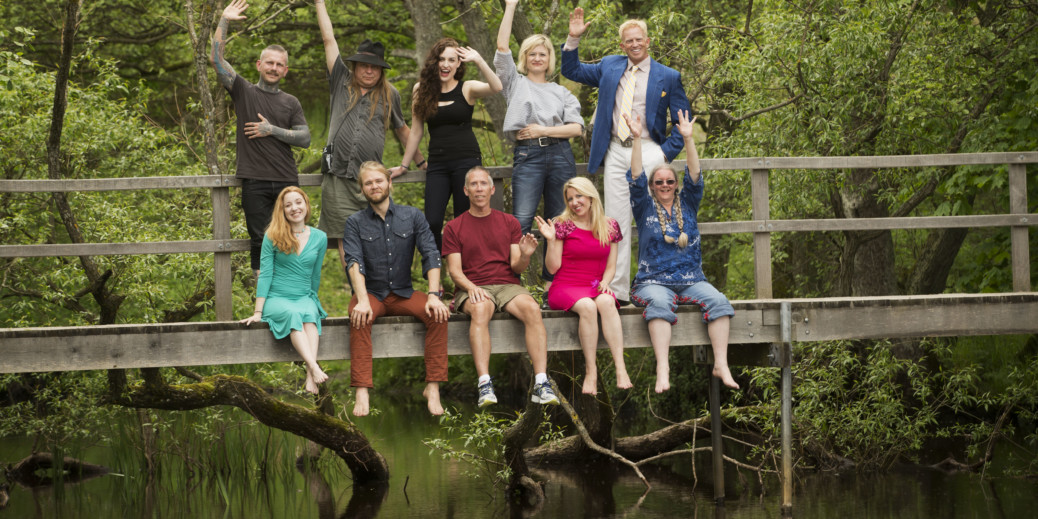 Getting To Know Katie Malik, Runner Up From Season 4 Of ‘Allt För Sverige’

Katie Malik was diagnosed with Cystic Fibrosis (CF) when she was 2 years old. The disease hasn’t slowed her down.

Malik is an accomplished singer who regularly appears on stage performing for the Tacoma Opera and Puget Sound Concert Opera, among others. She also recently started CF Yogi, which offers free yoga classes to the CF community in a virtual setting.

Malik appeared on Season 4 of “Allt för Sverige,” the incredibly popular Swedish reality TV show that brings Americans to Sweden to compete in challenges in the hopes of meeting their Swedish ancestors (read about her experiences on her blog here). After finishing as the runner up, she and three others from previous seasons were invited back to appear in a Christmas special.

With “Allt för Sverige” – aka “The Great Swedish Adventure” – currently casting for its ninth season (hurry, the deadline to apply is Jan. 28!), we checked in on Malik, one of the show’s most popular castmates, for her recollections of her time on the show and advice for applying to be on the show.

What made you apply to be on the show?

I’m always up for an adventure and getting out of my comfort zone. I love traveling, and tracing back my ancestors’ roots, so the opportunity to go to Sweden was too good to pass up. My family hadn’t had any contact with our Swedish relatives for four generations, even though several of my relatives had gone back to Sweden to try to find our roots. Since I don’t have kids of my own, rediscovering those roots and lost family connections felt like a legacy that I could leave for my family.

What were your first impressions of Sweden?

It reminded me a lot of home! I grew up on the water in a very similar climate in the Pacific Northwest, so I felt immediately at home and was quite comfortable there. I loved the way the city and the landscape co-existed together, with nature having a big presence even in the heart of in the city.

What was your favorite part about being on the show?

Meeting my relatives, and seeing how much we have in common though we are separated by a major ocean and many generations! From the very first conversation I had with my relative Anne on our first day in Sweden, even though we could only talk for two minutes, I knew we were going to become good friends. She was so like me… not just her physical appearance, but her personality and interests, too. I’m a singer, choreographer, and yoga instructor, and she’s a dancer and personal trainer. I have other Swedish relatives who are musicians and dancers, too. It seems it’s in our genes!

And surprisingly, I discovered that the competitions were actually one of my favorite parts of the show. I really enjoyed seeing what I was made of under pressure. I think the audience kind of assumed that because of my Cystic Fibrosis I would be less of a competitor, that I would be disadvantaged in some way. I enjoyed shattering those expectations and very nearly winning it all. I thrived in those competitions… the adrenaline, the physical and intellectual challenge. I kinda miss it!

Looking back, describe your overall experience and how it affected you.

It was a surprisingly emotional experience. I have a pretty good handle on my emotions day to day, and it caught me off guard when simple events would bring me to tears. I cried tears of joy, anger, gratitude. I have never felt so free to just let those emotions happen without clamping them down.

It made me a lot more willing to show that emotional vulnerability, even after the show was over. It made me more willing to listen to those internal signals that emotions give about what is important to us. I think that’s why you see so many people make big life-changing decisions after the show. They learned to acknowledge their emotions, and once you start doing that, you can’t go back to your regular life and ignore this little voice pulling you in a direction you couldn’t admit to yourself you wanted to go.

After I got back to the U.S., I learned to sing in Swedish, trained up physically and went back to Sweden to do a concert tour and climb Kebnekaise (Sweden’s highest mountain). I’m now self-employed, have made singing a bigger part of my life and have started a nonprofit organization that teaches yoga to people with CF. I don’t know that I would have done any of those things had I not learned to listen to what my gut was telling me I really wanted to do.

What advice do you have for anyone interested in applying for the show?

One of the things that caught me by surprise was the necessity of letting go of control over my day-to-day life and schedule. In my reality-TV naivete, I thought we’d get some sort of rough filming schedule outline… not necessarily a detailed itinerary, but at least information about when we’d be traveling or filming, or have a day off. There was literally NO information given at all about what we’d be doing in a given day, or even a given hour. Not even when we’d get to eat our next meal! That is really hard when you’re managing a chronic disease and have to have some essential information in order to plan out your day.

I discovered there were a lot of things that I take for granted about how much control I have over my own daily life. I HAVE to have a lot of control, because that’s what goes into managing a chronic, life-threatening disease like CF… and that’s how I’ve learned to live a full and healthy life with this disease. So, it was a learning process both for me and the crew, as we learned to trust each other. I had to communicate my needs and teach them what it was like living my life, so that I could let go of the reins a bit and let them take control of some things.

Once we got into a groove, it ended up being surprisingly freeing… that I could just let them know what I needed and that they’d take care of me. From the production process alone, I learned so much about trust and communication, and I carried those lessons into my everyday life.

But anyone who’s applying needs to know that they are serious about not telling participants what is happening next. Absolutely everything you see on the show is a genuine surprise to participants. The producers don’t reveal ANYTHING, not where you’ll go, who you’ll meet, or what you’ll be having for lunch. All the reactions are genuine that way, but it takes a certain kind of person to be able to deal with that. Communicate what you need with the team, but then let go and trust that they’ve got your back. You have to let yourself be a leaf on the wind.

Would you do it again? If so, anything you’d change?

Would do it again… and DID do it again (I did the 2014 Christmas Special when four of us got to go back to celebrate the holidays with our Swedish relatives). I think the only thing I’d change would be that I’d be more trusting of the producers, and show my vulnerabilities sooner. I kept expecting American reality TV, that my words would be twisted, or that they’d try to create drama that didn’t really exist. I’m not going to say that never happens… but that’s not at all what this show is about. This is a TV show with heart. They want real people who are willing to share real stories.