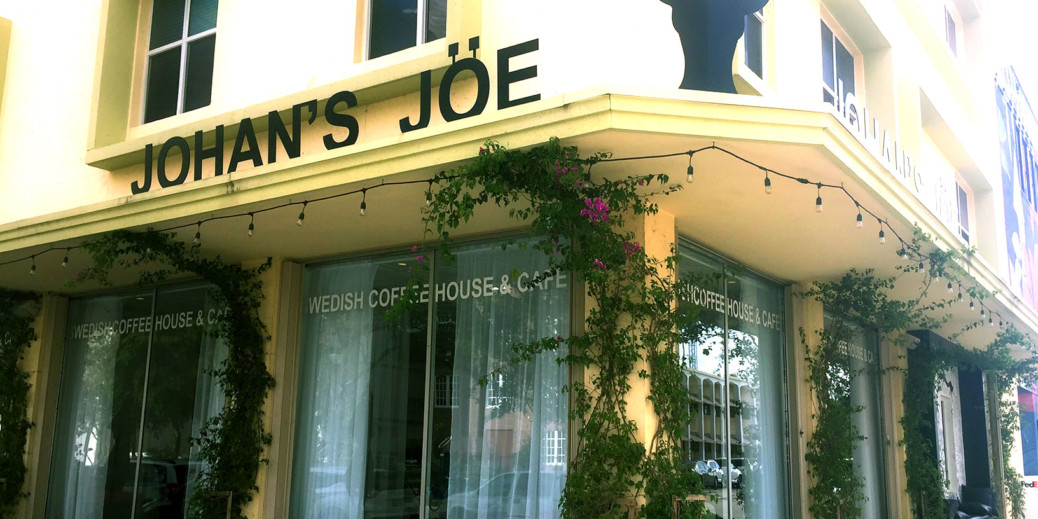 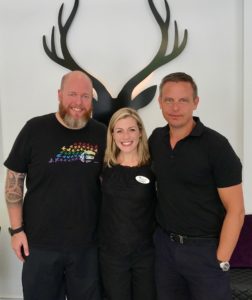 Walking a few blocks from her West Palm Beach home two years ago, Laura Olsson came across something she never expected to find in South Florida: A Swedish coffeehouse.

This past summer, after spending the time in between learning how to brew a perfect pot of Swedish coffee and other critical barista skills as an employee of the coffeehouse, Olsson bought that shop, Johan’s Jöe, with two partners, Chris Johncke and Matti Klintberg, both native Swedes. All three met via the coffee shop, as her co-owners had mentored the founders.

Together, the trio is fine-tuning plans to grow this light and airy café and coffee shop, opened in September 2015, into a new chain of coffeehouses. Designed by the original owners with a touch of whimsy – check out the rich purple high-back chairs and chandeliers shipped from Sweden – to encourage patrons to settle and stay for a spell, the store became available when the founders opted to return to their native Sweden to be closer to family. 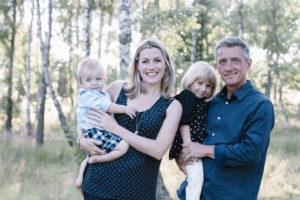 Originally from Maryland, Olsson met her future husband, Fredrik, when working for the Disney Cruise Line. Hailing from Karlskrona on Sweden’s eastern coast, Fredrik was in food and beverage management, while Laura performed as a singer, dancer and Disney Princess.

With plans to raise a family anywhere but on the cruise ship, they landed in Florida, where he took a similar job with an international hotel company. Today, they are raising Bella (4) and Henrik (1). 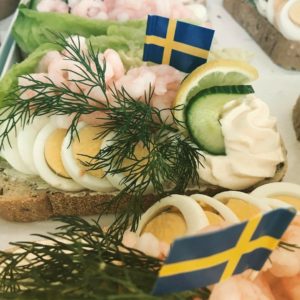 Stepping into Johan’s Jöe and working behind the coffee counter turned out to be a cultural eye-opener. The bakery cases are filled with Swedish delicacies such as vanilla sugar and cinnamon buns, with spices and sugars imported from Sweden, and the entree menu is peppered with Nordic offerings such as toast skagen, meatballs and savory crepes. And don’t overlook the smoked salmon and pickled herring on the breakfast menu or snack portions.

The business started growing by word of mouth.

“Every day, new Swedish people are coming in,” said Olsson, who worked her way up from part-time barista to full-time management before deciding to invest as an owner. “I was so surprised, but when Swedes want to escape cold weather they must think of Florida as the closest warm place.”

Johan’s Jöe also offers a grab-and-go selection, plus wine and beer for later-day gatherings. After much searching, Olsson found a distributor for Rekorderlig, a refreshingly crisp Swedish hard cider in flavors such as pear, apple spice and strawberry-lime. Over time, she started learning how Swedish customs were spreading among her regulars, particularly as outsiders discovered fika, the Swedish coffee break. 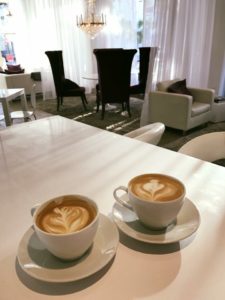 “It’s like a secret word once they learn about it,” Olsson said. “Americans love learning about other cultures. They’ll say ‘I’m stopping in for a fika!’”

The local crowd often includes her in-laws, who have found a second home nearby so they can spend more time with the grandchildren. The downside is that has limited the opportunities for Olsson to travel back to where her husband was raised.

This summer, they made the journey to Sweden with their kids for the first time, and she ducked into every coffeehouse she found to soak up the atmosphere to continue to bring an authentic experience back to South Florida.

Plus, “It was exciting to know that every time I tried a coffee, it would be a great coffee,” she said.

That’s because Swedes are very exacting in their coffee. They want a deep dark coffee that is brewed with richness and no touch of bitterness. It’s always served black. And it’s served all day.

On her first visit to Sweden nine years ago, “Every time someone walked in the door it was ‘go on and break another pot,’” said Olsson, who noted that her family finally went out and bought her some tea bags to ease her coffee load. Indeed, Nordic countries routinely top the list of countries with the most coffee drunk per capita. When her in-laws first traveled to the United States, they would pack their own coffee rather than taste the American coffee they dreaded. 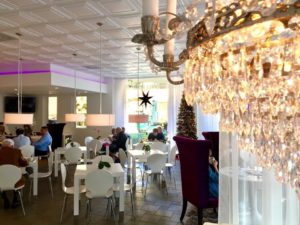 Now, Olsson is the coffee expert in the family. She has mastered how to brew that Swedish coffee, which starts with beans that the shop sources from Löfbergs, a fourth-generation roaster founded in 1906. The Karlstad, Sweden-headquartered company specializes in free-trade, sustainable coffee beans.

Building on that great coffee, Olsson and her partners have turned their focus to ensuring that Johan’s Jöe runs like a well-oiled machine and documenting daily processes, which will be essential to future expansion. Husband Fredrik shares his experience across the shop, with hopes that he will be able to join full time as the business grows.

And Johan’s Jöe has had an impact on her.

“Now I drink my coffee black,” she said. “I needed cream and sugar decoration when I first started there…Now, I enjoy the taste of the coffee.”