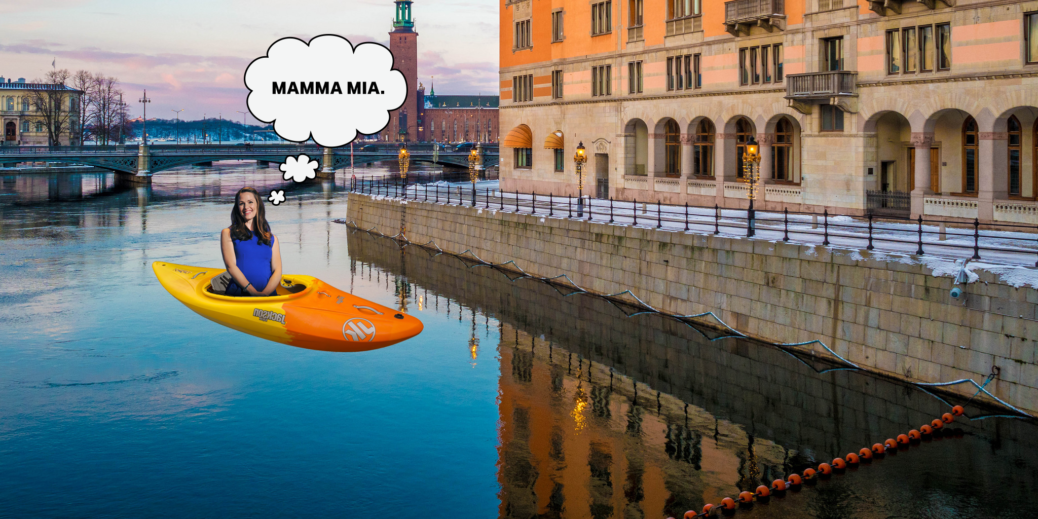 What do you do if you get lost while kayaking in Stockholm?

In a hilarious segment on The Tonight Show with Jimmy Fallon, actress Jennifer Garner recounted how she and daughter Violet became lost when they embarked on what was supposed to be a short kayaking experience.

Garner told Fallon that after completing one excursion, they started on a second one that was supposed to take 10 minutes. An hour later, they still weren’t back. They then started seeing big bridges and big boats.

As Garner realized they were headed toward the ocean – “We feel a current pulling us to the ocean,” Garner emphatically and frantically said to Fallon – she tried to appear calm. “Let’s sing ‘Mamma Mia,’ we’re in Sweden,” Garner told Fallon.

In the end, a Swedish man named Mattias Persson who works for the kayak rental company guided the Garners back to safety.

Watch the full clip below, which includes Garner talking about being awarded with a star on the Walk of Fame two weeks after her Swedish trip.