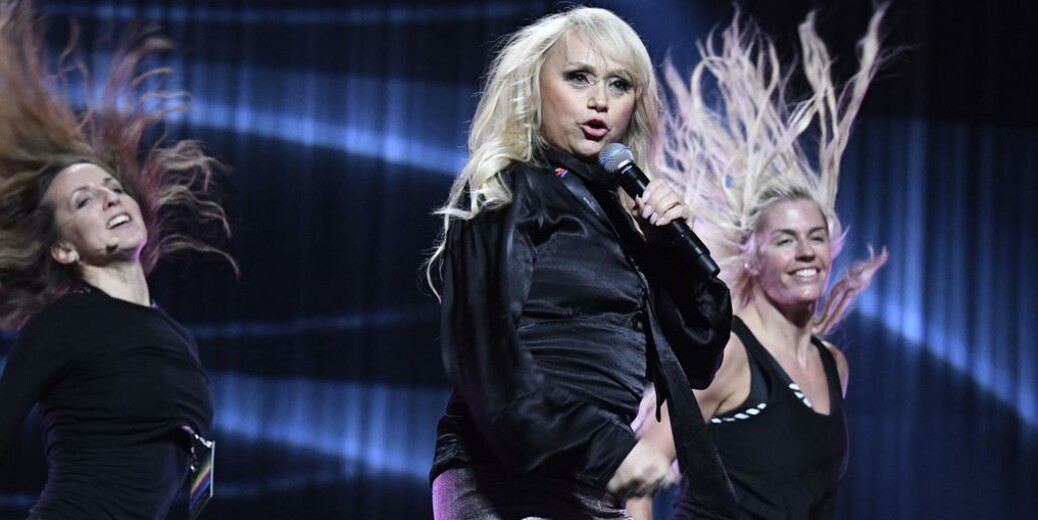 James Corden doesn’t need a Hollywood Walk of Fame star. No, who needs that when you have a song that pays homage to one of your most famous bits?

Last week, Corden told his viewers about a song he heard by Nanne Grönvall, a contestant in this year’s Melodifestivalen competition. The song name drops Corden’s iconic Carpool Karaoke sketch, which brings in celebrities to ride around in a car with Corden and together they sing some of the artist’s greatest hits. If you haven’t heard of it, we highly recommend Lady Gaga, Jennifer Hudson and Sia.

About Melodifestivalen, Corden told his audience, “It had one of the best songs I’ve ever heard.”

Grönvall’s tune, “Carpool Karaoke,” tells the story about her being sad, with her friends trying to cheer her up and get her out of the house. But the only thing she wants, is to sing Carpool Karaoke with James Corden.

“I’ve got some bad news for you,” Corden said. “That song lost. And it lost in what is being called the biggest upset in international original pop song competition history.”

Check out Corden talking all about the performance. And we’ll be watching for Grönvall to get her shot at an actual Carpool Karaoke with Corden.