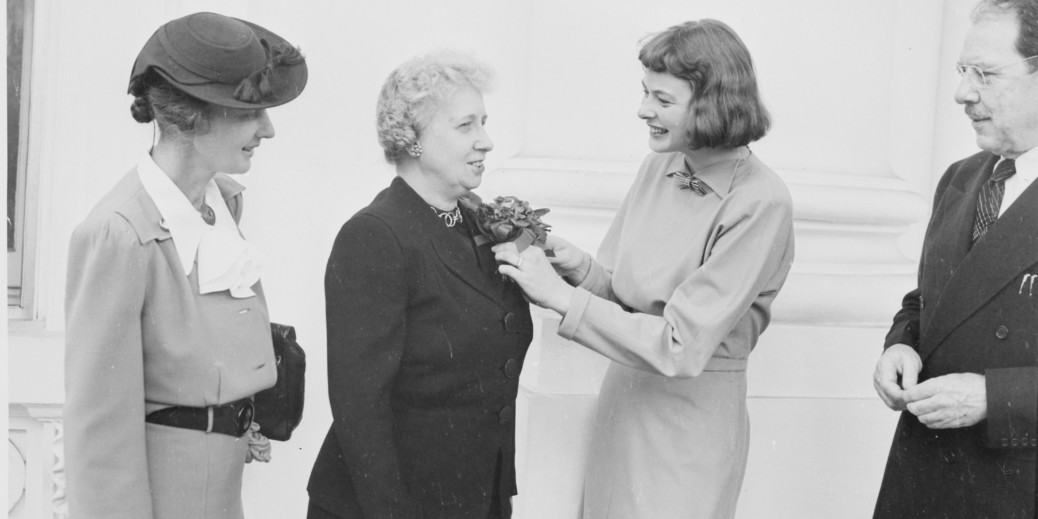 In November of 1942, “Casablanca” premiered in New York City, with a national release starting in January of 1943.

Seventy-five years later, the movie still is considered one of the best movies of all time.

With “Casablanca” celebrating 75 years and the Oscars in our rear-view mirror, we thought we’d take a look back at Swedish star Ingrid Bergman.

Bergman had more than a dozen credits to her name in Sweden when she arrived in Hollywood for her first movie, 1939’s “Intermezzo: A Love Story.” The movie made her a star.

Play it once, Sam. For old times’ sake.

Bergman starred as Ilsa Lund in “Casablanca,” the movie that she would be known for forever. Yet, she didn’t receive an Oscar nomination for the film. Still, her performance alongside Humphrey Bogart ranks among the most memorable love stories in movie history.

While Katharine Hepburn has won the most Oscars (4), Bergman is tied with the likes of Meryl Streep, Jack Nicholson, Daniel Day Lewis and Walter Brennan with three Oscars. She won her first Oscar in the Best Actress category for 1944’s “Gaslight.” She won another Oscar for Best Actress for 1956’s “Anastasia.” And she won her third, this time for Best Supporting Actress, for 1974’s “Murder on the Orient Express.”

One of the Best Actresses of All Time

Bergman, who passed away from breast cancer in 1982 with seven Oscar nominations to her credit, regularly is regarded as one of the best actresses of all time. A sampling: AMC.com ranks her third; IMDB ranks her third; and AFI ranks her fourth.