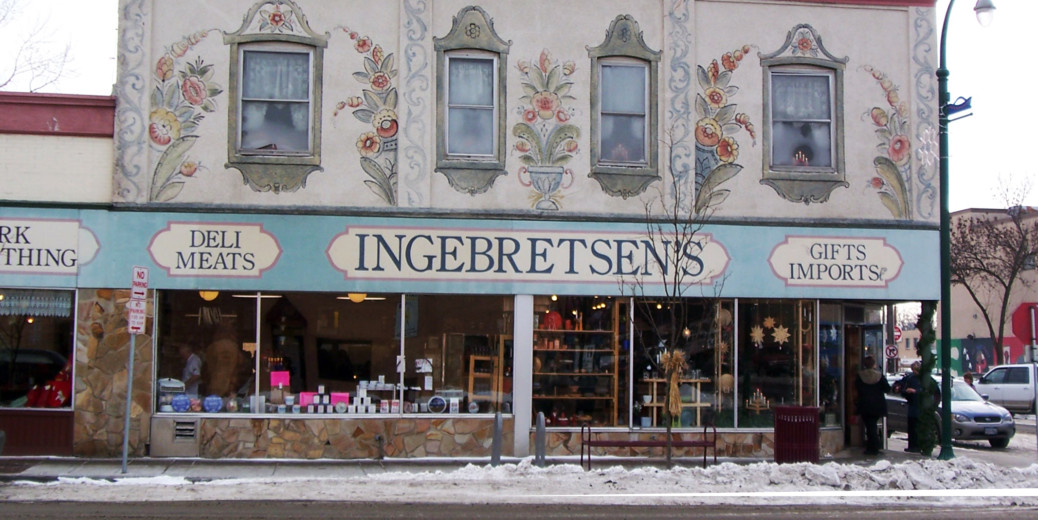 A Minneapolis institution and a go-to for all things Scandinavian, Ingebretsen’s is a marketplace with a mission to keep Nordic heritage alive.

With generations of family members shopping at Ingebretsen’s, the owners connect Scandi-Americans to the traditions of Iceland, Denmark, Sweden, Norway, Finland and the Arctic-dwelling Sami tribe.

Started in 1921 by Norwegian immigrant Charles Ingebretsen, the store originally was a butcher shop known as the Model Meat Market. Ingebretsen’s shop was established in a predominately Scandinavian neighborhood of mostly immigrant men who came to work on the railroads. (The area was dubbed “Snus Boulevard,” named for Swedish tobacco.) The shop is still in its original spot on Minneapolis’ East Lake Street, but 95 years later, Ingebretsen’s sells more than just meat.

Ingebretsen’s son Charles “Bud” Ingebretsen Jr., also known by the nickname “Hoot,” partnered with Warren Dahl (of Swedish and Norwegian descent), and the store later expanded to encompass a gift shop. The Ingebretsen family noticed more and more people becoming interested in embracing their culture and by opening the gift shop, they could connect Americans who have Scandinavian roots to the traditions of their ancestors.

During the expansion, Bud’s daughter Julie Ingebretsen was hired to manage the gift shop.

Julie Ingebretsen, whose family still co-owns the store along with the Dahl family, said the store maintains its mission to connect Scandinavian Americans to their heritage. Warren Dahl’s son Steve runs the butcher shop, and to this day, his father’s recipe for Swedish meatballs keeps customers coming back time and again.

“The big draws are the Swedish sausage, which we make here, and the Swedish meatball mix; it’s everything you need for a meatball,” Ingebretsen said. “The meat market is the heart of the business.”

Ingebretsen’s smoke house brings in the crowds for bacon, ham and salmon. Imported cheeses include everything from Norwegian Jarlsberg to Swedish Farmer Cheese (hushållost).

Food and knitting classes along with events help spread traditions and keep people in touch with their roots.

“The lefse class is a hit with customers,” Ingebretsen said.

In fact, so many people come in that customers line up around the block for yuletide treats.

Ingebretsen’s has expanded to encompass two smaller shops. The Stockholm, Wis., locale, which opened nearly a decade ago, focuses mostly on Swedish and Sami goods. And Ingebretsen’s newest location is about a mile away from the flagship in Minneapolis’ new Norway House, a cultural center for Norwegians.