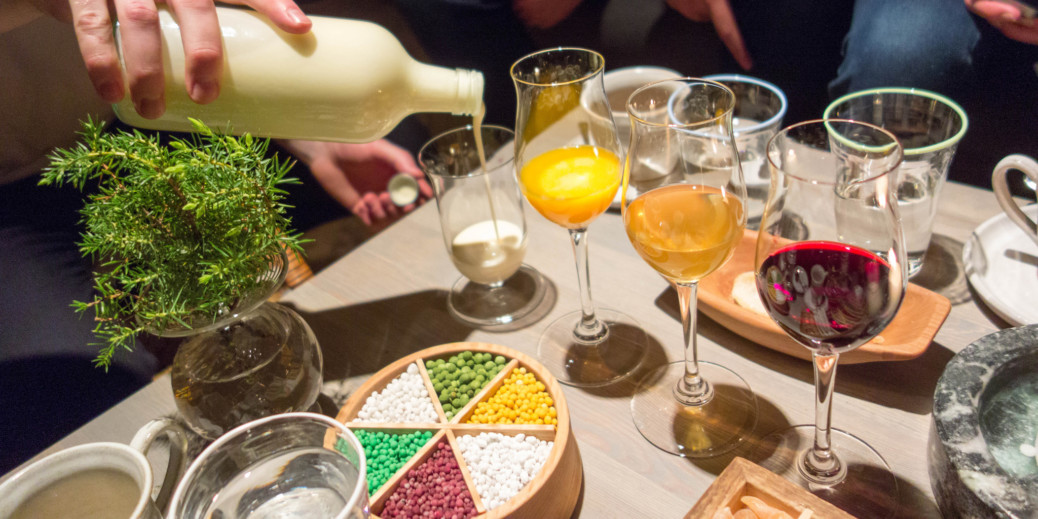 Cloistered in the wilderness of Sweden’s Jämtland region, a little restaurant with big ideas has captured the culinary world’s attention.

In the middle of nowhere – a little town called Järpen to be more specific – sits Fäviken Magasinet, a restaurant that at one time served moose fondue dinners, and in the past few years has transformed itself into one of the world’s best restaurants with chef Magnus Nilsson at its helm.

Chef Nilsson is a hunter, forager, fisher and his connection to nature is a key component to the philosophy and success of Fäviken, which is ranked No. 41 in by The World’s 50 Best Restaurants (down from 25 in 2015) and was named one of the 10 hottest restaurants in the world by Zagat in 2013. (Check out our story on what an American thought of her visit to Fäviken.)

Nilsson was born in Sweden in 1983, and he spent his childhood surrounded by the north’s raw beauty – hunting, fishing, foraging and then cooking his bounty. At 14, Nilsson was a cooking apprentice, and by 16 attending culinary school nearby in Åre. When he was 19, he moved to Paris and worked at the restaurant L’Astrance, which received its second Michelin star while Nilsson was in the kitchen.

He spent his time traveling throughout Europe, eating at Michelin-starred restaurants and researching what makes a truly great dining experience. “I spent every euro I had, every tip, the catering jobs I took for extra income, all of it, eating at restaurants,” he shares in his book Fäviken.

After spending three years in France, Nilsson returned home to start his very own restaurant. Uninspired by the culinary world while back working in Swedish restaurants, Nilsson stopped cooking and decided to instead to go to sommelier school. He wanted to be a wine writer.

Lured by a friend, Nilsson originally arrived at Fäviken to help stock the restaurant’s wine cellar. And after three months, the owners, the Grummers, asked Nilsson to stay and help them change the restaurant, which at the time was serving moose fondue dinners. The Grummers wanted Fäviken to be more ambitious, and they wanted Nilsson’s help.

Nilsson was back in the kitchen.

The new Fäviken opened to diners in January 2008. Nilsson did everything – the cooking, cleaning, waiting tables. Fäviken 2.0 served what Nilsson refers to as “rektun mat” (real food), seasonal produce and meat and fish sourced from the area. Fäviken follows a traditional tasting menu with eight dishes, along with bite-sized dishes that patrons can add in if they want to sample more. For a taste of what’s on the menu, dishes include wild trout roe in crust of dried pig’s blood; scallop in shell cooked over burning juniper branches; roasted bone marrow and pieces of raw heart from moose, very recently sliced cabbage, grilled bread and herb salt; cake of pine tree bark, lightly soured pudding of milk and cream, crowberries pickled in whey, blueberry ice.

Nilsson writes in his book: “My cooking is about the present and about making the most of that, whether it is the middle of winter when produce is scarce and mostly in storage, or July when everything is in full bloom and we have almost anything a chef could wish for just outside our kitchen doors.”

Fäviken embraces the seasons. In the spring and summer, foraging for wild plants and vegetables such as mushrooms, berries, sorrel, dandelion and nettle is common. And, in preparation for North Sweden’s very cold, dark winter, Nilsson and his team store roots in the cellar, ferment vegetables and salt and dry meats.

When the restaurant re-opened its doors, patrons were mostly locals. Nilsson placed a small ad in the region’s newspapers, and locals started trickling in to see what this new place was about. Whispers about this magical place inspired restaurant critics and food writers from around the world to make the arduous journey. And, suddenly Magnus Nilsson was a household name with book deals and an episode dedicated to himself and the restaurant on the Netflix series “Chef’s Table.”

Here in the United States, his food philosophy has inspired American chefs like David Levi, who at one time was an apprentice to Nilsson. At Vinland, Levi’s Portland, Maine restaurant, he embraces Nilsson’s concept of super local and all homemade.