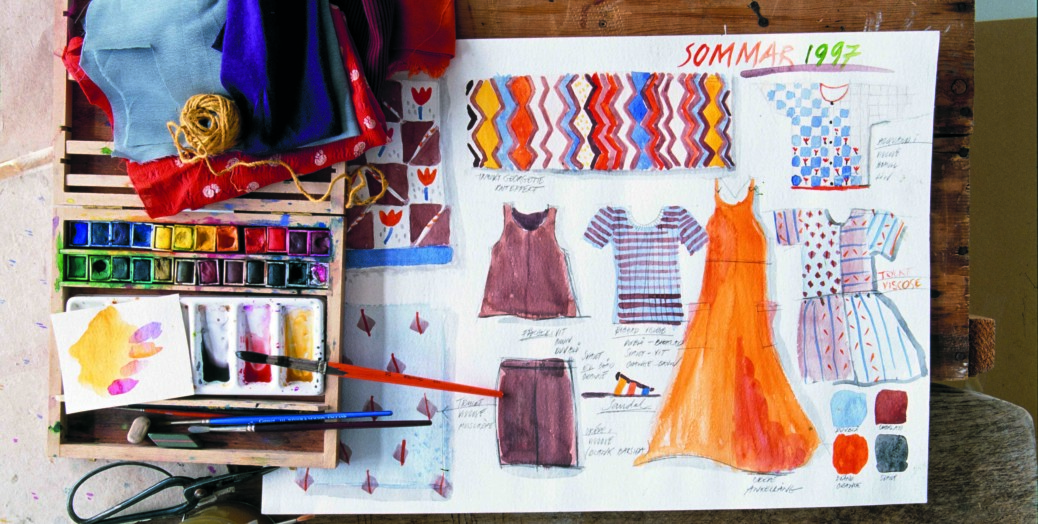 Clothing designer, Gudrun Sjödén, has been selling her creations in countries across the world for more than 40 years.

Her bright fabrics, playful designs and quirky textiles now can be seen at an exhibit at the American Swedish Institute in Minneapolis through Oct. 28. Learn more about the Swedish fashionista and her exhibit in this feature in the Minneapolis Star Tribune.

Swedish craft distillery Smögen has set a new record for the world’s strongest gin. Smögen originally was known for producing a gin with the highest ABV worldwide until earlier this year when Scottish distillers created a 77 percent ABV gin. Smögen took back the world record with the recent release of its 82.5 percent ABV gin, Strane Ultra Uncut, according to VinePair.

Backpacks for every occasion

Fjällräven’s versatile gear is popular across the world spanning the warm beaches of Los Angeles to freezing climates of Scandinavia. The clothing company started with a backpack and today continues to dominate this space in retail. Outside magazine rounds up a few of Fjällräven’s backpacks that will accommodate every need from hiking to gearing up the kids for their first day of school.

Last year, Chicagoans were devastated to learn the iconic Swedish Bakery was closing after 88 years of serving classic Swedish pastries. Earlier this year, Lost Larson opened its doors in the former Swedish Bakery’s space and, according to the Chicago Reader, has been delivering classic, mouthwatering tarts, princess cake and more while offering locals a prime place to fika.

Will the Red Wings’ lose their longest-tenured player?

Whether Swedish forward and captain of the Detroit Red Wings, Henrik Zetterberg, will return next season is still up in the air, according to M Live. Zetterberg has played with the Red Wings his entire 15-year NHL career and has been the team captain since 2013. Ongoing issues with his back are clouding his future with the team.