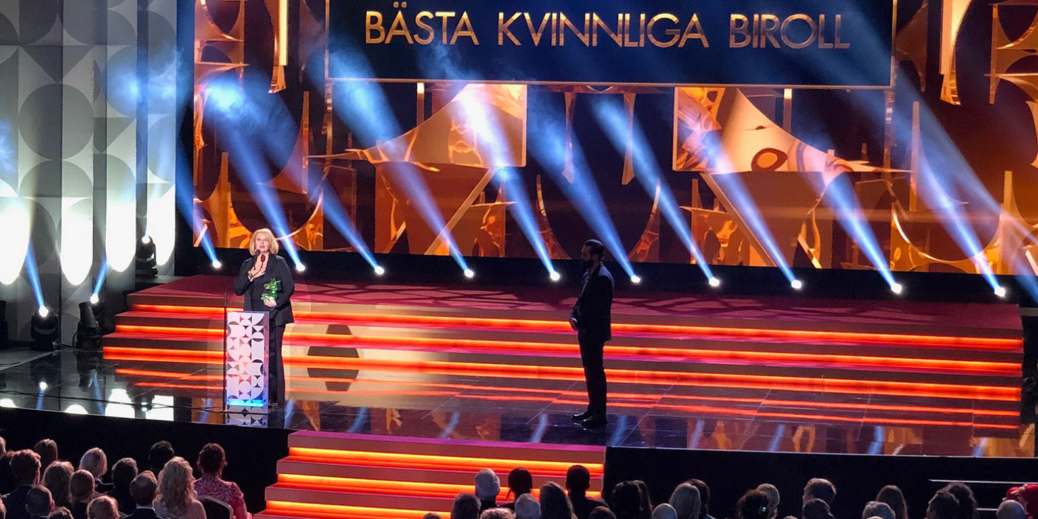 Several Swedes were celebrating this week during the annual Guldbagge Awards, aka Sweden’s Academy Awards. The film, “And Then We Danced” owned the evening by winning awards in several categories, including Best Film. The film was written and directed by Levin Akin, who is of Swedish and Georgian descent.

While Gustaf Skarsgård lost out in his category (Best Actor in a Leading Role), David Dencik won for Best Supporting Actor. The Hollywood Reporter has more details on the night’s other winners.

Rest and restoration in Sweden

The Game of Thrones-esque floating hotel, Arctic Bath, opens soon, and Forbes has included it on its list of off-the-grid retreats opening this year. If you like good food and spa treatments, oh, and beautiful scenery, this spot’s for you.

This girl’s on fire

Architectural Digest has a great profile on Swedish glass artist, Hanna Hansdotter. Her technique pours molten glass into iron shapes and grates, and she allows the glass to move around the iron structure to make distinct works.

Rod Stewart must have ‘Hot Legs’

Swedish actress Britt Ekland is spilling the tea on her relationship with rocker Rod Stewart. The two dated in the late 70s, and according to an interview with the Daily Mail, Stewart didn’t buy her fancy clothes, but he liked wearing her fancy under garments.

Ditching its iconic blue exterior, a new IKEA storefront is taking a greener approach by incorporating trees and other live plant life into its façade. Additionally, the store will have zero parking for cars. Dezeen has the deets.