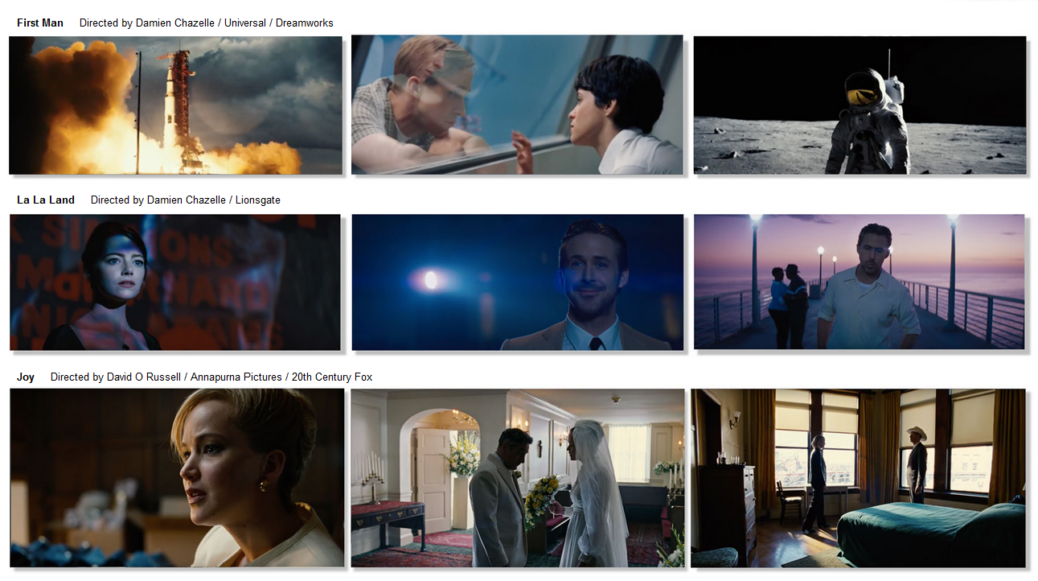 Every year we hear the Academy say, “And the award for Best Cinematography goes to…,” but what exactly is cinematography? Cinematography is a collection of sensory elements – sights, sounds – that make a film production come to life.

And a cinematographer, or a director of photography, is the person behind the scenes making sure the cameras and the lights and what is captured through the lens is beautiful and meets the needs of the production.

Linus Sandgren is a Swedish cinematographer who has worked on some of the most critically-acclaimed films of the past few years. Sandgren’s work has been praised by organizations around the world. He’s received a Guldbagge, a BAFTA and an Oscar. He’s also attached to the latest Bond film, which we’re super excited about.

We pulled together a few examples of his work, and from his five big hits below, we’re guessing he and David O. Russell and Damien Chazelle are BFFs.

“Battle of the Sexes”