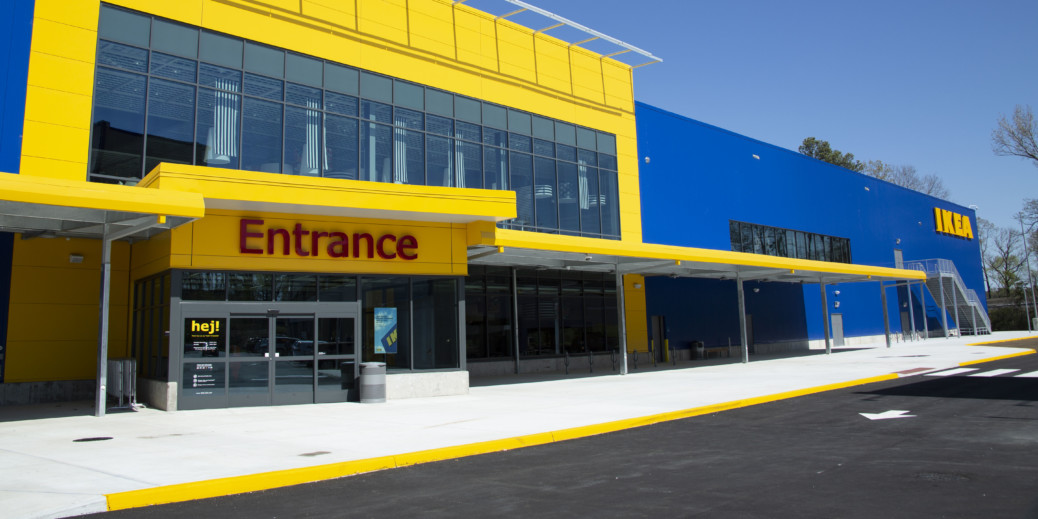 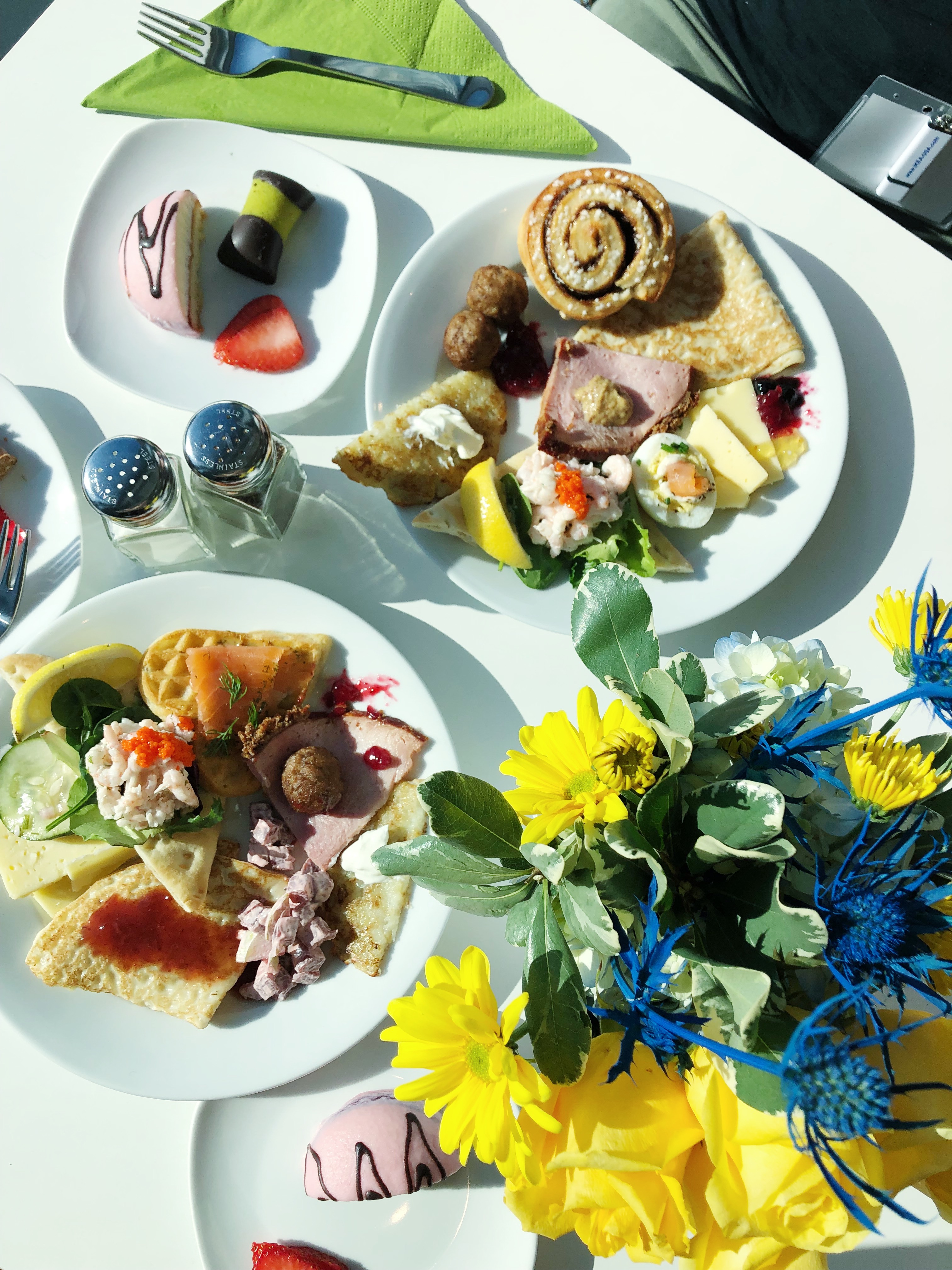 NORFOLK, Va. – When our team saw that iconic blue color off the highway, we knew we were about to take our exit to one of the most magical retailers in the world.

Our team had the opportunity to go on a behind-the-scenes tour of IKEA‘s 50th store, which opened in Norfolk, Va., on April 10, 2019. And let us tell you, it was amazing. We had a smörgåsbord of Swedish food to start off the day, scoped out the pick-and-mix lördagsgodis candy wall in the afternoon and most importantly, we practically had an IKEA to ourselves! What a day!

We started the day with a smörgåsbord of Swedish food – our plates started to fill up with breakfast items like pancakes and kanelbullar, and we moved our way to savory lunch and dinner items like meatballs, cheese, smoked salmon on deviled eggs, open-face shrimp sandwiches and beet salad (among other things). We topped off our plates with dessert – mind you, this was at 9:30 a.m. We helped ourselves to a sliver (OK, two) of Princess Cake, punschrullar and a tart that reminded us of Daim. 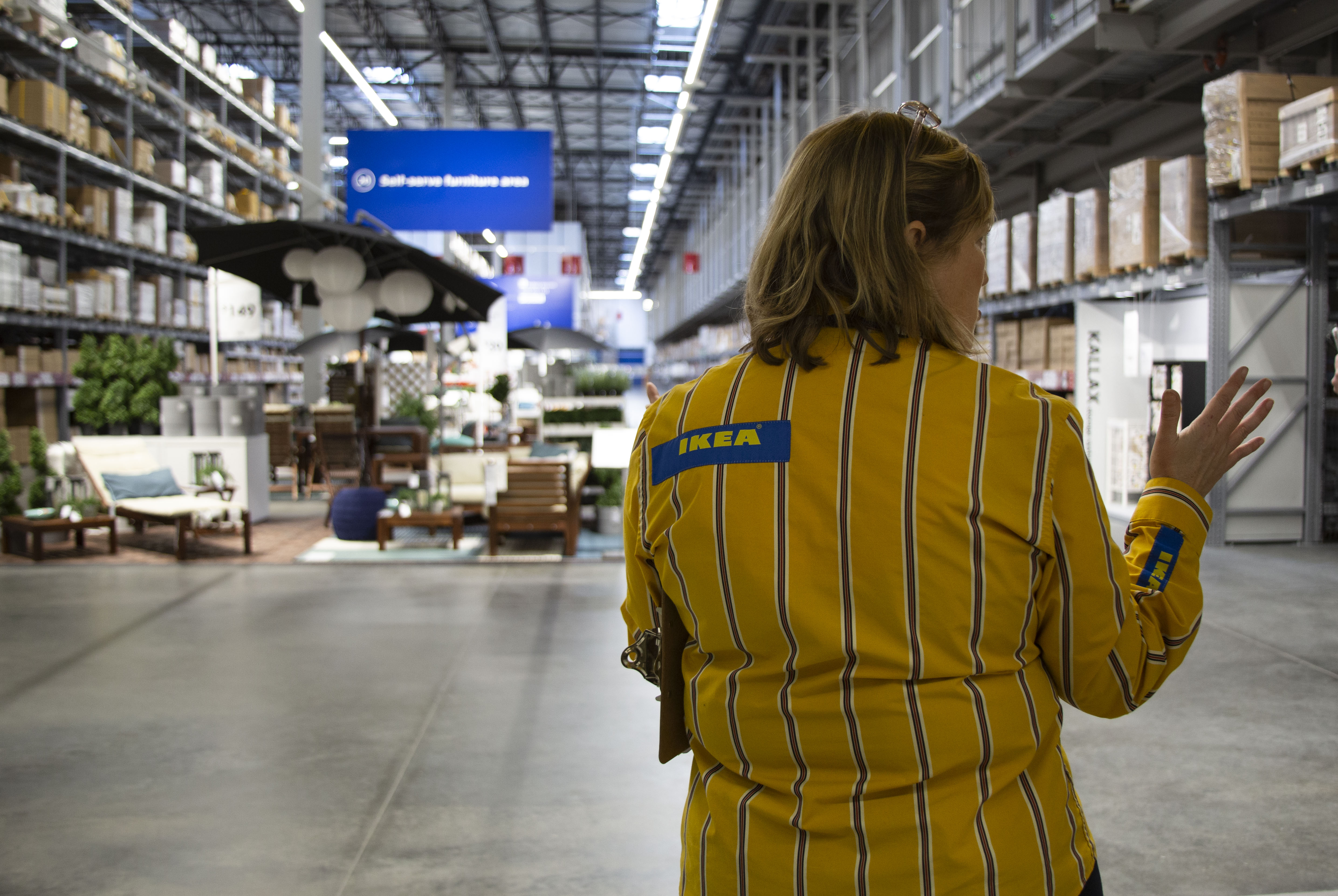 With full bellies and a newfound desire to walk, we headed off on our tour of the facility. An IKEA co-worker who had been with the company for 19 years led us on a tour of the showroom, giving us fun facts and interesting tidbits that even as avid IKEA fans, we never knew.

For example, did you know that the hinges on some of IKEA’s kitchen cabinets are made by Ferrari? Or that the Norfolk store is the first in the United States to sell ceiling fans? Or that IKEA designs all the rooms on the floor based on personas they create that are specific to the area you live? Pretty cool.

We meandered through the store, snapping lots of photos and making lots of mental shopping lists for when we could come back and spend our money (all of it). After getting more inspiration than we’ll ever need, we went to what the co-worker called the “Target” section of the store, which basically means it’s the section of the store you could actually pick things up and drop them in your shopping bag.

After an hour and a half, we finally made it to the warehouse, the “Costco” part of the store, where you find all of those large products you wanted in the showroom (think beds, tables, dresses) packaged up flat and ready for assembly with a trusty Allen wrench. 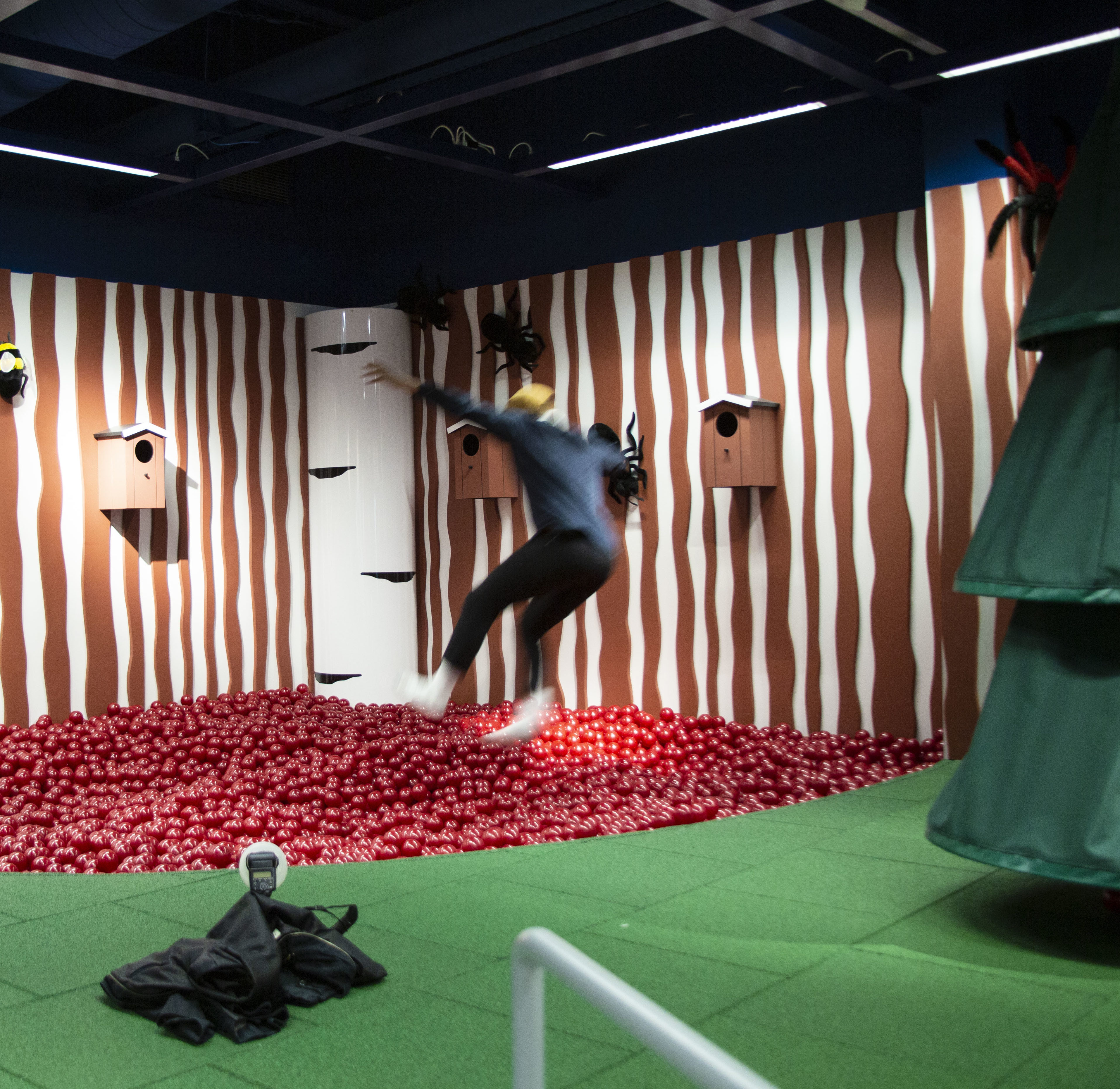 We also passed the scratch-and-dent section, which already had some goods waiting for shoppers when the store opens, and the grocery section, which includes freezer and pantry goods, as well as the pick-and-mix lördagsgodis candy wall. Being the adults we are, we also got to break the height rules and play in Småland, which is a forest-themed kids play area complete with a ball pit.

We don’t think we’ll be able to wake up and hit the line at 5 a.m. for the grand opening celebration, but we’ll definitely be making the trip back soon.

IKEA Norfolk, located at 1500 IKEA Way, will hold its grand opening celebration on Wednesday, April 10. There will be live entertainment, giveaways and a ceremonial log cutting, opposed to a ribbon cutting. 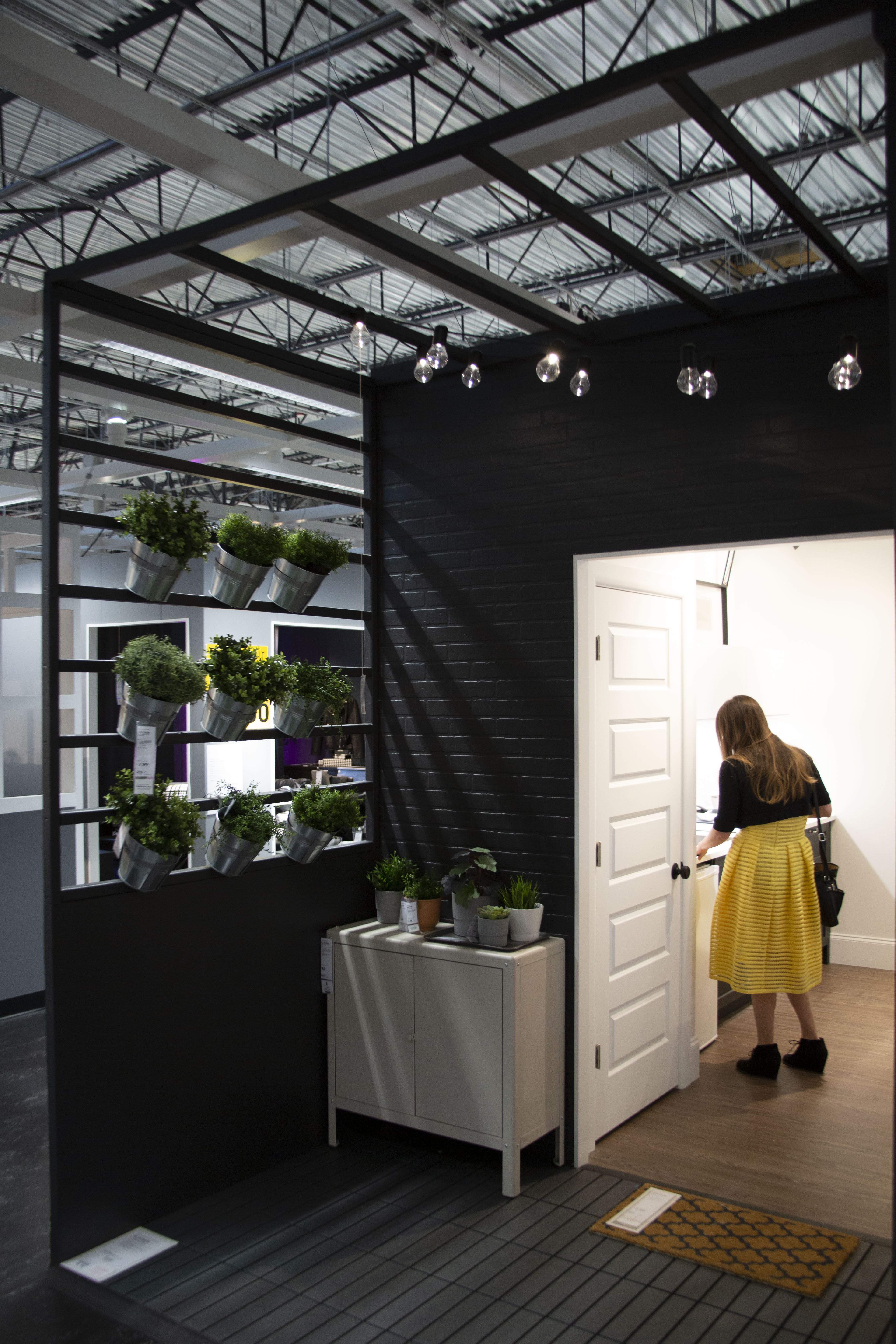 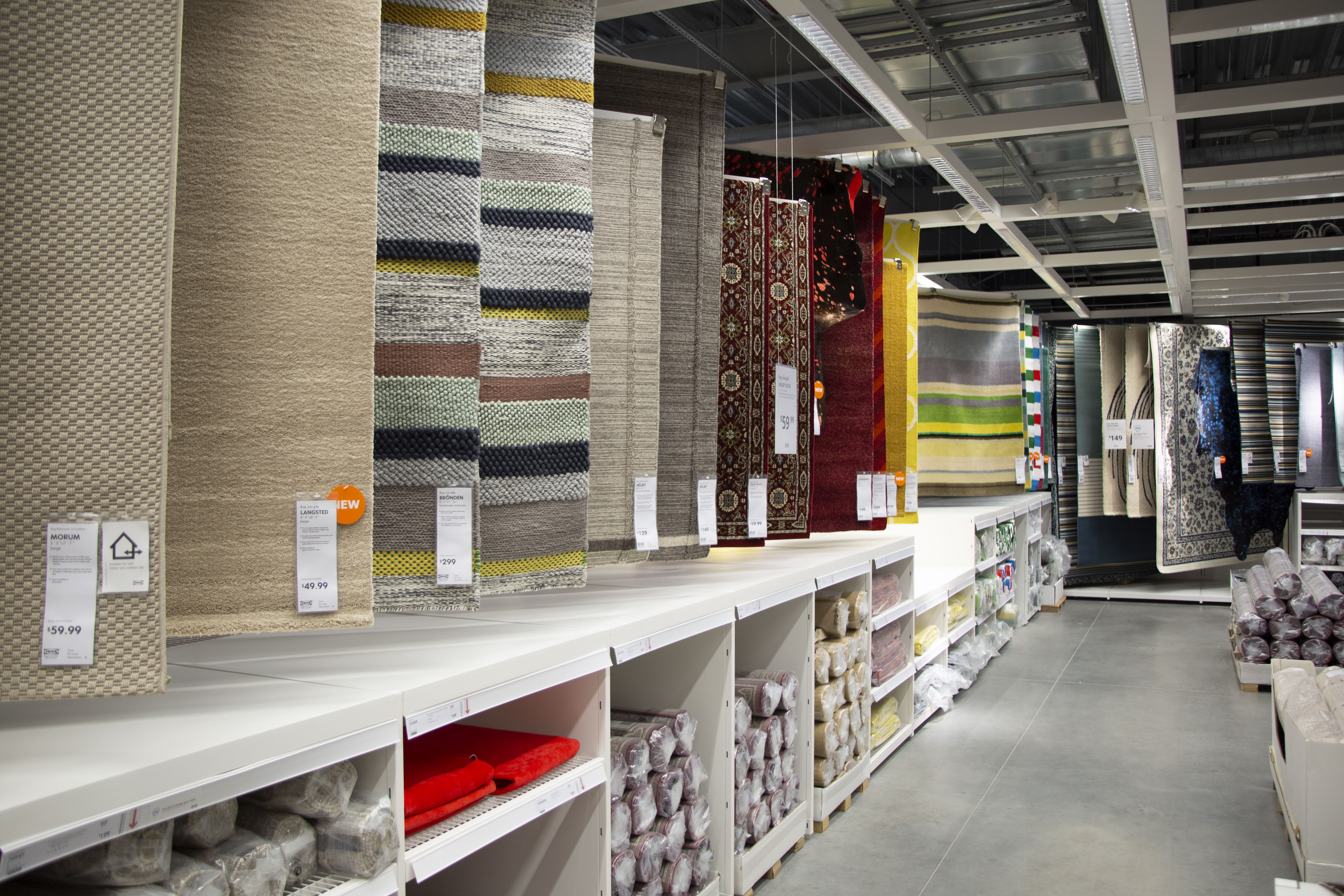 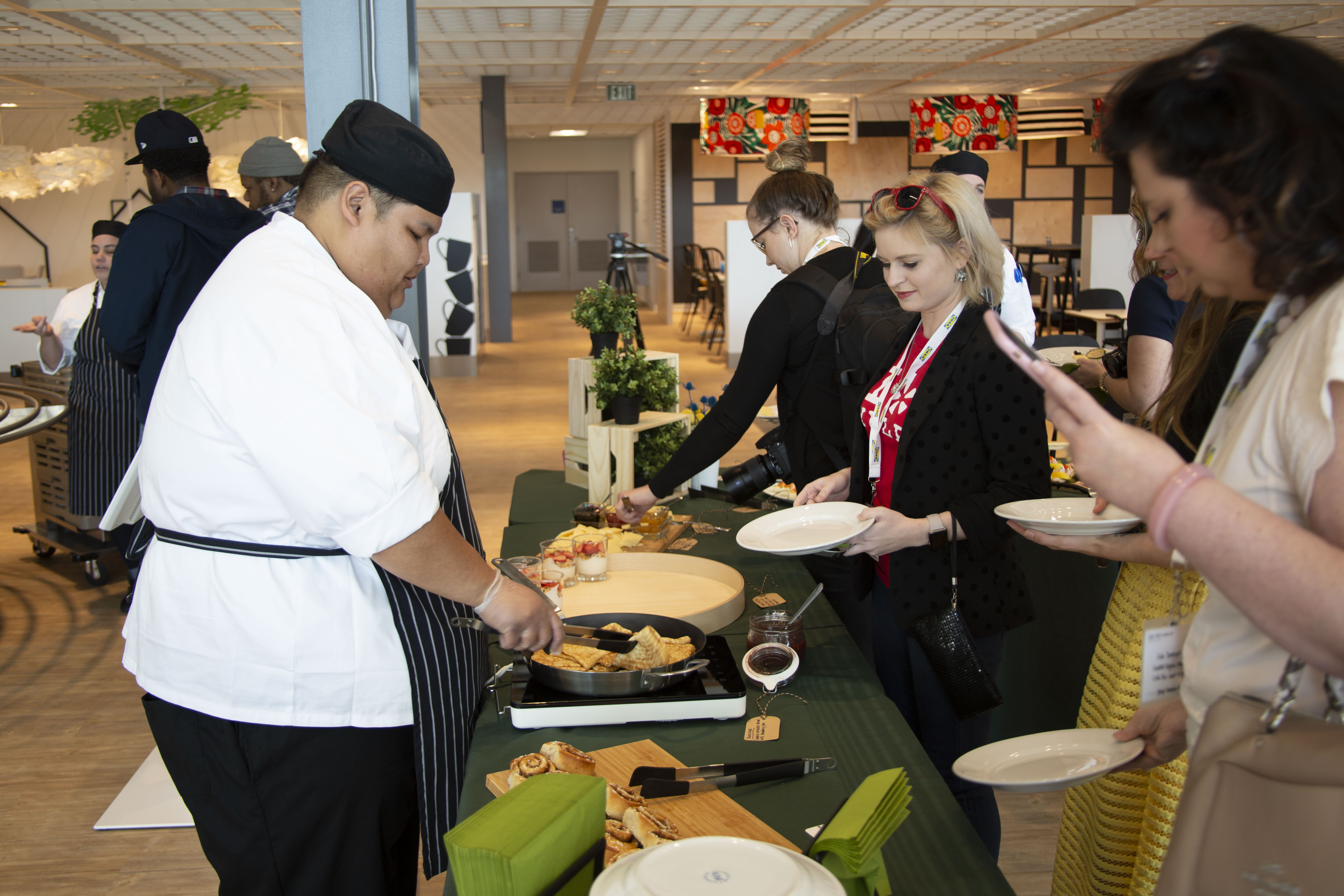 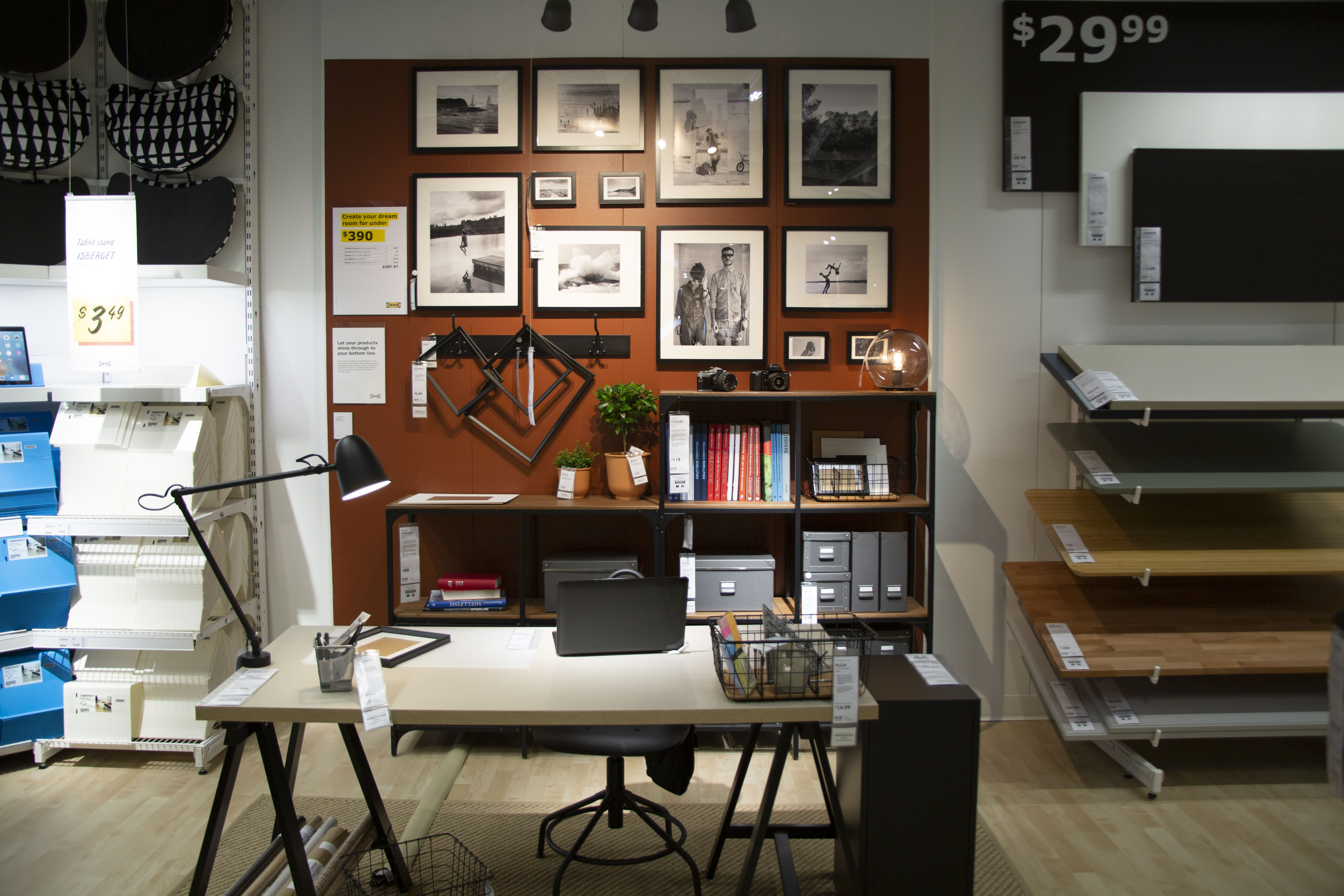