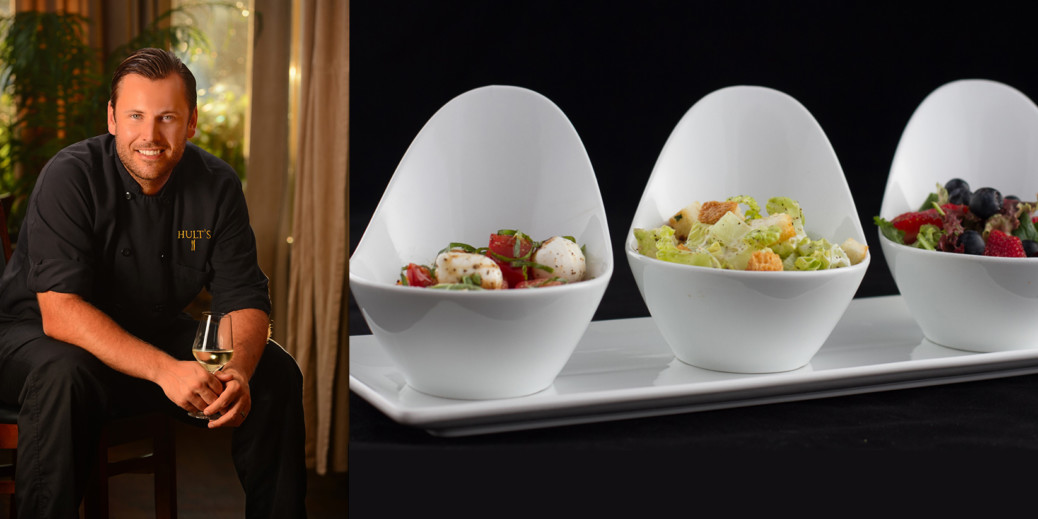 Alexander Hult knew a thing or two about risk before he opened his eponymous restaurant in the Northern California community of Los Gatos.

After all, this was only the third career for the Swedish native.

As he was growing up in Borlänge, about two hours outside of Stockholm, Hult always was driving toward playing hockey as a professional. He was a hulking 6-foot-2 center who played in his first Swedish national game at age 16. One scouting website, Hockey’s Future, described him as “gifted with some size and the willingness to play physical,” but, more important, it noted his good work ethic and attitude. 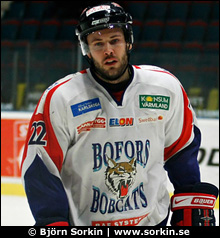 A bad fall coupled with unforgiving ice – not to mention a Russian defender – when he was 18 caused him to leave the rink with a significant knee injury. After extensive rehabilitation, he continued his career, but repeated injuries to his weakened knee made him realize he couldn’t return to the same intensity.

“I tried to come back, but I wasn’t at the same level,” Hult said. “I wasn’t as good anymore.”

He was drafted when he was 19 in 2003 by San Jose of the NHL, but never took the ice for the Sharks. Hult played competitively for league teams in Russia, Sweden, Norway, America and Poland, working the pro circuit for more than a decade.

Even as he continued to glide onto the ice in the latest team jersey, Hult had launched his second career, making a good living playing online poker. During his playing time in Las Vegas, Hult even met his future wife, a former Miss Nevada.

“I was doing pretty good,” Hult said of that career, which ended when new government regulations virtually put the growing industry at a standstill. “It pretty unreal when they shut it down. I made some pretty good money playing.”

So where would a proven risk-taker turn to for a third career? Restaurants, of which 60 percent close in the first year and 80 percent don’t celebrate their fifth anniversary.

Growing up in Sweden, he often helped his mother in her business, which included six restaurants. He spent enough time in those businesses to learn how to run both the front and back of the house.

In 2013, he opened Hult’s, billed as an upscale farm-to-table restaurant that dishes up “California cuisine with Swedish influences.” While Hult might not be wearing chef’s whites in the kitchen, he personally helps concept and finesse every dish on the menu. Recently, the restaurant was named Silicon Valley’s small business of the year by California legislators.

In the opening years, he faced virtually every challenge that would make even a seasoned veteran shut the door and walk away. There was a robbery, a flood and a fire.

“It was definitely a rough couple of years,” Hult said.

Those challenges didn’t deter him, and Hult continued to refine his talents for taking care of his diners. The food always comes first, because, as he noted, “You please people through their bellies.”

Check out the brunch, lunch or dinner menus, and the Swedish influences shine through.

There’s toast skagen, a base of brioche bun topped with shrimp salad and trout caviar. Swedish pancakes, fluffy with lingonberries. And a filet of elk, accompanied with mushrooms, mashed potatoes, lingonberry jam and housemade pickles.

“People like to try it because no one else offers it; it’s fun,” Hult said.

In March, Hult and his wife, Sarah Chapman-Hult, welcomed their daughter, Daisy Grace. The proud father is doing his best to introduce his baby girl to his Swedish heritage, such as speaking his native language every day. But with limited access to ice rinks in the San Jose suburbs, he jokes that she definitely will be walking before she can skate.

Last winter, Hult made a return to the hockey rink, helping coach a local high school team, but that required a significant investment of time. Since July 2015, he has been president of the Chamber of Commerce in Los Gatos, settling in the San Jose suburbs where his wife grew up. And the demands of a young child and a new project will make it difficult to return any time soon to a coaching gig.

His newest restaurant, Flights, opened in early July in nearby Campbell with a menu focus on flights of food and beverages. Take, for example, the trio of meatballs, which start with Polynesian and Italian versions. The third option hints at his Scandinavian background, as the platter includes a version of his grandmother’s Swedish meatballs, complete with an accent of lingonberries.

“These ones are packed with a lot of love,” he said. “That’s for sure.”