H&M Is Gearing Up For H&M X Moschino Collection 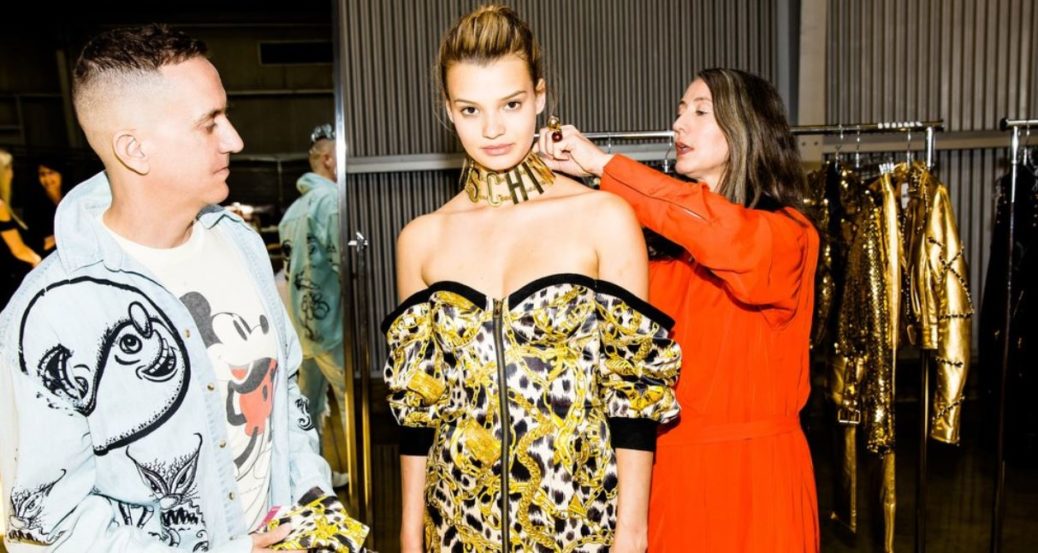 H&M Is Gearing Up For H&M X Moschino Collection

H&M is known to launch some amazing collaborations with high-end fashion houses, bringing the looks and designs of some of the most sought-after labels into the hands of the mass market. Balmain, Alexander Wang. This year? Moschino.

H&M worked with creative director Jeremy Scott on this year’s collaboration. W has a look at the collection, for both men and women, and over the weekend, Harper’s Bazaar talked about the collab’s first advertising campaign, where one ad features Gigi Hadid in a leader mini dress. Unfortunately, we still have a few more weeks until the looks go on sale – but mark your calendar for Nov. 8.

A couple of articles on Billboard caught our attention this week. The first teases a possible Swedish House Mafia reunion based on some posters that have popped up around Stockholm. The second was about Tove Lo’s upcoming film, “Blue Lips,” which is named after the album she dropped last year. Lots of teasing, Billboard, so we’ll have to wait and see what happens.

Wonder what ‘The Lion’ has to say about this…

One of our favorite Swedish soccer stars, Zlatan Ibrahimović, signed a deal with L.A. Galaxy after a relatively brief stint at the Premier League’s Manchester United. But is there another Swede who’s going to take his place? The soccer rumor mill seems to think so. ESPN reports that Andreas Granqvist could be on the short list for Manchester United for the upcoming transfer window. During the FIFA World Cup, Granqvist helped lead Sweden into the quarterfinals by scoring two goals over five matches.

No, this isn’t a plot line from this week’s Grey’s Anatomy. Swedish startup Cellink is hoping to make it a reality. According to Business Insider, the company “has found a way to make skin, ears, liver cells, and can even replicate fully functional cancer tumors that can then be used to develop new cancer treatments.” The 3D printing company started as a small startup, but in just two short years, the company has a presence in 48 countries.

Marcus Engman, the former head of design at IKEA, has left the company to start his own design business venture. According to Fast Company, Engman is heading up the new company Skewed Production. He says of design and marketing, “I want to show there’s an alternative to marketing, which is actually design. And if you work with design and communications in the right way, that would be the best kind of marketing, without buying media.