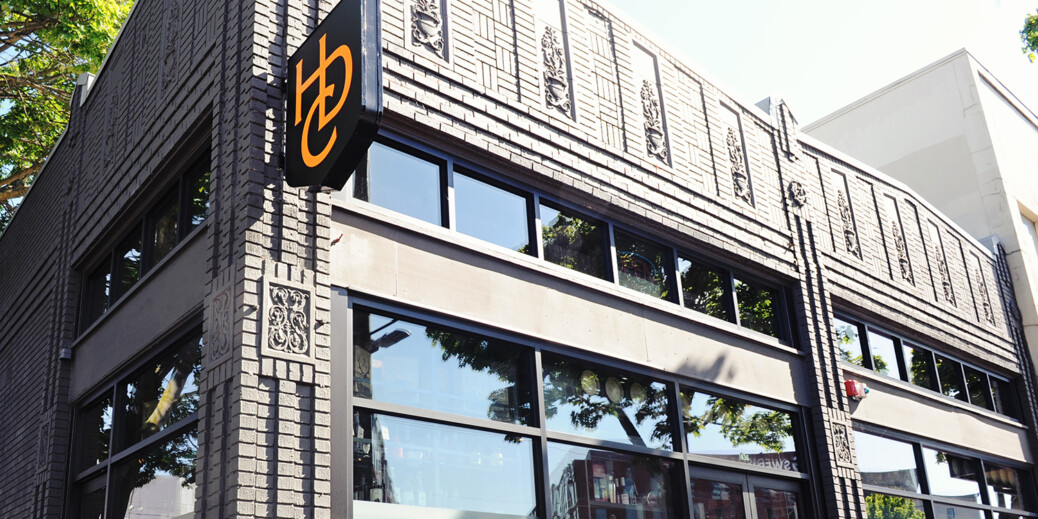 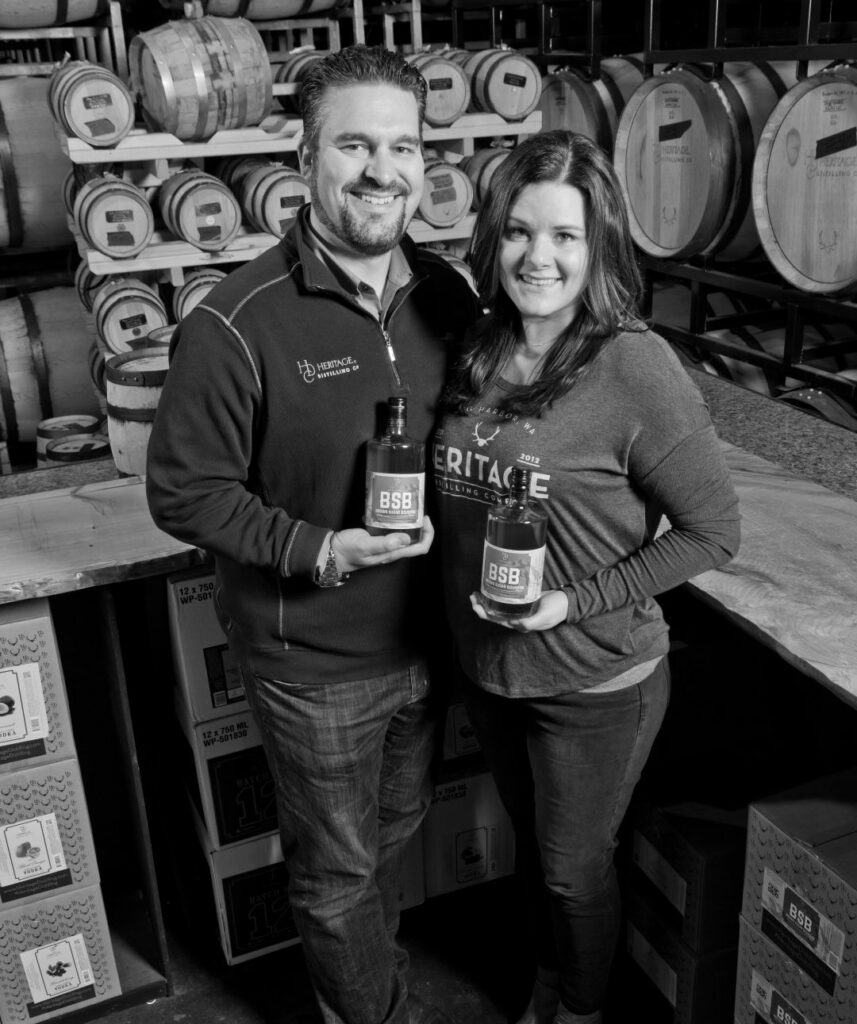 If you’re a craft distillery whose owner has Nordic roots, you know to look up and around when you decide to open an outpost in the Ballard neighborhood. For those not already in the know, this conclave within Seattle is steeped in Scandinavian tradition.

Heritage Distilling Co. did its homework as it planned this recent expansion. Founded in 2012 in Gig Harbor, Wash., with a second venue across the Oregon border in Eugene, Heritage saw an opportunity to build immediate engagement with its new neighbors simply by augmenting its spirits selection. Indeed, one of the first products to come off the Ballard distillery line was an aquavit.

Granted, Heritage’s owner Jennifer Stiefel traces her Scandinavian family tree back to cousins she regularly visits in Norway, but aquavit has deep-grown roots in every Nordic nation. In Ballard, you’ll find the National Nordic Museum, the Sons of Norway community center and scores of restaurants with menus that start with Swedish meatballs and pickled herring.

And so, too, can you find Heritage Distilling Co.’s aquavit.

“Each time we’ve opened one of these locations, we really try and think about what the local community is like and how can we get involved in the local community,” said Hannah Hanley, Heritage’s chief marketing officer. “When we opened in the Ballard neighborhood of Seattle, there’s such a huge Norwegian and Scandinavian population that we knew we had to make aquavit. And, yes, we did.”

Heritage’s Bestemors, – which translates from Norwegian to grandmother – Aquavit is a small-batch spirit. So small, in fact, that you can only find it in the Ballard location, since its release over the summer. (On the other hand, Heritage’s signature spirit, Brown Sugar Bourbon, has national distribution.)

Without question, the one thing that defines aquavit is that there is no one way to define it – other than describing it as an intensely flavored alcoholic beverage. Over dozens of generations, aquavit first was distilled from imported wine, until Swedish and Norwegian soldiers discovered while abroad that grain could be used and brought this “revolutionary knowledge” back to Scandinavia in the 16th century, as Heritage describes the product history. 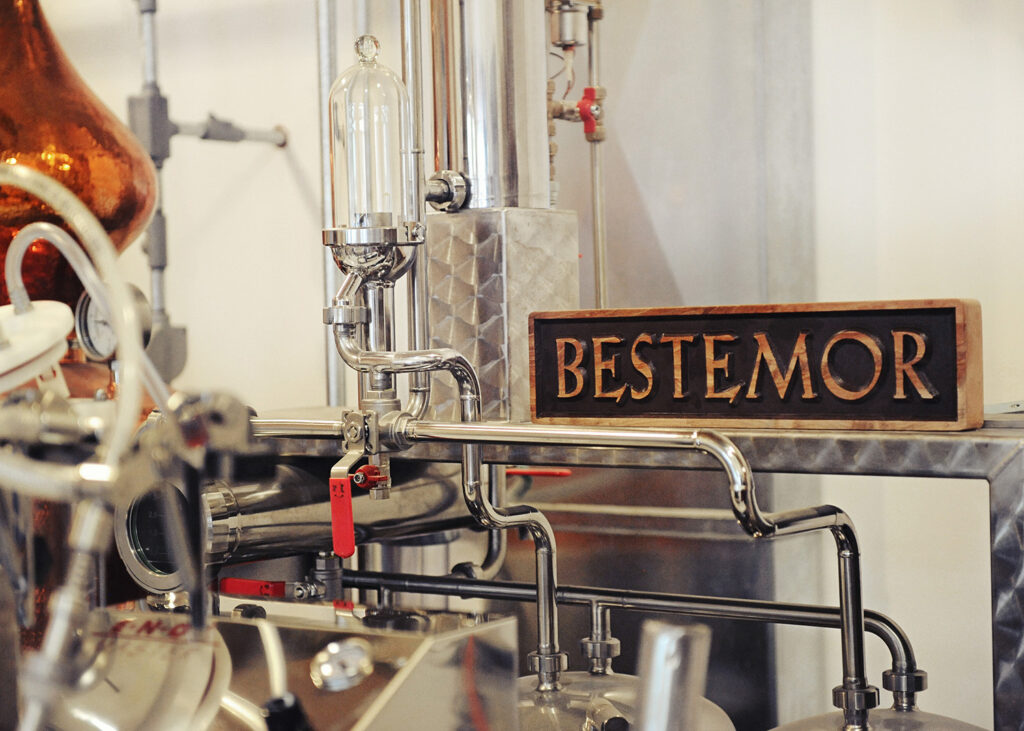 Bestemors starts with Heritage’s 100 percent corn vodka. To incorporate the Nordic customs with a Pacific Northwest twist, master distiller Dain Grimmer experimented with different maturation periods and different blends of aromatic spices and other flavors. What ultimately made it to Heritage’s aging barrels is an aquavit that builds on the traditional caraway base with sweet orange peel, juniper, dillweed, coriander, fennel, clove and star anise. After a short maceration, the botanicals are removed. In goes fresh-cracked caraway for a final distilling. 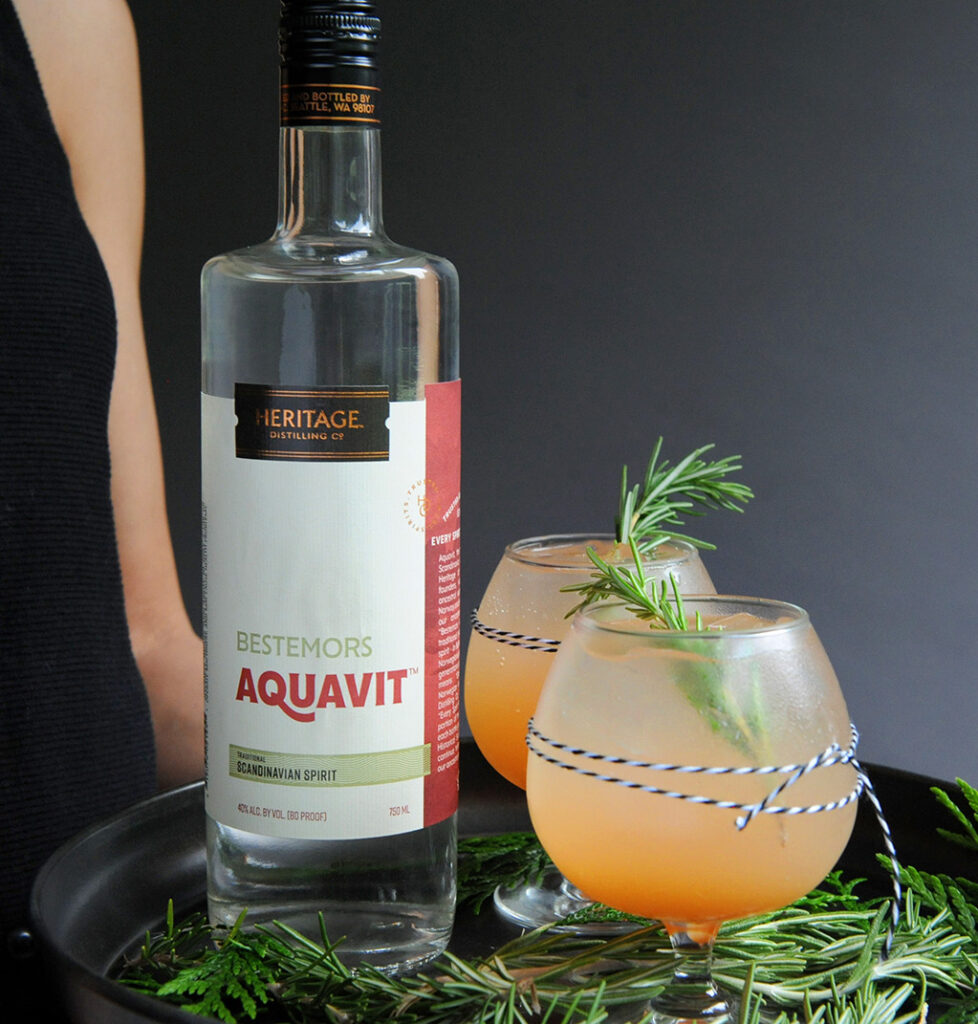 The resulting aperitif reflects the authenticity of Heritage’s own story, as it bows to a more Norwegian style. Bestemors has “a really crisp and clean take on the traditional style. So it’s a little floral. It’s got the notes of black licorice from the star anise,” Hanley said.

With the winter holidays here, the popularity of aquavit begins to peak, as it’s traditionally served during special festivities. Many people opt to sip aquavit on its own, but it also provides a unique element for seasonal cocktails.

“For people who are familiar with this type of spirit, they get excited because usually they have some sort of tie or heritage tie to it or memories of, you know, their families drinking it on holidays or something like that,” Hanley said.

The response has been positive.