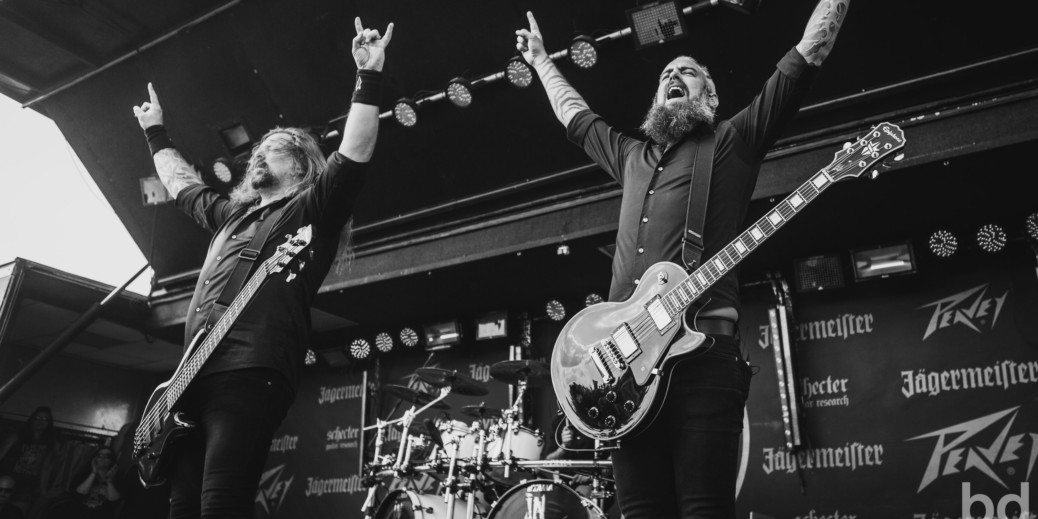 Over the weekend, Fort Rock, billed as South Florida’s biggest rock festival, rolled into Fort Myers and rocked the two-day crowds of nearly 25,000. There among headliners Def Leppard, Soundgarden and The Offspring was In Flames, a metal band formed in 1990 in Gothenburg Sweden and credited with helping start a music genre known as melodic death metal.

Sunday’s appearance at Fort Rock capped the first of crazy five weeks that will see the band zig-zag across the Eastern half of the United States – among the cities they’ll hit are Providence, R.I., Baltimore, Atlanta, Milwaukee, Memphis and Dallas.

The band has released 12 studio albums, most recently “Battles” in late 2016, and despite changing band members and styles over their 25 years, has legions of fans stretching from Sweden to the States and in between. Its Facebook community is 1.2 million strong, and Twitter checks in at 320,000.

Check out tour dates here, and check out In Flames if you like to rock.