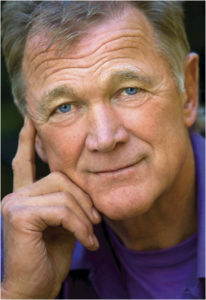 Here at Umgås, we take Swedish movies pretty seriously. And, as you probably know, we also take birthdays very seriously.

So, on that note, we’d like to wish a big Umgås HBD to Bo Svenson, a Swedish-American action legend whose credits include “The Inglorious Bastards” – he also appeared in “Inglourious Basterds” 31 years later and is the only person to appear in both films – “North Dallas Forty,” “Magnum, P.I.” and “Murder, She Wrote.”

To celebrate, here’s a look at a few of Svenson’s most memorable roles.

When you think of action movies, someone like Dwayne “The Rock” Johnson probably comes to mind. But before The Rock made strides as a club-swinging, crime-stopping sheriff in the 2004 “Walking Tall” remake, Svenson starred in the sequels of the original 1973 movie. Set to tell the true story of a larger-than-life Tennessee sheriff waging a one-man war on drugs and crime in his small town, “Walking Tall, Part 2” cast Svenson for the sheriff’s role after Pusser himself, originally set to take his own role, passed unexpectedly. Standing at 6-foot-6, Svenson delivered big, earning himself both a role in the final film of the “Walking Tall” trilogy, a short-lived “Walking Tall” TV series in 1981 and international recognition as an action-genre actor.

After Svenson’s success in “Walking Tall, Part 2,” he landed a starring role in the 1976 cult classic “Breaking Point.” Svenson plays the role of Michael McBain, a judo instructor forced to protect his family from members of a powerful organized crime mafia after he witnesses a murder. When witness protection falls short and his family is no longer safe under witness protection, McBain has to take matters into his own hands. Backed into a corner… you can probably guess how the rest goes. Perhaps the bad guys don’t realize that Michael McBain is a judo master. Yet, perhaps you don’t know that Svenson himself has a fourth-degree black belt in judo.

While Svenson doesn’t spend his time in “Kill Bill: Volume 2” swinging a club or dishing out judo chops, his role as Reverend Harmony in the kung-fu thriller was as memorable as it was understated. Early in the movie, as the camera fades into the iconic chapel scene, we come face to face with Reverend Harmony as he walks the bride-to-be through the ceremony. “Now, when we come to the part where I say, ‘You may now kiss the bride,’ you may kiss the bride. But don’t stick your tongue in her mouth…This might be funny to your friends, but it would be embarrassing to your parents.” I wish we could say that Reverend Harmony, gentle and bucolic, soon would spring into action and defend the chapel from the impending Deadly Viper Assassination Squad attack, but such is not the case.

He must have been too exhausted from all those action movies in the ’80s.