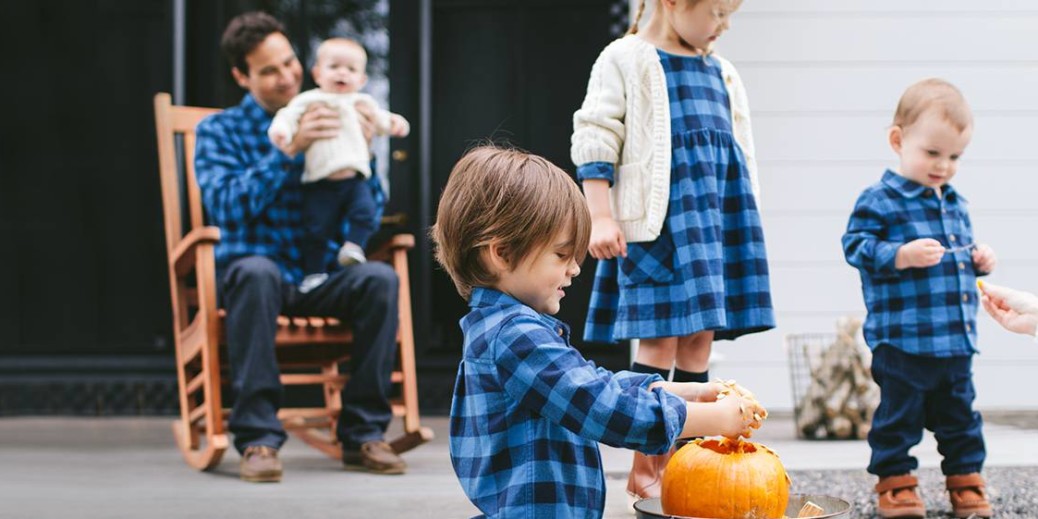 Unbeknownst to Gun Denhart and her husband back in 1983, the mail-order clothing company they ran out of their garage would turn into one of the largest children’s clothes businesses with more than 80 retail locations around the country.

Hanna Andersson sells clothing, mostly for children (infants through pre-teens), as well as bedding and some womenswear, maternity and other family-matching gear. While Hanna Andersson is an American company, the Swedish influences behind the brand are abundantly clear – starting with its founder, Denhart.

Denhart was raised in Sweden but eventually made her way to the States, where she met her husband, Tom. The two settled in Connecticut and according to an interview on the Hanna Blog, Denhart recalls batting around different business ventures they could embark on. It wasn’t until a trip back to Sweden – where she visited a factory that produced children’s clothes – when Denhart decided this was the direction she wanted to take.

Named after Gun’s Swedish grandmother and using Tom’s handwriting for its logo, Hanna Andersson was born.

The company’s operation is headquartered in Portland, Ore. The Denharts led the company for 18 years, but they eventually sold the business in 2001 for a reported price tag of $175 million.

Once the Denharts sold, Hanna Andersson continued to grow, keeping its Swedish quality and design intact. The company’s success became so appealing, in 2016, private equity firm L. Catterton acquired it. According to a press release about the acquisition, “Hanna Andersson has been generating double-digit annual revenue growth since 2010 through a combination of its heritage catalog business and attractive e-commerce platform.”

In recent company news, Joelle Maher succeeded Adam Stone as President and CEO earlier this year. Maher previously had been with another children’s brand – Gymboree – as well as Levi Strauss & Co., Old Navy and Sears.

You can’t talk about Swedish influences without talking about design.

Simplistic, no frills, bells or whistles – with smart pops of color. A lot of Hanna Andersson’s garments have a stripe pattern, something it has earned a bit of a reputation for (see here for a super cute dress for baby girl or this kimono-style onesie for your little man). And while you can treat yourself to frills if you want (and by frills, we mean tulle) – we love the ease of its garments.

Beyond its design, Hanna Andersson’s clothes also embrace Sweden’s sustainable practices. All of Hanna Andersson’s garments are OEKO-TEX® Standard 100 certified – which means everything from the yarn, to the finished fabric, right down to the buttons and snaps and are free from 100 harmful chemicals and substances.

Hanna Andersson believes in making quality products, free of harsh chemicals and made with the softest organic cotton available. Not only does Hanna Anderson want its littlest customers to feel good in what they’re wearing, but it also wants you to feel good by shopping there. The company has given millions of dollars and clothing to children in need. In addition to its charitable giving, 15 percent of profits from some articles of clothing (like its famous striped kids’ pajamas), go to Raising a Reader, a literacy and family engagement program.