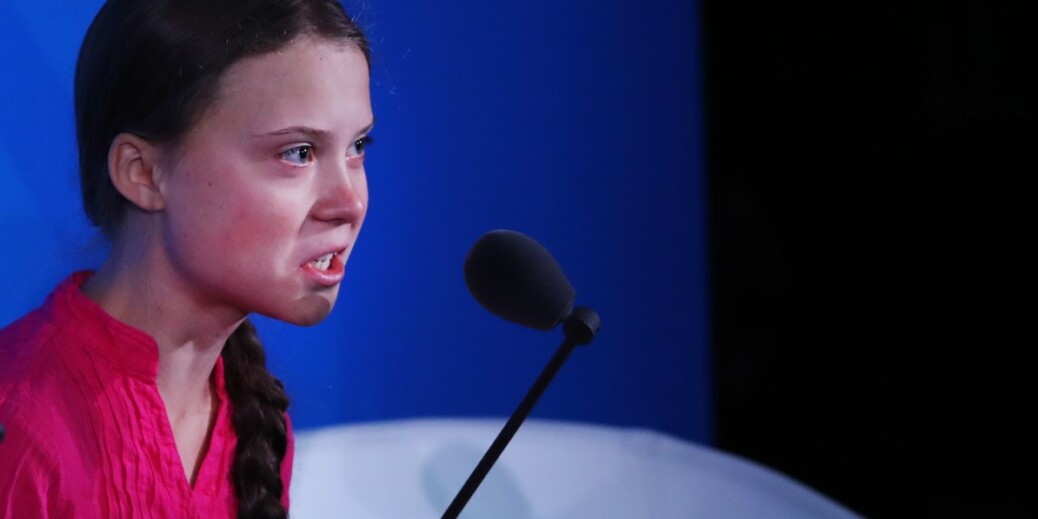 Greta Thunberg is channeling her boss lady roots, dominating the conversation on climate change on the international stage. After journeying across the Atlantic in a zero-emission sailboat, she proceeded onto the scene, testifying to Congress (and straight owning the suits and ties in front of her) and making the media rounds.

From her testimony to leading the global strike on climate change (which started on Sept. 20 through Sept. 27), she’s been everywhere. Here are some of her best moments during her work in the United States.

Thunberg, during a speech at the 2019 Climate Action Summit, addressed world leaders about the need to stop the effects of climate change and said, “You all come to us young people for hope. How dare you? You have stolen my dreams and my childhood with your empty words.”

“By panic, I don’t mean literally panic, but that we and especially they [world leaders] step out of their comfort zone, because the planet is out of its comfort zone.”

Thunberg sat down with PBS NewsHour’s William Brangham and said, “Many people seem to have this double moral, where they say one thing and do another thing. ‘The climate crisis is very important,’ and yet they do nothing about it – like, cognitive dissonance.”

In interview with the Washington Post, Thunberg said, “People always talk about this 12 years left, 11 years left to reduce the emissions by 50 or 45%. And then I learned that was for a 50/50% chance of meeting or staying below the 1.5°C warming limit – and those figures are also global so they don’t mention the aspect of equality and don’t include feedback loops or non-linear tipping points. The numbers are compromised in a way.”

The Daily Show with Trevor Noah

“I am one of the very few people in the world who can do such a trip, so I thought, ‘Why not?’”

Bill Weir, who calls Thunberg an “old soul,” sat down with Thunberg to talk about her journey. “The symbolism of the school strike is that since you adults don’t give a damn about my future, I won’t either.”

“When a child says that you are stealing my future, then people feel very guilty. They listen in a way that maybe that haven’t done before,” she tells Kelly Cobiella.