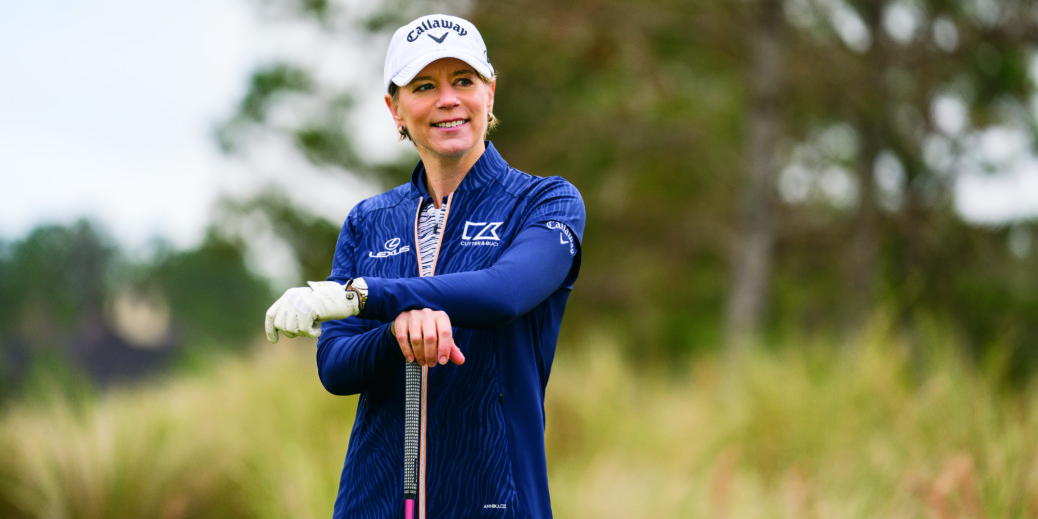 Courtesy of The ANNIKA Foundation

Just more than a decade ago, Annika Sörenstam walked off the golf course as a professional golfer for the last time.

Since then, the indelible impression she left on the game has been matched by the impact she is making on the future of the game: Her ANNIKA Foundation provides opportunities in women’s golf while teaching young golfers the importance of a healthy, active lifestyle.

Who better to take on that mission than one of the greatest golfers of all time?

Sörenstam, born in Bro, Sweden (about a half hour northwest of Stockholm), piled up 89 victories – including 10 major championships – in a Hall of Fame career that ended when she retired at the age of 38, a year after launching her foundation. Incredibly, she won 43 of 104 LPGA events from 2001-05 and was named LPGA golfer of the year eight times, a record.

And along the way, she became the first woman (and only to date) to shoot a 59 in LPGA competition. She became the first woman since 1945 to tee it up with the men when she competed at the Bank of America Colonial in 2003, an amazing year that saw her: win the LPGA Championship and Women’s British Open (completing her career Grand Slam); lead Europe to a win in the Solheim Cup in her native Sweden; compete (and finish second) with Fred Couples, Mark O’Meara and Phil Mickelson in the Skins Game; and be inducted into the World Golf Hall of Fame.

At her Hall of Fame induction, Sörenstam said, “After I played Colonial, Ron Sirak, a golf writer and a friend said, ‘Annika can no longer be looked at as a female golfer, now she is simply a golfer.’ Truly, that is all I ever aspired to be.”

Sörenstam, who lives in Florida with her husband Mike McGee and their two children, took time out of her busy schedule to talk with us about her foundation, career and future.

Thank you for taking the time to catch up with us. You started your foundation in 2007. What was the genesis of the idea?

I have always felt the game of golf has been so good to me. It’s given me nearly everything I have in my life. It’s taken me around the world. Introduced me to my husband and led to our family. I just wanted to give junior girls opportunities to pursue their dreams because I feel like I am living mine.

What are a few things you’re most proud of with the foundation’s work?

I am proud of everything we have done. The fact that we host seven global junior tournaments with over 600 participants annually is amazing. We have over 60 countries represented each year. Over 600 of our alumnae have played or are playing college golf, and over 45 have earned LPGA Tour cards.

Growing up, you enjoyed skiing and tennis before you started playing golf. What drew you to golf?

At first, I thought golf was boring. However, my parents played a lot, and my sister and I used to have to go along to the course. We would play soccer on the range, dive in the ponds for balls and ride their pull carts like horses. Eventually, I was drawn to the challenges of the game. Every day was different with the conditions, hole locations, etc. You could also practice and play by yourself, whereas tennis you are sort of limited with regards to your playing partners.

When did you realize that you were really good and could do this for a living? Out of curiosity, how far do you think you could have gone in tennis?

I think when I played at the University of Arizona and got to see some LPGA players up close at a local event it really inspired me. I got some invites to events and played well, so I was confident I could do it for a living. My backhand wasn’t the best, so I’m not sure I could have gotten much past the junior or high school level.

If golf, or other sports, didn’t pan out, what would a younger Annika’s career path have looked like?

I would have studied hard and been an engineer.

What do you remember about your first LPGA title, the U.S. Open in 1995, and your last, at Kingsmill in 2008, a couple days before you announced your retirement?

My first win on the LPGA happened to be the biggest tournament in women’s golf, the U.S. Women’s Open. It was surreal. It literally changed my life, and people started want to know more and more about me. My weeks got busier in terms of media and sponsor obligations. All good stuff, but I certainly had to adjust my preparation.

My last LPGA win was special as we knew I was going to announce that I was stepping away in just a few days. I had won my last event in 2007 on the LET [Ladies European Tour] and then three of my first eight to start 2008. Had I played badly that Sunday and not won, it certainly would have had a different tone. But to close out in style and go out on top was special.

And we’d be remiss if we didn’t ask about Colonial. Looking back, what did that tournament mean to you back then, and what does it mean to you today?

Colonial will always be one of the highlights of my career as I look back. It really taught me a lot about myself. The journey was incredible. I got stronger and dealt with nerves I had never felt before. It was never about saying I could compete with the men. It was about challenging myself and stepping outside of my comfort zone. After that, I really took off and had some of the best years of my career on the LPGA.

You’ve shared that Amy Alcott encouraged you to stop and smell the roses. Would you do more of that, or change anything else if you had the chance to do it all over again?

I suppose I would have taken a little more time to smell the roses in hindsight, but who knows, had I spent more time enjoying things, I most likely wouldn’t have kept winning at the pace I did. It’s fun to reflect back now.

Any favorite courses or holes you can share? Favorite titles? Favorite playing partners?

I love Pine Valley and Augusta National. All of my Majors are special. It’s ironic that I played with my sister when I shot my 59. That was a special day.

Can you describe your process for golf course design? How long does it take you? And what are some of your signature traits in your designs?

Every course design is different. It really depends on the land, budget and allotted timeframe. I like to try and make courses that players of both genders and any skill set can enjoy equally. Family and junior golfers are very important to me, and I like to reflect that in my designs with a lot of tees.

Your husband has been involved with golf his whole life. And we read where your children began to dabble in golf. Do you think they may take to golf the way their parents did?

My husband’s dad, Jerry, played the Tour for many years and played in a Ryder Cup. Mike studied Sports Management in school and spent 10 years managing professional golf tournaments and players before going to work as my manager in 2006. Our kids are getting more interested in golf. It’s fun to see, and I hope it continues.

Fast forward 10 years… where do you see yourself, your course designs and your foundation?

I am fortunate to still have eight sponsors and a thriving clothing line called the ANNIKA Collection with Cutter & Buck. I hope that keeps growing globally, and I hope to get more design work. Our foundation will continue to grow, but I’m not sure how many events we’ll have as I like to be very involved in each event. I can only be so many places, especially with our kids getting older. I’m very proud of everything we are doing and hope it all continues to grow in a strategic, meaningful way.

To learn more about the ANNIKA Foundation, visit https://www.annikafoundation.org/.