Get a Grip: Saab’s Latest Gripen Ready to Fly 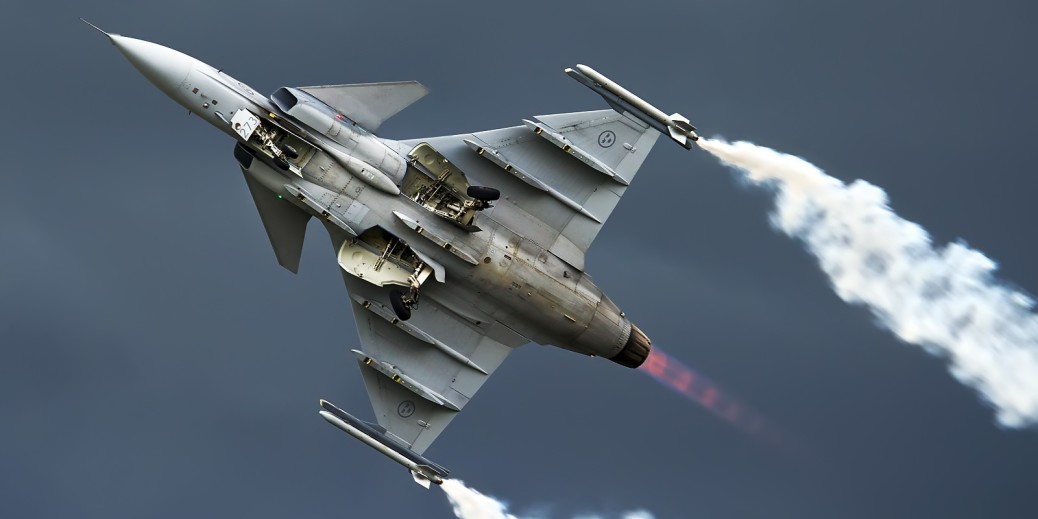 Get a Grip: Saab’s Latest Gripen Ready to Fly

Most Americans might think of the now defunct car brand when they see the name Saab.

But they should look to the sky to see the company’s success.  Saab, or the “Swedish Aeroplane Company Limited,” has been helping Sweden and the world fly since 1937.  Perhaps the most impressive thing that Saab produces today is a world-class fighter jet that is used by militaries from almost every continent on the planet.

This month, the company announced the sixth generation of its famed Gripen line of aircrafts – the Gripen E prototype. Swedish for Griffin, the Gripen brings to mind the ferocity of a lion with the superb flight skills of an eagle. Clocking in at 1,522 mph, the “Smart Fighter” carries weapons like glide bombs and long-range air-to-air missiles.

After nine years of development, the original Gripen took to the skies almost 30 years ago on December 9, 1988, for the Swedish Air Force. Since then, it has gone through multiple variations and found a home in air forces across the world, including Brazil, South Africa, Czech Republic, Hungary, the United Kingdom and Thailand.

Ever wonder how pilots learn how to fly complex aircrafts like the Gripen?

In 2013, two Brazilian fighter pilots were chosen to become the official instructors of Gripen jets for their country’s air force.

Captains Ramon Lincoln Santos Fórneas and Gustavo de Oliveira Pascotto had to move to Såtenäs by the shore of Lake Vänern in Sweden for six months to learn every aspect of the jets that would soon be landing on the shores of Brazil.

“We are prepared for hard work since there is so much we not only have to learn, but also take on board fully so that we can pass it on to others,” Gustavo said in a press release. “The course seems very thorough and everything has been well planned so I am sure everything will be fine,” he said when beginning his training.

As they progressed through the flight school, preparing for their departure, the jet continued to impress them.

“It was fascinating to experience Gripen’s characteristics, and it is easy to see the advantages the pilot has in extreme situations, when the information needed to perform a task is clearly presented,” Ramon said in another statement. “It feels like the aircraft is talking to you, giving you the correct information at the right time.”

Since most people never will have the chance to sit in the Gripen’s cockpit, check out the active simulation.