In the News: The Gävle Goat Still Stands 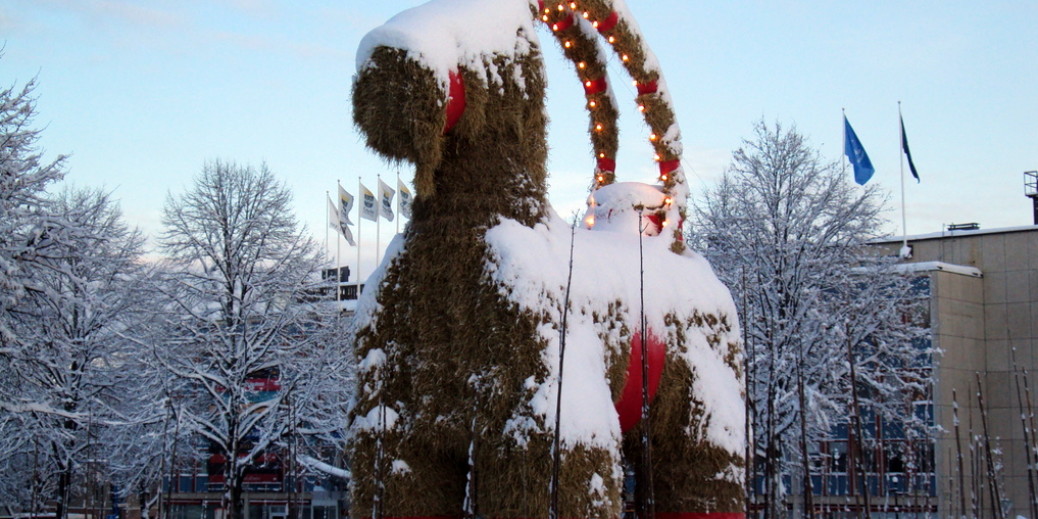 In the News: The Gävle Goat Still Stands

Earlier this week, we announced the return of this year’s 43-foot-tall straw goat known as the Gävle Goat. And at the time of this posting – the goat still stands! But Travel + Leisure (and probably all the residents of Gävle) are asking themselves, “How long until the goat gets burned down this year?”

The travel publication also noted that in the goat’s 51-year history, it’s been burned to the ground 35 times. If you’re worried about the fella, keep tabs on him through the town’s live web cam.

“The Girl in the Spider’s Web,” the sequel to the American version of “The Girl with the Dragon Tattoo,” has announced another shakeup to the original film’s cast. Mikael Blomquist, who was played by Daniel Craig in the 2011 film, will be played by Sverrir Gudnason, according to Vulture. Gudnason mostly has starred in foreign films, but he does play tennis star Björn Borg in Borg vs McEnroe. We can’t wait to see what he brings to the character!

Uniti, an up-and-comer in the Swedish car scene, is an urban electric car that focuses on safety, sustainability and scalability. Still in its pre-order phase, the company is working on solidifying its foothold in the e-car market by offering five years of free electricity to Swedish-based buyers of the vehicle, according to Curbed. Uniti teamed up with E.ON, a local energy company, to make this offer happen.

The end of the year is one of our favorite times to watch the news. Big companies and organizations are announcing year-end numbers and results, and media outlets push out lists, roundups and other content that we gobble up (we love it so much, you just may see similar articles here soon…). One such piece by Business Insider Nordic announced the 10 largest businesses in Sweden according to the stock market. H&M lost its top position to Volvo, which is immediately followed by Ericsson, then H&M, Volvo Cars and Skanska to round out the Top 5.

Sustainable food practices: from your ingredients to the fridge

Linda Granebring knows a thing or two about food. She’s a Swedish chef who’s currently based in Paris, and Bon Appetit’s Healthyish caught up with her to chat about sustainable, no-waste food practices. Among her tips? Plan your dishes thinking of the vegetable first, keep pickling liquid on hand and buy on-demand instead of stocking up in bulk.