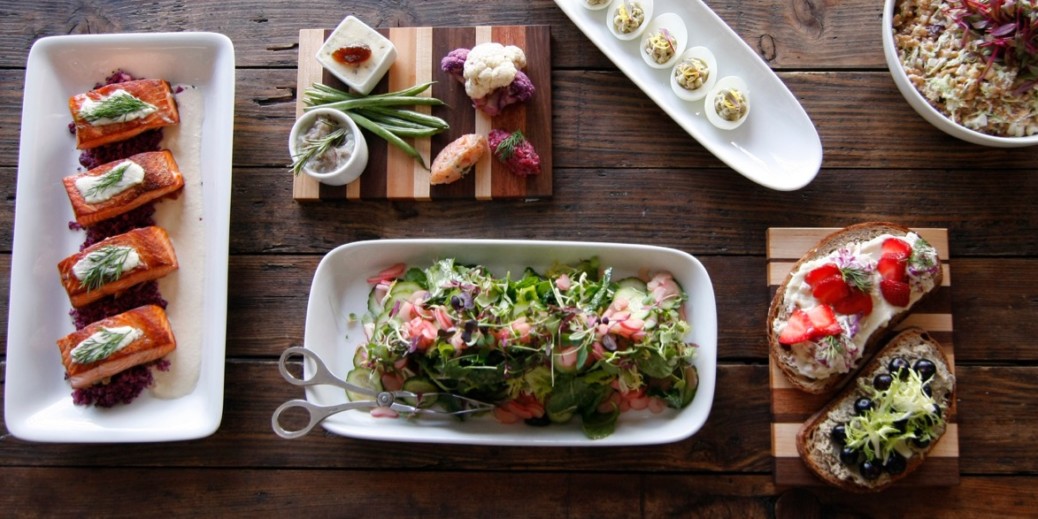 Photos courtesy of the Nordic Museum Consider the menu a Smörgåsbord of Scandinavian cuisine. Of course, some things are expected – like multiple variations on salmon – but dig a little deeper to find some reinventions of Nordic cuisine, married with the forward-facing local style.

This is what visitors find when they enter Freya, the restaurant in the Nordic Museum in Seattle’s Ballard area. The restaurant name draws from that of a Norse goddess of love, who drives a chariot pulled by two cats.

When the museum itself is showcasing the culture and history of five Scandinavian countries, its in-house restaurant, operated by the local City Catering Company, must do the same.

“We try to draw from all the Scandinavian countries and their flavor profiles,” said Bob Pennington, the chef who oversees Freya. “But it’s also a matter of what we do here in the Pacific Northwest.”

The menu evolved after a tasting with museum board members, who gave recommendations that helped to blend flavors across traditional country lines. Among those directives were to feature salmon, charcuterie and new interpretations of smørrebrød, those classic open-faced Danish sandwiches usually on dense rye. The menu also needed to offer lite fare that museumgoers can drop in to enjoy after touring the exhibition galleries.

The Nordic theme carries to the drink offerings, which include the traditional Scandinavian aquavit dating to the 15th century and brennivin, a clear, unsweetened schnapps found across Iceland. As with many restaurants in the region, Freya sources ingredients from cheese to cured meats from local purveyors. That parallels what cooks and chefs would do in the original Scandinavian cuisine, while allowing a bit of creativity for the restaurant’s kitchen.

Even The Washington Post has found Freya, as it travelled cross-country to explore Seattle’s burgeoning Scandinavian cuisine, with the museum café evolving with ongoing community input. “Staffers have learned the fine points of herring suppliers, traditional shrimp size (small), the quantity of the local lingonberry harvest (smaller), Swedish meatball varieties (highly controversial),” the article states, “and how the senior citizens who linger late in the afternoon require caffeinated coffee.”