All it took was a grumpy old man called Ove (oh-veh) to put Swedish author Fredrik Backman on the literary map.

Backman grew up in Helsingborg, Sweden. He now lives in Stockholm with his wife and two children, that is when he’s not out on tour promoting his books.

He has published novels, novellas and a nonfiction collection. His first novel, “A Man Called Ove,” debuted in 2012 and will be released as a movie starring Tom Hanks this year (it first was turned into a movie in Sweden in 2015).

Backman has been writing for the Helsingborgs Dagblad, one of the largest newspapers published in Swedish, and Moore Magazine – when he’s not working on his novels, of course. 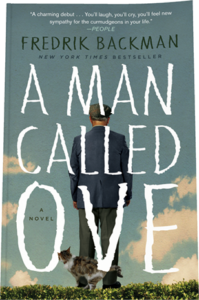 His novels include “A Man Called Ove,” “My Grandmother Asked Me to Tell You She’s Sorry,” “Britt-Marie Was Here,” “Beartown” and “Us Against You” and have been published in more than 25 languages. He works with a translator on all his novels since he writes in his native tongue, Swedish.

In an interview with Goodreads he said, “People ask, why is Scandinavian literature so popular abroad? I think it’s because Scandinavian writers – Swedish writers in particular – have this tradition of storytelling which is very straightforward and character based.”

He also frequently posts on his blog, which is sometimes the inspiration for his novels.

On his website he said, “There were some elements in the character of Ove that I played around with in my blog and some things that I wrote about my dad that the blog readers enjoyed, and that eventually found its way into the novel.”

His blog also includes serious topics including depression and anxiety that he hopes will help others struggling with the same thing. 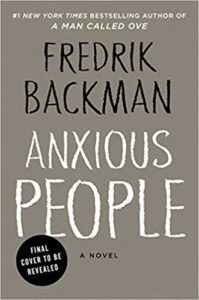 Although he has made the New York Times Bestseller List – three times, might we add – Backman is not one to brag.

In an interview with Shelf Awareness, he said: “The thing is: I’m not a very good writer. And I don’t say that to be humble, I’m just saying that I’m not very good technically. I’m better at telling stories than constructing language, which I think can be compared to musicians: The best song writers are rarely the best musicians.”

Next up is “Anxious People,” described as “A riotous comedy about a hostage situation at a Swedish apartment viewing,” in August of 2020.