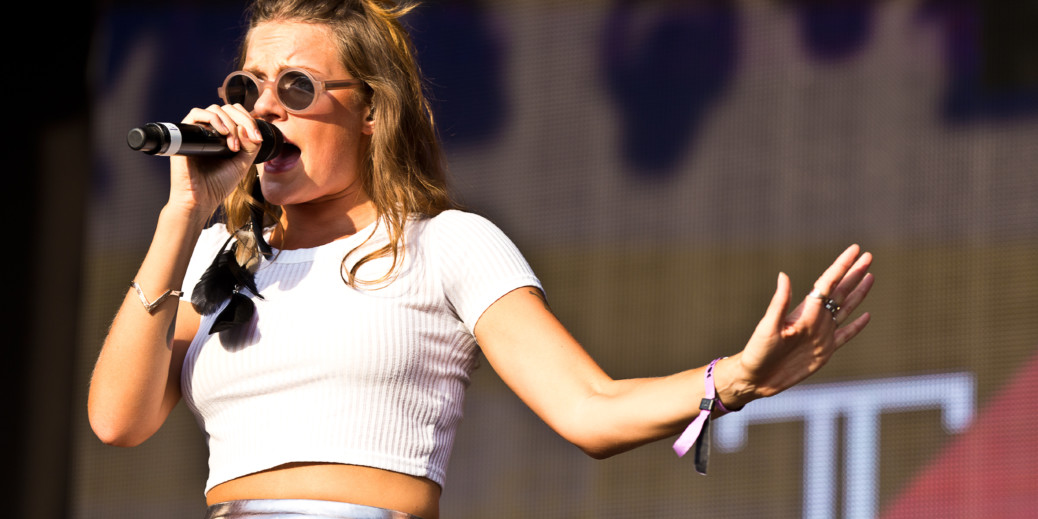 Out of a posh neighborhood just north of Stockholm came a pop artist now globally known for her dark, damaged sound: Tove Lo.

Called the world’s “most brutally honest pop star” by Out magazine, Lo’s songs introduced her raw stories to the upbeat genre. Her diversion from its status quo is what brought her to fame  ̶  her 2015 debut hit “Habits (Stay High)” drew inspiration from the star’s crude reality-chasing rushes.

Lo’s new album “Lady Wood” follows her first release “Queen of the Clouds,” which jump-started the 29-year-old’s career and landed her award nominations from Golden Globes to Grammys.

You may recognize her music from “Late Night with Seth Meyers” or the 2015 hit “Love Me Like You Do,” which she co-wrote with Ellie Goulding. This month, Lo’s “Lies in the Dark” was featured on the “Fifty Shades Darker” soundtrack, and later this year, she’ll be touring with Coldplay.

As her tour returns home to Stockholm this week to promote her second album, here are four of our favorite songs by the Swedish star.

“Cool Girl,” the lead single off Lo’s newest album “Lady Wood,” takes a sarcastic jab at popular culture in its lyrics. It is part of the short film “Fairy Dust,” a series of music videos for the album’s first six songs.

“Habits” debuted in 2013 and hit the charts the following year, when it skyrocketed Lo into the public eye and the Billboard Hot 100. It won Song of the Year at Sweden’s Grammis Awards.

“Moments” premiered in 2015 as the final single from Lo’s first album, “Queen of the Clouds.” The video follows one of the artist’s signature nights “chasing rushes,” the motivation behind her music.

“Not on Drugs” was released as a single for Lo’s EP Truth Serum on Swedish radio in 2014. Its story is a predecessor to the post-relationship breakdown that launched her career with “Queen of the Clouds.”