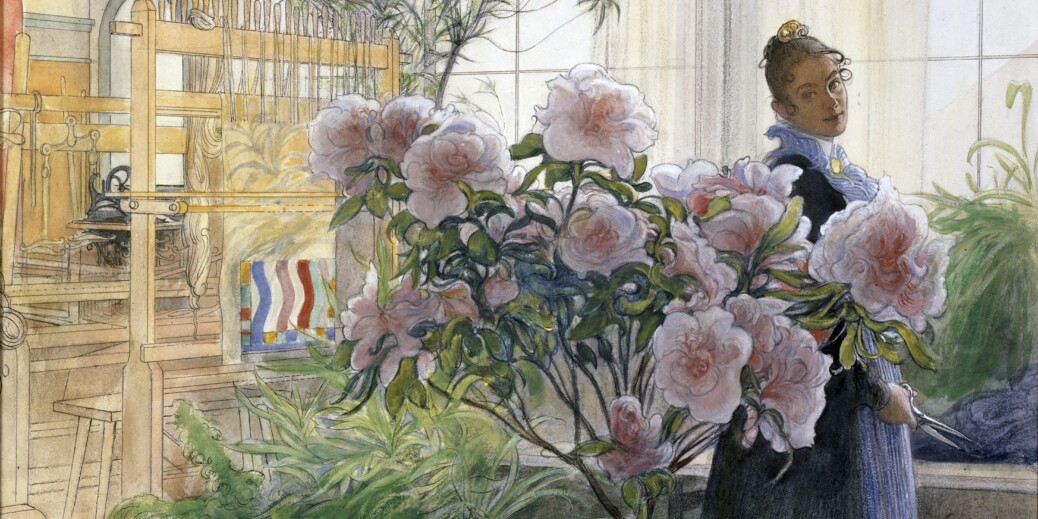 Swedes are known for innovation and staying ahead of trends, and the visual art scene is one of no exception to that rule.

If you are planning to visit an art museum in the near future and want to learn about big-name Swedish artists to be on the lookout for, you’ve come to the right place. These five Swedes are some of the most well-known contributors to various art movements and museums across the world.

Anders Zorn was one the most famous artists to hail from Sweden. Zorn was a true master of medium and materials, including printmaking and sculpture, but most notably oil and watercolor painting. Zorn brought a sensuality and life-like quality to his scenes of landscapes and portraits. Zorn’s impressive reputation gave him the opportunity to make portraits of King Oscar II of Sweden, as well as American presidents Grover Cleveland, William H. Taft and Theodore Roosevelt. A portion of his best works resides in the National Museum of Fine Arts in Sweden, honoring Zorn as one the greats.

Maria Röhl was the official portrait artist for the royal court during the first half of the 19th century and painted for Swedish royalty and celebrities. Her expansive collection of 1,800 portraits was collected by the Swedish Royal Library and is exhibited at the national museum in Stockholm.

Walking past The Swedish National Museum of Fine Arts, you can admire one of Carl Larsson’s greatest works, “Midvinterblot” or “Midwinter Sacrifice.” Larsson’s mural inside the building involving figures from Norse mythology is a large contrast to his watercolor and oil paintings featuring idyllic paintings of the countryside. The Arts and Crafts movement played a pivotal role in romantic and simple nature of Larsson’s work, as well as the decoration of his home, Lilla Hyttnäs, which is now a historical site in Sundborn, Sweden.

We’ve written about Hilma af Klint in the past, but she always deserves a shout-out. During the early 20th century when men were thought to be the first abstract painters, af Klint silently spearheaded the radical movement while she honed her craft. Her larger-than-life paintings were not unveiled to the public until 75 years after her passing, but her works now are getting their deserved international recognition with exhibitions in New York and Stockholm this year.

When you look at the Swedish modernism movement, Sigrid Hjertén is a big player. Hjertén studied textile design before becoming a painter, which shows in her rich use of patterns and materials. She was a successful during her active years as an artist and participated in 106 exhibitions, with collections still shown in Moderna Museet in Stockholm and the Gothenburg Museum of Art.