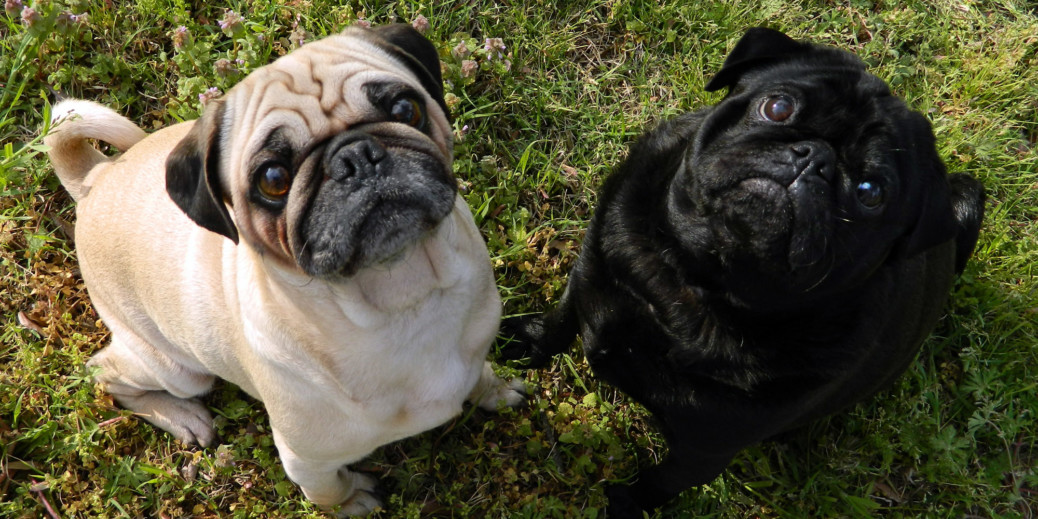 Whether you think pugs are ugly, ugly cute or just plain cute, these wrinkly pups have quite the following on social media. On Instagram alone, these five pugs in Sweden have more than 72,000 followers between them, and we just can’t stop scrolling through their feeds!

Touting the tagline, “I didn’t chose the puglife, the puglife chose me,” this 4-year-old cutie loves sitting on the couch and hanging with his human brother Jack. He’s also been known to wear an accessory or two.

The tale of two siblings, these pug pups are inseparable! Malte (11) and Leona (4) are cuddle bugs who enjoy nice, warm naps together. They’ve also been known to trek outdoors for adventures with their humans.

Ingo, a.k.a. the polar pug, lives in the Arctic Circle of Sweden. He is the older brother to his Malamute brother, who may be better suited for their snowy climate, but that doesn’t keep this pug from getting his paws dirty, er, wet.

Enzo hit Instagram-handle gold with @swedishpug. This 3-year-old pup loves to go for a walk just as much as he loves lazy cuddles on the couch with his humans. Still in his puppy years, Enzo loves to play, run and jump (in between naps, of course).

Pug the Pug, a.k.a. Puggis, is the self-proclaimed Swedish queen of pug photography. This gal isn’t camera shy. She’s usually frolicking outside in the snow or showing off her sense of humor, posing indoors.