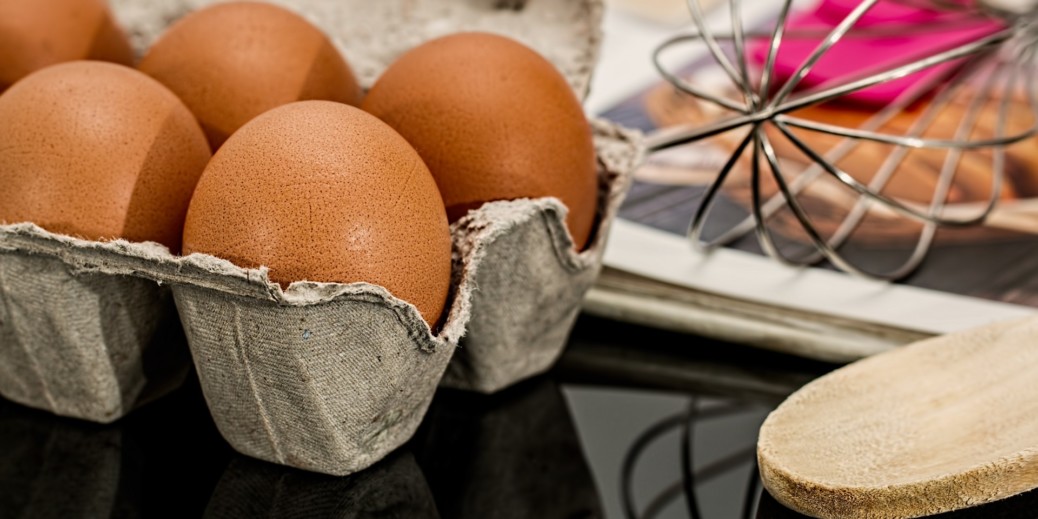 Nordic cuisine is more than the meatballs and lingonberries of Sweden, the lefse and lutefisk of Norway, and herring-topped smørrebrød of Denmark. While these iconic Scandinavian foods are noteworthy, each region of the North has a deep and unique history of food culture that goes beyond these obvious dishes.

The following books explore the rich food history of the North – from dishes that have been passed down from hundreds of years to recipes that explore the modern concept of New Nordic cuisine. If you are looking to embark on
a new culinary adventure or seeking a Nordic culture and history lesson, add these cookbooks to your must-read list. 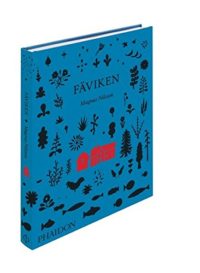 Since we all don’t have the privilege or means to experience a life-altering meal at Sweden’s Fäviken Magasinet (see our story A Taste of Fäviken), it will suffice to live vicariously through Chef Magnus Nilsson’s book, Fäviken (here’s a look at Nilsson). In his testament to the New Nordic food philosophy, Nilsson explains how Fäviken came to be, how the restaurant runs from day to day, and the restaurant’s unique dining experience. Recipes are for the adventurous chef, and for others, it’s an interesting read on the culture behind the region’s new food movement. 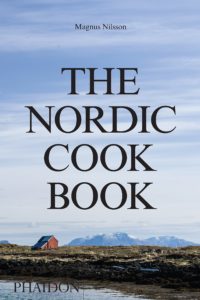 “I realized that most of what has been published in English on Nordic and Scandinavian home cooking really sucks,” writes Magnus Nilsson in his book The Nordic Cookbook. “Most of the time the food in them is a vague reflection of something that is a bit restauranty and central European in style, but with lingonberries added to it.”

Nilsson’s second cookbook is a beast of a book, an encyclopedia of Nordic cuisine from the beginning of time (when the world was foraged from the giant Ymir’s body) until now. Nilsson discusses how all the Nordic cultures are linked, but most importantly, how they are unique and special to each region, and he does this through the lens of food. Nilsson also explains why Nordic people eat what they do (a key component that many cookbooks forget to mention). The end product is 2.5-inch book of recipes and food history that he compiled after researching and interviewing hundreds of people across the Nordic region. It’s the most comprehensive book on the North’s cuisine yet. 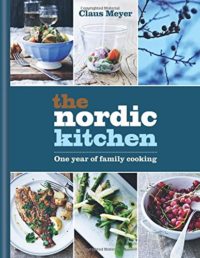 The Nordic Kitchen: One Year of Family Cooking

Claus Meyer, the co-founder of the famous Michelin-starred restaurant Noma in Copenhagen and a father of New Nordic cuisine, has written a brilliant cookbook explaining how to take the intimidating concept of New Nordic and apply it to your very own kitchen. The book is broken up by season, and each season lists the available ingredients (produce and meats), along with items you can forage, such as berries, mushrooms and greens. The beautiful photographs and conversational writing make the Scandinavian recipes look delicious and sound doable. 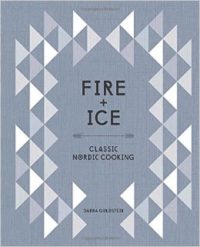 In her cookbook Fire + Ice: Classic Nordic Cooking, Darra Goldstein, founding editor of the James Beard Award-winning food journal Gastronomica, shares traditional recipes of the North, from the Arctic dwelling Sami tribe to Finns, Swedes, Danes and Norwegians. Along with recipes, Goldstein discusses cuisine specific to each country. A helpful resource in the back of the book lists online sources to order hard-to-come-by ingredients such as Västerbotten cheese, elderflower concentrate, Swedish mustard, red currant jelly, along with trout and whitefish roe. The beautiful photography of nature and effortlessly styled dishes make this book a keeper for the coffee table. 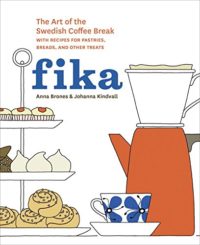 FIKA: The Art of the Swedish Coffee Break

Along with explaining the concept and history of fika (the Swedish coffee break), the authors of this book (here’s our story about them!) share an array of recipes for delicious baked goods – classic Swedish pastries and their own twists on traditional treats – that just happen to pair perfectly with a cup of coffee. Everyday snacks include vetebullar (cinnamon and cardamom buns) and fikonrutor (fig squares). A chapter is dedicated to baked goods for special holidays: namnsdagar (name days), fettisdagen (Fat Tuesday) and advent and lucia. And, a breads and sandwiches section discusses savory Swedish breads, like tunnbröd (Swedish flat bread) and how to make the perfect smörgås (open-faced sandwich).