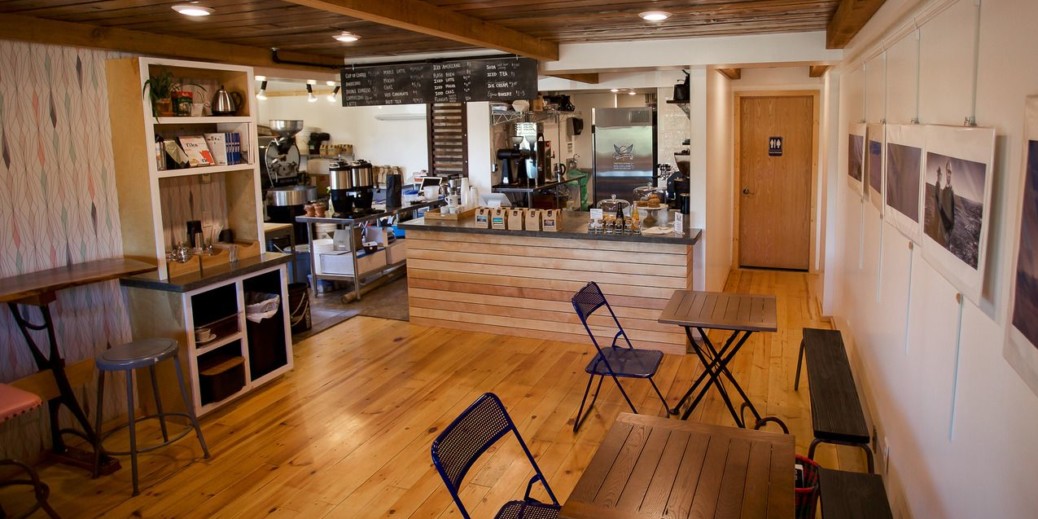 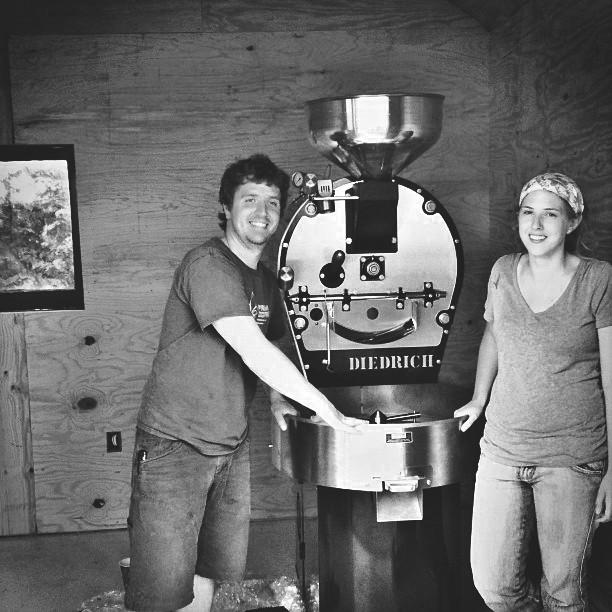 Josh Lindstrom moved away from Grand Marais, a quaint hamlet on Minnesota’s North Shore of Lake Superior, when he was only 8.

Nearly two decades later, he came back with a solution to the problem that prompted his family to leave: limited opportunities in a remote community for full-time work that wasn’t reliant on working in the service industry that supported tourism.

“I wanted to create and sustain a business that wasn’t dependent on seasonality,” Lindstrom said. 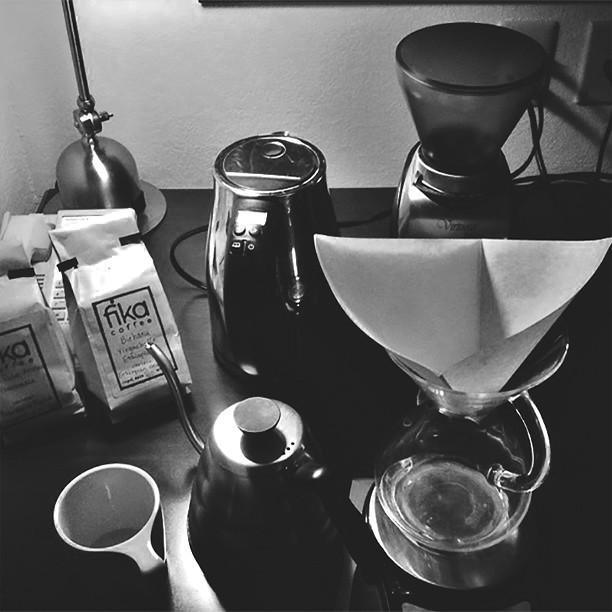 While studying arts and Bible at a small liberal arts college, Lindstrom took a favorite job for many students – working as a barista at a local coffee chain with an in-house roaster. He recalled that experience years later, when he and his wife, Stephanie, found themselves drawn back to the North Shore.

“If I could roast coffee, package it up and ship it out of the area, that could create a sustainable and dependable income,” said Lindstrom, who also spent two years in an internship with a church that owned a coffee-roasting business.

In 2012, using a generous gift from an acquaintance, Lindstrom purchased his first coffee bean roaster and opened Fika Coffee. The name reflects the region’s deep Scandinavian heritage, as earlier generations found themselves drawn to a cooler rocky locale that reminded them of their native lands. Dig deep enough into Lindstrom’s own family history and you’ll uncover a few Swedish genes.

Of course, coffee and a sweet represent the classic Swedish custom of fika. The Minnesota company itself embodies that in everything it does: “A fika is a moment of quiet indulgence in an otherwise hectic day, sipping a hot cup of coffee after a hike on the trails, time gathering with good friends for great conversation, or a sweet treat enjoyed with your forever friend. For us it’s coffee, community and adventure,” its website reads, with blog posts providing regular updates.

In Lindstrom’s former barista life, “I was building relationships with the regulars that came in, even it was only 60 seconds or a minute and a half. Coffee is about people. There is no bias… Coffee really relates across all demographics of people.”

The little coffee-roasting business began to grow, bringing in beans from South America, Africa and Central America. For the first four years, the Lindstroms sold coffee on a weekly farmers’ market circuit while recruiting other businesses to buy wholesale and promoting online sales.

Just before speaking with Umgås, Lindstrom had shipped bags of freshly roasted beans to customers (lovingly dubbed “Friends of Fika”). Most went to Minnesota and Wisconsin addresses, but the week’s supply also was getting sent as far away as Texas and Florida. Many  online shoppers discovered the coffee during summer travels. His wholesale side supplies restaurants, hotels and co-ops throughout the area and as far away as the Twin Cities.

As the business has grown, Lindstrom has worked with distributors to travel to where the beans are grown, which has allowed him to be discriminating about their origin and what he imports to Minnesota. That commitment extends to the Tip Jar project, where every penny donated goes not to the baristas but to the farmers. In the past year, that initiative raised $8,000 for Finca La Esperanza in Guatemala. 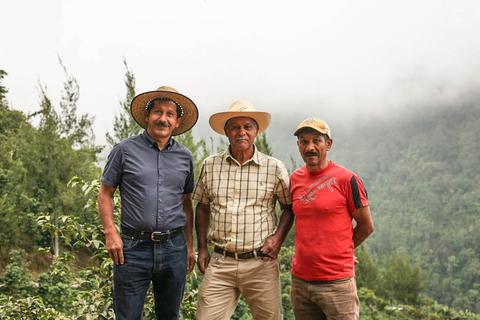 The final prong was opening a storefront for Fika Coffee, which is in Lutsen, a blink-and-you-might-miss-it type of village. In less than 1,000 square feet, Lindstrom now runs all roasting, production and retail operations, not to mention a carved-out office niche where he oversees this local coffee empire. For most of the year, Lindstrom does it all, including stepping into the café to don the barista apron. During warmer, tourism months, he brings in additional staff, and he embraces the community model by paying living wages.

On this day, however, he’s enjoying an afternoon at home with his four kids. Outside, a deep layer of snow continues to blanket the Minnesota ground, and it’s a balmy 15 degrees. (Balmy? Yes, he says, because the sun is out.)

Lindstrom is nurturing a small business that is supporting his family and contributing to the economic health of his hometown. Things haven’t quite followed the initial business plan he spent a year researching and writing, but he knows that is to be expected.

After all, he added, “a plan gets you moving forward.”