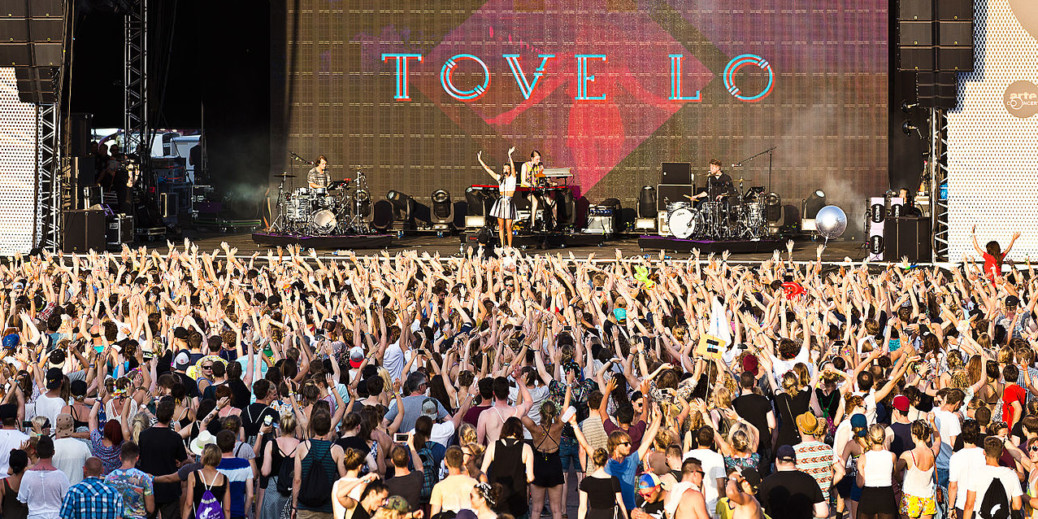 Swedish singer-songwriter Tove Lo is anything but conventional.

Her lyrics are often provocative, but the beat is so good, we don’t even realize we are bopping along to a song about hard nipples. Yet, here we are.

Tove Lo’s debut album, Queen of the Clouds, opened at No. 14 on the U.S. Billboard 200, and her second album, Lady Wood, opened at No. 11. She might be edgy and wild, but she knows how to make music. [See Habits and Cool Girl and Talking Body.]

Her third album, Blue Lips (Lady Wood Phase II) was released in November and describes the “highs, lows and ultimate demise of a relationship,” according to Rolling Stone. The album consists of two chapters, “Light Beams” and “Pitch Black” and is the second half of a two-piece concept preceded by Lady Wood, consisting of the chapters “Fairy Dust” and “Fire Fade.” While it didn’t chart as well (No. 138), Rolling Stone ranked it the 13th best pop album to come out in 2017.

Without doing any prior research, we began listening to the album from the top (wanted to take in the full experience without reading outside opinions), so when the roughly one-minute long song “Light Beams” started playing, we were a little confused. Turns out, the “chapter titles” are short sound bites, and “Light Beams” had to be the weirdest listening moment of the whole album and gave us some reservations about the rest the album.

Let’s cut to the chase. There are some classic Tove Lo songs, and there are definitely some great new jams, too  ̶  perfect to blast late night, scream sing in the shower or add to your go-to workout playlist.

Most of our favorites came from the “breakup” section of the album. It was nice to hear her in a softer form.

Without further ado, here are the five Blue Lips songs we are jamming to:

Don’t judge a song by its name! This is a jam with some sassy lyrics. We loved every second.

One of the more mellow songs on the album, but “Cycles” gave us goosebumps, and the beginning of the song has a slightly Broadway musical vibe, which we are all about.

Not real drugs. Like Ke$ha’s, “Your Love is My Drug”-drugs. Love drugs.

This song is just so relatable. “But I never really understood how people move on from a heart to love another. Oh, if I could, I would.” Teenage hearts around the world feel this.

We think this is an ideal running song. It has a really steady beat, perfect for strapping on some running shoes and hitting the pavement.