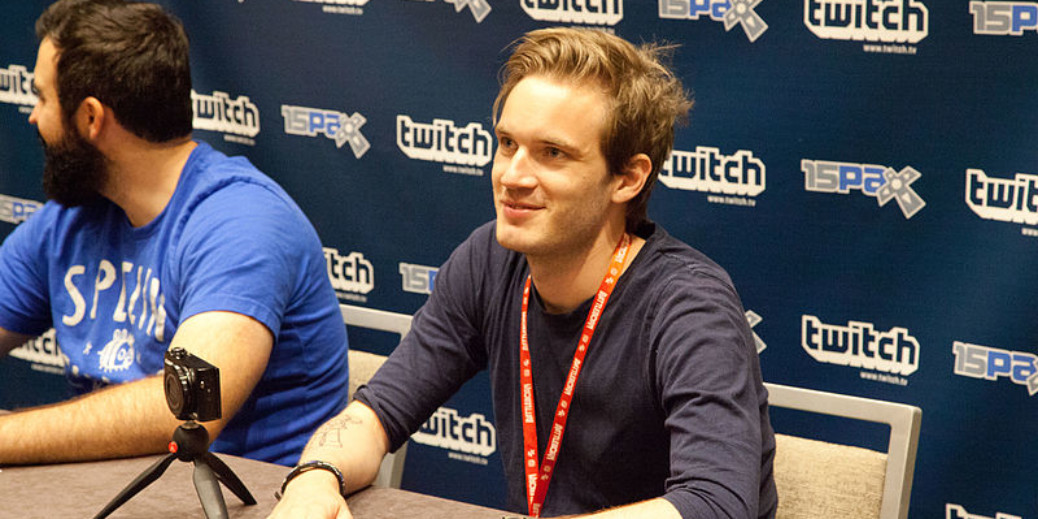 For decades, older generations have shaken their heads at trends and celebrities embraced by young people. YouTube superstar PewDiePie is one such phenomenon.

If you’re over 25, you may have never heard of Felix Arvid Ulf Kjellberg, otherwise known to millions of fans as PewDiePie. His videos easily amass from two to five million views each. Here are some quick numbers to put his success into perspective:

In 2014, PewDiePie was even named as one of TIME’s 100 most influential people list. So who is this guy?

PewDiePie became popular by filming himself playing video games. People were drawn to his authenticity, candor and quirkiness. Case in point: clips of him playing – and screaming – during the Amnesia video game were viewed by millions and made him a huge success. (Warning: language NSFW.)

Playing Minecraft in his first video, PewDiePie spoke in Swedish and laughed loudly with a friend. It was all of two minutes, but the video helped launch him into YouTube stardom.

PewDiePie was one of the first celebrities to find YouTube fame. But he wasn’t an overnight sensation. Growing up in Gothenburg, PewDiePie was attending the Chalmers University of Technology studying Industrial Economics. His parents weren’t very happy when he decided to drop out to focus on his YouTube channel in 2011. To support himself, he began working at a hot dog stand.

In 2012, he was able to ditch hot dogs because he had accumulated more than one million subscribers, thanks to the countless videos of him playing and reacting to videos.

Today, PewDiePie has more than 45 million subscribers – his videos these days extend past video games and into comedy – a recent book that hit No. 1 on the New York Times Best Sellers list and fame across the world.