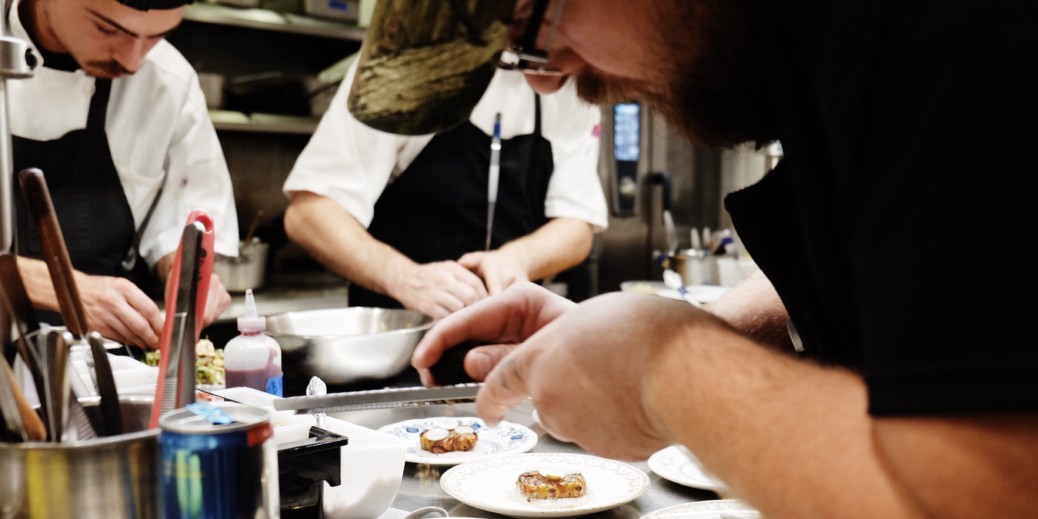 Minneapolis chef Erick Harcey has had a big year – from running his three eateries to earning his James Beard nomination for Best Chef: Midwest – but that isn’t stopping him from opening a new restaurant in the Twin Cities. We checked in with the chef who’s known for embracing his Swedish heritage to hear about his newest venture and what’s in store for 2018.

Your last restaurant Upton 43 was named the Star Tribune’s 2016 Restaurant of the Year and put you in the running for a James Beard Award. Seeing how successful that restaurant concept was with you embracing your Swedish-Midwestern heritage, do you think you’ll do something similar food-wise?

I will still stick to my roots as far as the Swedish aspect, but likely the food and concept will evolve as I get closer to opening. It will certainly have flavors I’m known for using.

What is the inspiration behind this restaurant?

Comfort, country, Minnesota, Sweden – but I like to keep the slate always open to allow myself to be inspired. I’ve found out that restaurant inspiration can change all the time, so it’s always wise to be open to new influences and ideas.

Absolutely. I think it is imperative that a restaurant be comfortable for parents and their kids. Kids are the diners of the future.

When is it slated to open?

July 2018 is when construction will start.

What part of town is it in?

46th and Hiawatha, in the Longfellow neighborhood.

Do you have a name for the new eatery yet?

I have had a few ideas, but nothing has stuck. I like the name Willards, which was my grandpa’s name and also my middle name.

Upton 43 is moving. Where to, and will it stay the same? When will it re-open and will your takeout roast chicken counter Dirty Bird be a part of it?

I will evolve Upton from what it was. I have even more exciting food ideas and would really like to push the envelope, push boundaries, be even more progressive and adventurous in my cuisine. I am not sure when it will reopen. I am in the process of finding the perfect location for us to move into. We have identified and couple spots, but they just didn’t feel perfect in the end, so we decided to keep looking. Dirty Bird will not be part of this specific location, but once Upton is up and running smoothly, we will be looking for a few locations to re-open some Dirty Birds.

Victory 44 recently closed – was that to make room for the new venture?

It was to make room for the future, but also for taking care of myself. I wanted some more time with my wife and kids and really needed to take some time and refocus and work on my ideas. It is very easy to get burned out, and that is why I wanted to regroup – refocus and better identify how our growth will happen.

From Victory 44 closing to Upton 43 moving and you starting a new eatery, it sounds like a busy year for you. What kick-started this change/momentum?

I mainly just wanted a change. I wanted to feel like I was back in control of the growth and the future. I was missing my wife and kids and not focusing on my creative process enough. I think this upcoming year could be very busy, but I plan to take it in much better balance than I have in the past. No need to rush or hurry – stay focused on the things that bring me the most happiness, which is my wife and kids, my creative process, me going against the grain. I don’t need to follow the typical path that most chefs take. Life is [too] short to not keep focused on what brings you true happiness.