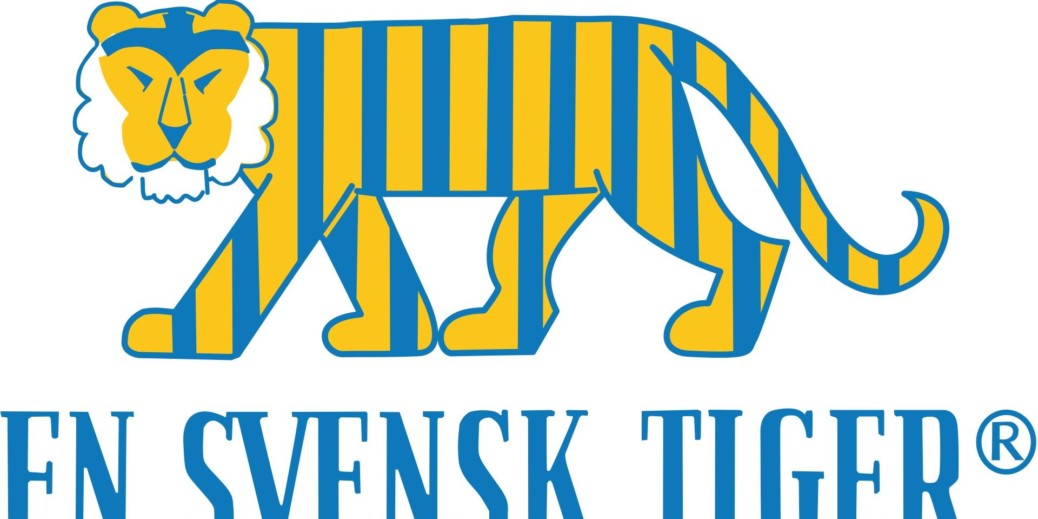 En Svensk Tiger, not to be confused with the trendy menswear brand Tiger of Sweden, is a wartime poster slogan that was used by the Swedish Armed Forces during World War II.

Here’s a quick lesson breaking down the meaning of En Svensk Tiger.

Bertil Almqvist, a Swedish author and illustrator, was commissioned by the Swedish National Board of Information to create the now-famous campaign poster.

En Svensk Tiger features a tiger with blue and yellow stripes, the colors of the Swedish flag. Below the tiger is the slogan, “En Svensk Tiger,” which has two translations or interpretations. The first, which directly parallels the image, is “a Swedish tiger.”

The second is, “a Swede keeps silent,” which corresponds more to the campaign’s intentions.  This interpretation of the slogan has been likened to other WWII phrases, like, “loose lips sink ships” and “careless talk costs lives.”

En Svensk Tiger also is the name of 2018 Swedish documentary about a German Secret Service officer and Swedish diplomat during WWII.

The poster became part of a Swedish propaganda campaign during WWII. A class at Gustavus Adolphus College launched a website called We Want You, which talks about the campaign poster being displayed throughout Sweden in businesses and public areas. It also was distributed in more than 400,000 copies of the morning paper to cafes, restaurants and train cabins, according to Beredskapsmuseet – a military preparedness museum in Sweden. Sweden feared military involvement during the war and wanted to maintain neutral. In 1939, the Swedish government formed a “silence campaign” that was created to inform the population of the importance of keeping quiet about anything detrimental to Sweden. Originally, Tre Kronor was placed on a blue poster and considered the main image of the “silence campaign.”

Although Sweden was not involved directly in WWII, the Swedish National Board of Information commissioned a new silence campaign in 1941, similar to that of 1939. The main intention of the second silence campaign was to emphasize the importance of not talking about the war.

The hope was that the En Svensk Tiger campaign would prevent espionage, encourage confidentiality regarding Swedish military defenses and prevent an attack.

Did you like this quick primer on En Svensk Tiger? Check out this one on dala horses and this one on Tre Kronor.