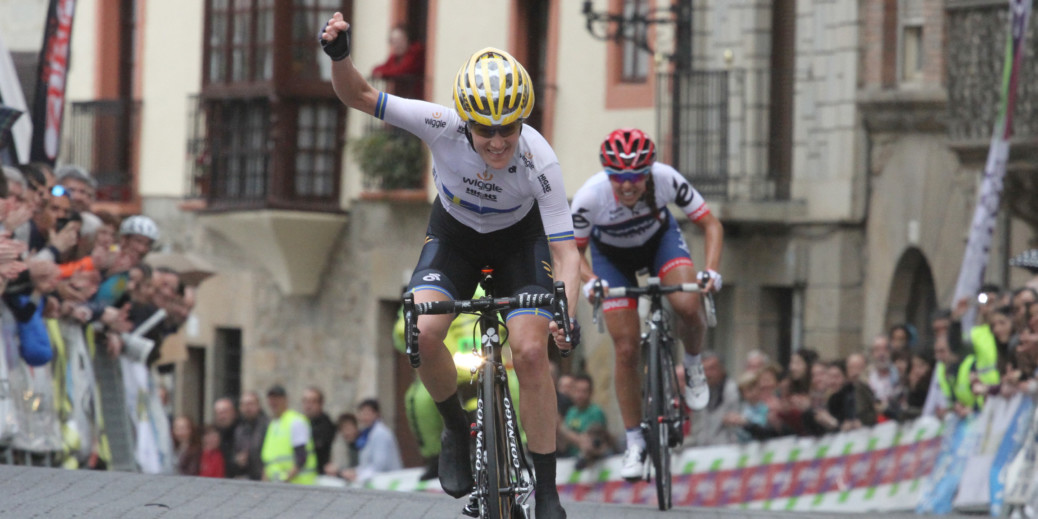 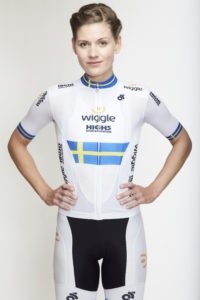 The crash. The chase. The heartbreak.

The final miles of the women’s cycling road race at the Rio Olympics played out in dramatic fashion. Sweden’s Emma Johansson was right in the midst of it, just as she’s been throughout her storied career.

Dutch cyclist Annemiek van Vleuten was leading when she had a terrifying crash on a downhill less than seven miles from the finish. American Mara Abbott took over and built a sizable lead. But three cyclists, including Johansson, were in pursuit. Try as she might, Abbott was unable to hold off the trio, who finally chased her down just before the finish line and placed her in a heartbreaking fourth.

Johansson captured the silver medal as Holland’s Anna van der Breggen took the gold and Italian Elisa Longo Borghini the bronze. Van der Breggen, according to The Wall Street Journal’s Jason Gay, credited Johansson with saying “Win it for Annemiek” after the trio of riders saw the injured van Vleuten laying on the ground as they sped by.

It was the second silver medal for Johansson, who also won silver at the Beijing Games in 2008.

And it was a reminder that Johansson, who just turned 33 in September, is still one of the best cyclists in the world.

Next week, she’ll be on cycling’s grandest stage when the Road World Championships begin in Doha, Qatar. Since 2010, she’s finished in the Top 5 in the Road Race four times, including a silver in 2013, bronzes in 2010 and 2014 and a fifth-place finish last year in Richmond, Va., marking the first time the event had been held on American soil in nearly 30 years.

Johansson, who rides for trade team Wiggle High5, took time out of her hectic schedule to discuss Rio, the World Championships (“Worlds”), her start in cycling and her Swedish roots.

Congratulations on winning your second Olympic silver medal. Where do you keep your medals?

In the box that it came in, in a drawer in my wardrobe for the moment.

You joked afterward that you’ll be known as “Silver Emma.” How difficult is it knowing you came so close to the gold? Now, a month later, is there anything you would have done differently?

Well, after its easy to say… At the moment I was just happy to be able to even see the finish line, that’s how deep I went in that long hill…If I could go back I should have started the sprint, maybe then my name could have changed. But to be honest, I was not able to think nor even to act.

Still, winning two silver medals is an amazing accomplishment. Where do the London and Rio races rank in your terrific career?

You were credited with encouraging your competitors after Annemiek van Vleuten’s crash. Describe how difficult it was to see her down, and how you stayed composed to finish strong.

You see people crash all the time as a rider. What was really bad this time was the she was not moving nor screaming. The first thing I asked about after the finish line was about Annemiek!

You were part of the group that chased down Mara Abbott at the end. Did you think you had enough time and energy to catch her? And was it tough at all since she is a Wiggle High5 teammate of yours?

We all had to ride very hard to catch her. And when you race in your national jersey, you don’t think about anything else than the medals.

As the Worlds approach, let’s rewind to last year when
Worlds were held in the United States for
the first time in nearly 30 years. What was that experience like? How did Worlds in America compare to previous World Championships?

When racing the bike, you are so used to see and ride on different places that you don’t even think about it anymore. Biggest difference was probably the time difference.

Like in Rio, the road race at Worlds in Richmond came down to a sprint. What do you remember about that finish, and what do you recall about the overall race/course?

In Richmond I was just empty, both in my head and in my legs. Mentally I needed a break and that last week before Worlds was just too long.

Now you’re preparing for Worlds, and this time the event is being held in Qatar. What are your expectations about racing in Qatar? Do you train any different?

Obviously Qatar and Rio are totally different types of courses, so for Qatar my focus is just to get fit and strong. For Rio, you had to be light, too, and that is always a challenge.

What goals have you set for yourself for Worlds?

Qatar is a course that suits more riders, and I think it might turn into a different race, too. My Swedish team has more cards to play on a course like this, so that is very exciting for us!

What do you remember about getting your first bike?

I loved training on a mountain bike as a kid and to get muddy; that is my best memory!

How did you get into cycling? Did you play any other sports growing up? Could you ever have imagined the success you’ve had?

I used to do cross country skiing, and when my older brother started mountain biking I wanted to try, too.

When was the moment you knew you could be one of the best cyclists in the world?

Still can’t really realize I have been up there for so long. So my answer is never.

If I were booking a trip to Sweden, what are three or four things I would have to do while there?

In winter: Go see northern lights up north; Sauna + ice bath in the sea or lake; Go on a dogsled safari (want to do it myself, still haven’t been!); Have a big hot chocolate in front of the fireplace after a cross country skiing session.

If summer: Boat trip along the West Coast; Celebrate Swedish midsummer in Dalarna; Stop for a coffee and kanelbulle (cinnamon swirl) on your bike ride (doesn’t matter where you are, whole Sweden is beautiful). 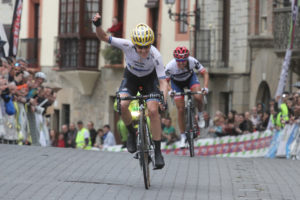 You’ve traveled all over the world…where are some of your favorite places to train or race? How about in Sweden?

I love Basque Country and also where I live in Tönsberg, Norway. In Sweden, the roads around Skara where I used to be in school are very nice.

What are some of your favorite Swedish meals?

If you weren’t a cyclist, what do you think you would be doing?

Something else. (No idea?!)