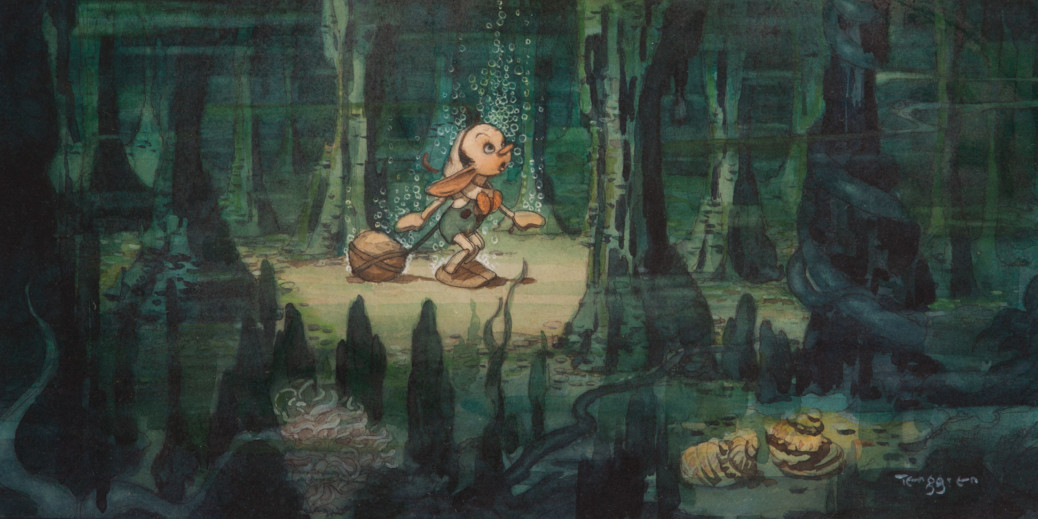 What do they all have in common?

Aside from being absolutely legendary as far as classics go, they were all touched by the artistic hand of Swedish illustrator, Gustaf Tenggren.

Tenggren was born in 1896 in Västergötland, Sweden and spent a lot of his childhood gathering inspiration from his grandfather who worked as a carpenter and painter. Even as a young boy, Tenggren was so talented that, according to the Saturday Evening Post, his town scraped together a scholarship to send him to school for art.

At just 24 years old, he moved to the United States, and almost immediately, work ramped up for the budding artist. From a cover of “Life” magazine to inspiration sketches and paintings for early Walt Disney films to children’s books, his work was everywhere.

Being Disney aficionados, we can’t get enough of the behind-the-scenes looks at the inspiration behind the films. The scene of the dwarfs marching in a single file line on the way to work? Straight out of Tenggren’s brain.

Here’s a roundup of some of our favorite.