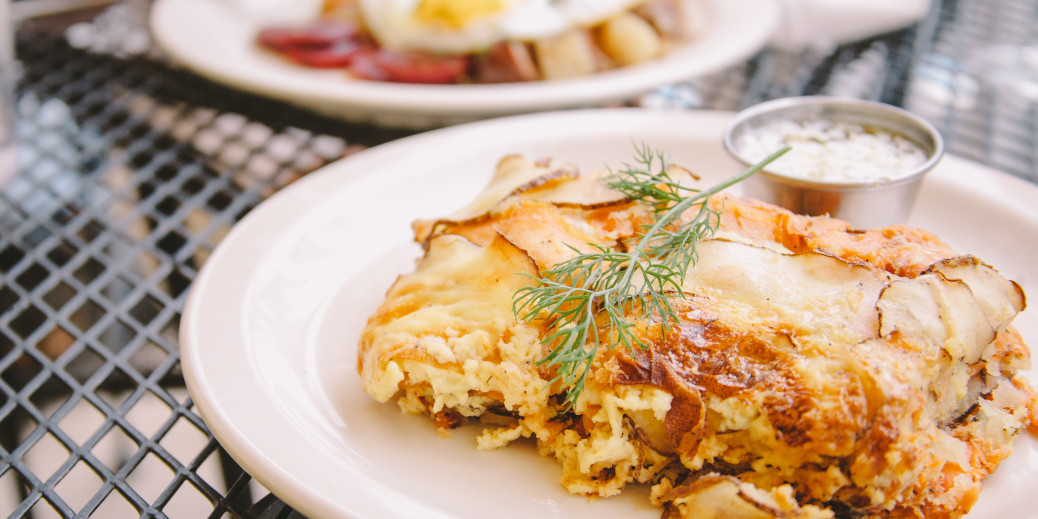 A couple blocks from the waterfront in the bustling beach town of Virginia Beach, Va., you’ll find Dish Restaurant, where Swedes looking for a taste of home can find the traditional dishes and comfort foods of their native country.

Started by a traveling Swede herself, Dish is owned by Carina Boqvist Bergdoll, who founded the restaurant after years of working in various restaurants in the Virginia Beach area. It was there that she met and fell in love with her husband and decided to settle and open a restaurant in the tourist-heavy beach town.

Dish’s menu serves both American and Swedish tastes; a perfect blend that caters to the beach-going crowd and pays homage to Bergdoll’s Swedish roots. A quick study of the brunch menu reveals familiar staples like bacon, pancakes, eggs and even an all-American burger. And for those who come to Dish looking specifically for Scandinavian eats, the menu does not disappoint.

Unlike French Fries or Vienna Sausages, Swedish Meatballs actually are a national dish of Sweden. Dish serves its meatballs covered in a cream sauce with a side of lingonberries, a traditional accompaniment. The berries are stewed down into a kind of fruit compote and complement the meatballs nicely, striking a balance between savory and sweet.

Seafood is especially prevalent in Scandinavian cuisine, and in particular, preserved seafood. Preserving seafood is a Scandinavian practice that dates to the Middle Ages as a way to store and transport food through the long, bitter winters (harvest season is short in that region). Methods of preservation include salting, drying and pickling (another popular preserved fish dish is gravlax, which is raw salmon cured in a mix of salt, sugar and dill).

In keeping with tradition, the pickled herring at Dish arrives warm, with a heaping helping of dill-sprinkled boiled potatoes and sour cream. The skin remains on the herring, while the bones are removed for easy eating and the piquantness of the fish is smoothed when taken together with a bite of buttery potato.

Shrimp sandwiches are such an integral part of Swedish cuisine that they’ve even inspired a cultural idiom, “Att glida in på en räkmacka,” which literally means to slide in on a shrimp sandwich. While the sandwich is delicious, the meaning of the saying is not as savory – the translation refers to someone receiving an advantage that they didn’t put it the work for.

Served open-faced on toast, the Skagen Rora consists of chilled shrimp mixed in a sauce of dill, sour cream, horseradish and is topped with red onions. Its taste is very much akin to a seafood salad, made much brighter by swapping out the mayo for sour cream and a generous squeeze of lemon.

Probably one of the few nontraditional items on the menu, this is Dish’s clever Swedish take on the popular American brunch beverage. The effervescence of the champagne carries the sweet tang of the berries through the bubbles and has a pleasant little bitter snap at the end.

Pytti Pana translates to “small pieces in a pan” and is very similar to both the American breakfast hash and the English bubble and squeak. All are dishes borne out of mixing bits of leftover meats, potatoes and vegetables into a hodgepodge of a dish where the whole is greater than its parts. Topped with a fried egg, Dish’s Pytti Pana uses a heavy dose of thyme that helps to cut through the richness of the meat and vegetables (which also are mixed with a bit of heavy cream). The result is a satisfyingly savory breakfast dish.

Another dish invented as a way to use leftovers, Lax Pudding is a casserole of layered potatoes, gravlax, dill and cream. One wouldn’t normally think of a casserole as a luxurious dish, but between the salmon, cream and the small ramekin of melted butter that’s poured on top, this is far from the can of mushroom soup and chicken casseroles most Americans are used to.

If there’s anything that Dish is known for, this is it. People in town call in orders for Princess Cake for weddings, birthdays and other special occasions – fitting since the dessert is typically served in Sweden during special festivals and to mark important milestones in peoples’ lives. The cakes can be spotted in bakery windows throughout Sweden by their bright green coloring, which comes from the layer of colored marzipan that covers the cake to give it its signature look. Inside, the cake is comprised of layers of white sponge cake, vanilla bean cream, whipped cream and raspberry jam.

The Princess Cake is a true labor of love for Dish as Bergdoll’s husband makes them in-house, with each cake taking about four hours to make (that doesn’t take into account the overnight freezing needed to keep the cake moist). But the most labor-intensive part of the cake is the mixing of the marzipan to get the consistency just so. Bergdoll’s husband and sister worked on the cake recipe for months to perfect the marzipan layer – this isn’t the typical tough, chalky marzipan you see in those fruit-shaped candies. This marzipan is soft and melty and dissolves into a sugary (but not too sweet) glaze on your tongue.

Aside from the immersive experience of visiting a foreign country, there really is no better way to experience a culture than through its food. At Dish, Bergdoll has brought all of the best flavors of her country to her newly adopted hometown of Virginia Beach, bringing a slice of Swedish culture to those who might not otherwise ever experience it and providing a respite for Swedes looking for a familiar taste of home.