Denver Restaurant Serving up a taste of Sweden 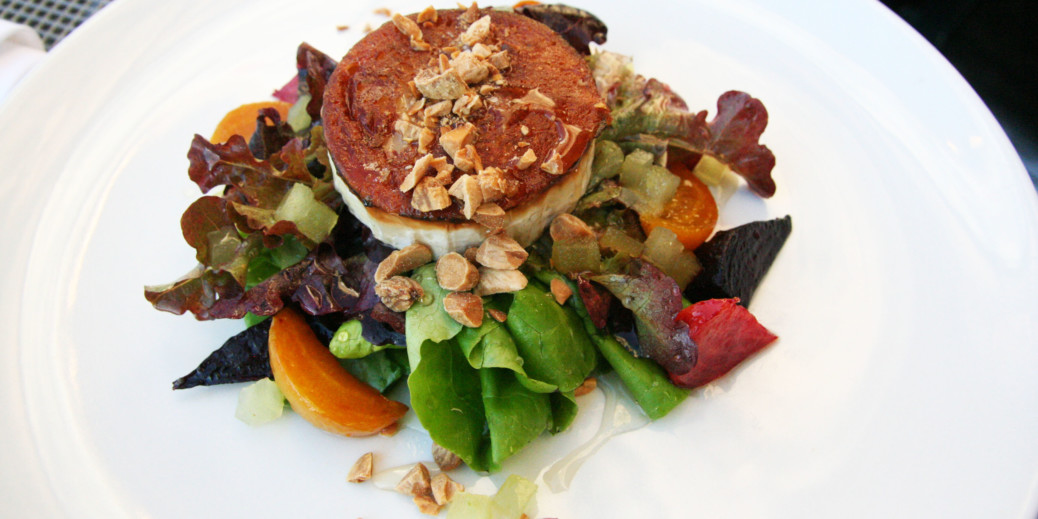 Denver Restaurant Serving up a taste of Sweden

Growing up in Stockholm, Patrik Landberg recalls trips to harbors on both Swedish coasts, with the capital city hugging the Baltic Sea coastline and the southwest tip of the country stretching out to the North Sea.

Decades later, what remains most vivid is the whiff of the waterside.

As for the sights of fishermen bringing their daily catches, “You see stuff going on the West Coast that’s the same on the East Coast, but what ultimately comes out the ocean is different,” noted Landberg, adding that still different kinds of fish – freshwater, in this case – come from countless lakes that speckle inland Sweden.

“I still think like a fisherman,” said Landberg, the executive chef at the acclaimed Charcoal Restaurant and Charcoal Bistro in Denver. “I love cooking fish and shellfish. I want food to be a little lighter. I like smaller portions.”

Unlike many chefs, Landberg doesn’t talk about learning to cook from his mother or, perhaps, a cherished grandmother.

His father, instead, was the one to prepare the Sunday
roast in natural juices with seasonal vegetables on the side. On Easter and Christmas, his father would roll out a traditional Sweden holiday table featuring up to 50 once-a-year delicacies.

At Charcoal, Landberg brings back a bit of his heritage, adding in more Nordic specialties for a one-day-only holiday table at Easter and Christmas. Landberg says he might only offer 15 native dishes, but the list of Swedish and related offerings keeps going and going as he recites the options.

Always on the menu are things such as herring and salmon prepared in-house in different styles from pickled, smoked to fresh-cured gravlax. As are the anchovy-laced potato dish he calls Jansson’s Delight and prinskorv, a small link sausage whose Swedish name translates into “prince sausage.”

Finding his way to the kitchen

When he turned 13, Landberg got his first summer job working in a mechanical warehouse.  His mother told him he could take leftovers or pack his own lunch. After getting tired of the leftovers, he started experimenting in the kitchen, and “I thought ‘this is pretty cool.’”

Ask Landberg about what he packed up, and he laughs, noting that he probably wouldn’t want to resurrect any of those heavily spiced concoctions for his paying customers today.

Landberg went off to a culinary school at age 15, spending time in the classroom to get classical French training and learn the business side. He then learned in restaurants, getting the hands-on kitchen experience and mentorship from professional chefs.

His early training included cooking for a medieval Swedish restaurant in Old Town Stockholm, as well as learning from a chef who prepared meals each year for Nobel Prize winners.

“I don’t think I had a plan; I was 17 years old and had just finished school,” he said. “Like most 17-year-olds, I wanted to get a job and move out as soon as possible.”

Where he landed was the kitchen of a cellphone company, preparing everything – including the bread – from scratch daily to feed 1,000 people.

“It was a good learning experience – exactly when you…needed to start somewhere,” Landberg said.

Soon he moved on to an Italian neighborhood restaurant, then to another Old Town restaurant, Kryp In, whose menu included many game meat selections. One popular dish, especially with foreign visitors, was pan-roasted reindeer with mushrooms and lingonberries.

“The English tourists, they thought it was very exotic to eat Rudolph,” he said.

From there, he moved on to Greece and cooked at a Swedish-owned restaurant. The fusion menu included Greek food, Swedish dishes and Thai options (“not good”). That stop, however, proved to be another great learning experience, as he spent a couple of mornings each week visiting different produce providers and going to the butcher to pick out meat for the kitchen.

And he had caught the traveling bug.

He wanted to go to New York and cook.

Hearing of an opening at the Swedish Good World Bar and Grill in Chinatown, Landberg sent his resume. When contacted to see when he could come for an interview, “I jumped on the airplane.”

For the next decade, he delivered traditional Scandinavian food, including the Swedish meatballs that were a hallmark at the now-shuttered venue. During that time, he married and welcomed his first of two children, and it was time to find better balance in raising his family. He moved west to Colorado, established his name with weekly menus of modern American at the former Satchel’s, then found the opportunity to be a partner and help open Charcoal.

Landberg refers to his cooking style as American modern, with a Swedish touch. Reflecting his heritage, he seeks out sustainable fish and meats, along with the most local and freshest produce. For authentic Swedish ingredients that he can’t find nearby, he goes online to order.

In the Scandinavian style, “You cook a little different. You don’t try to deep fry too much,” Landberg said.

And the focus of Charcoal on the grill is quite Swedish. Old-style kitchens in his home country are still open fire, with no electricity. The menu hints at his heritage – traces of dill and in some dishes and smoked gravlax – and then delivers a direct hit among the entrees, with a permanent slot for meatballs, made from organic beef with potato puree, gravy, fresh lingonberries and sweet pickles.

And one more thing about the Charcoal kitchen:

“Everything is from scratch,” down to the crackers, Landberg said. “That’s a very Swedish thing.”