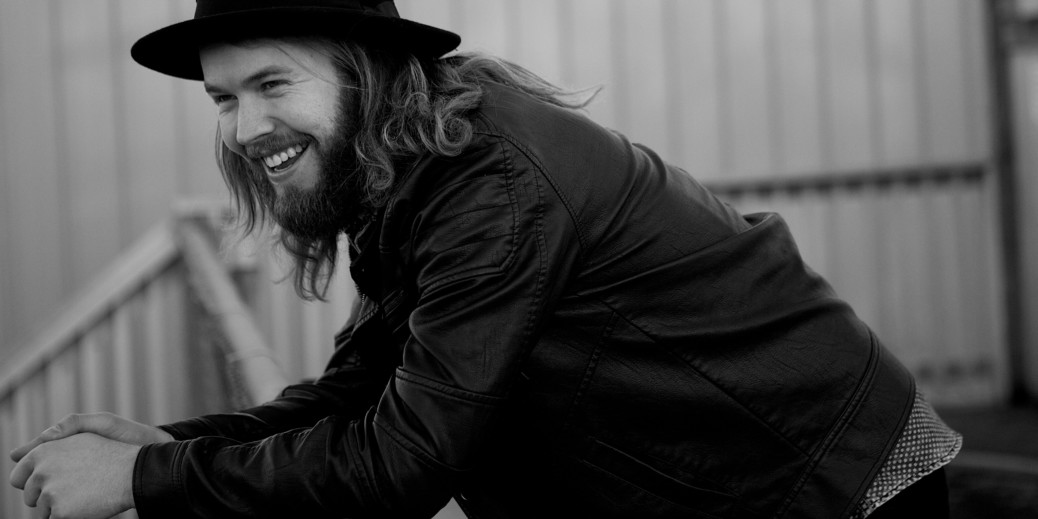 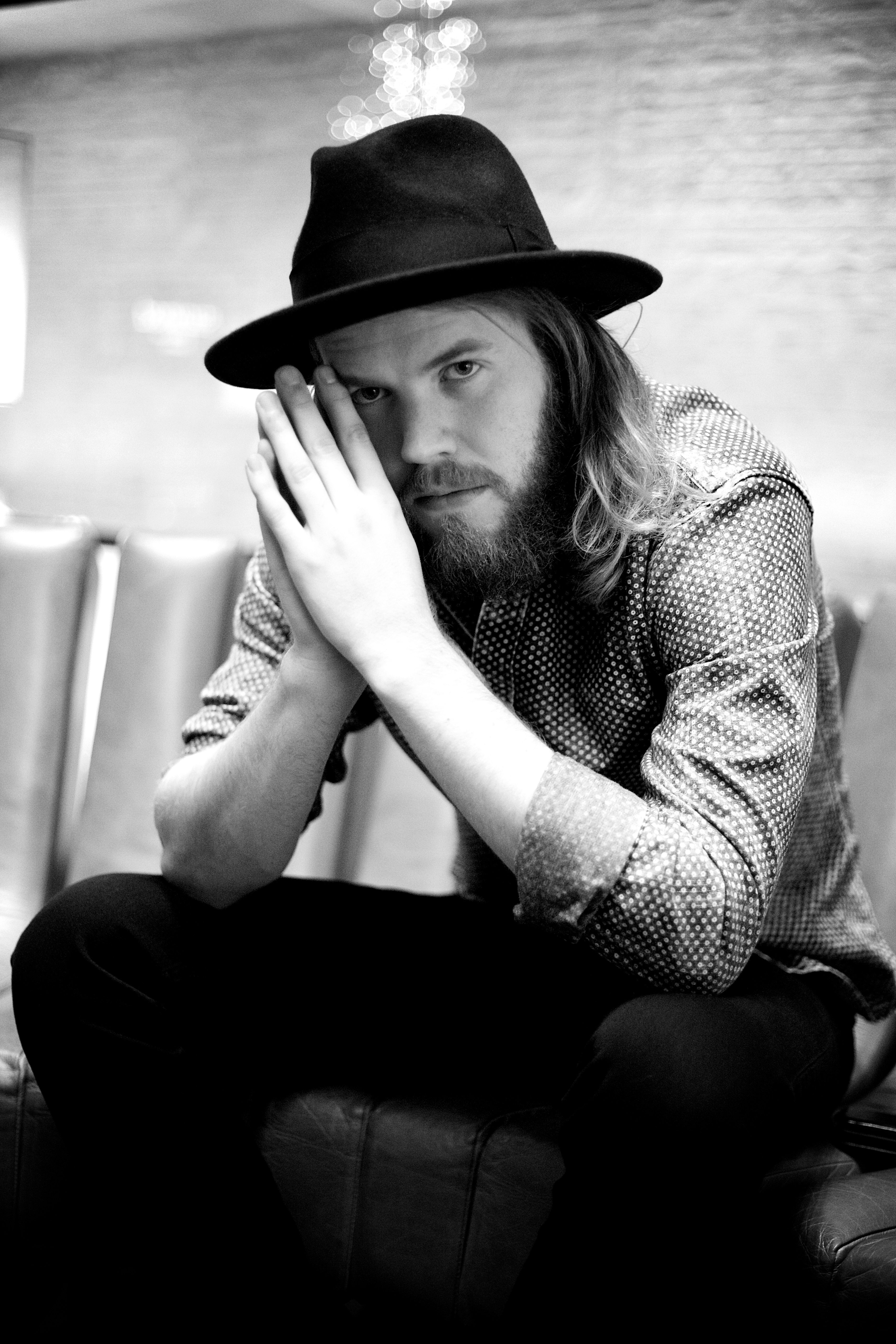 Music City, USA. Home of the Grand Ole Opry. The Bluebird Café. The Ryman. Home to so many country music wannabes who sold everything to make the big jump in the hopes of making it big.

Henriksson moved to Nashville with the same dream as all the other aspiring musicians, but just three weeks after his big move, he already had an audition for the lead guitarist for Tracy Lawrence.

So how did this bearded man from Sweden with a passion for all things guitar end up across the world in Nashville? And what are the keys to his seemingly quick success? We chatted with Henriksson to find out. (Spoiler alert: Growing up with Swedish values helped.)

Tell us a bit about your background. How long have you been playing guitar? Where did you learn?

I grew up in a musical family in Stockholm, Sweden and started playing acoustic guitar at age 9 after trying violin for a couple of years. When I was 13, I got my first electric guitar, and I never looked back. I initially took lessons at a municipal music school in the southern suburbs of Stockholm, then I studied music during three years in high school, another two years after that. And I also studied to be an electric guitar teacher for three years. An important part of learning was of course all the gigs I played during these years. There are certain things you can’t learn by yourself in a practice room; you gotta be on a stage.

Who are some of your musical inspirations? What do you admire about them?

Since my parents were/are active musicians in the Swedish folk scene, I grew up listening to a lot of that plus the music in my dad’s vinyl collection where my favorite stuff was mostly some 70s rock. My first favorite band was Status Quo, an English boogie rock band that never really made it big in the States but always was very popular around Europe. In my teens, Stevie Ray Vaughan and Gary Moore were two major inspirations as guitarists. Lately, I’ve been really enjoying more country and Americana artists like Vince Gill and Chris Stapleton. As a pure guitar nerd, lyrics have never been what I focus on when I listen to music, so I’d say that groove, melodic sense and some kind of overall true, organic vibe is what I appreciate with all the names I’ve mentioned.

What drove you to make the big jump from Sweden to the States?

After reaching the point where I could make a living on music in Sweden (which meant a lot of cover band shows and some teaching), I kept asking myself what the next step would be because I really didn’t wanna get stuck in a rut where the music would end up being my source of income but no longer my biggest passion. I had always been interested in going to the U.S., so I saved as much as I could and sold a bunch of music equipment so I could afford a road trip in the States.

The first half of the trip, I had some company with some Swedish friends, and we visited Miami, New Orleans, Austin, Dallas and Memphis before arriving in Nashville. I realized after a week in Nashville that I didn’t want to leave, and if I really wanted to do some serious networking and get my foot in the door somewhere, I’d better be in the same place for longer than just a few days. I ended up staying in Nashville for about seven of these weeks and made friends and connections for life. It was a fantastic time in my life.

After another visit in Nashville in March 2015, I decided I wanted to give it a try and get a work visa and move over for a few years. It turned out that wasn’t easy at all. I got in touch with a lawyer in August 2015 to help me put together a visa application, and in January 2017 we FINALLY filed my case, and in May 2017, I got the approval.

I made the big move across the pond on July 6, 2017, and I couldn’t be happier that I didn’t give up during the long process. Even though I was close many times. It cost me a lot of money, time and effort but it turned out to be worth it all! 🙂

How has your Swedish background affected who you are as a person and as a musician?

In the Scandinavian countries, we have something called the “Law of Jante,” which more or less means that you shouldn’t do anything to stand out or think that you’re better than anyone else. I felt like this affected me a lot back in Sweden, and I was usually not comfortable taking initiative if I wanted to play with some specific musicians and so on. During my first trip in the States, I kinda forgot about this “law” since everyone was acting in a different, more American, manner. I think it has helped me a lot both personally and professionally, and I worry less about what other people think and instead just go with my gut feeling. I’ve heard several people in Nashville commenting that their experience working with Swedish musicians is that we always show up very prepared and know the music we’re gonna play very well instead of just trying to “wing it.” 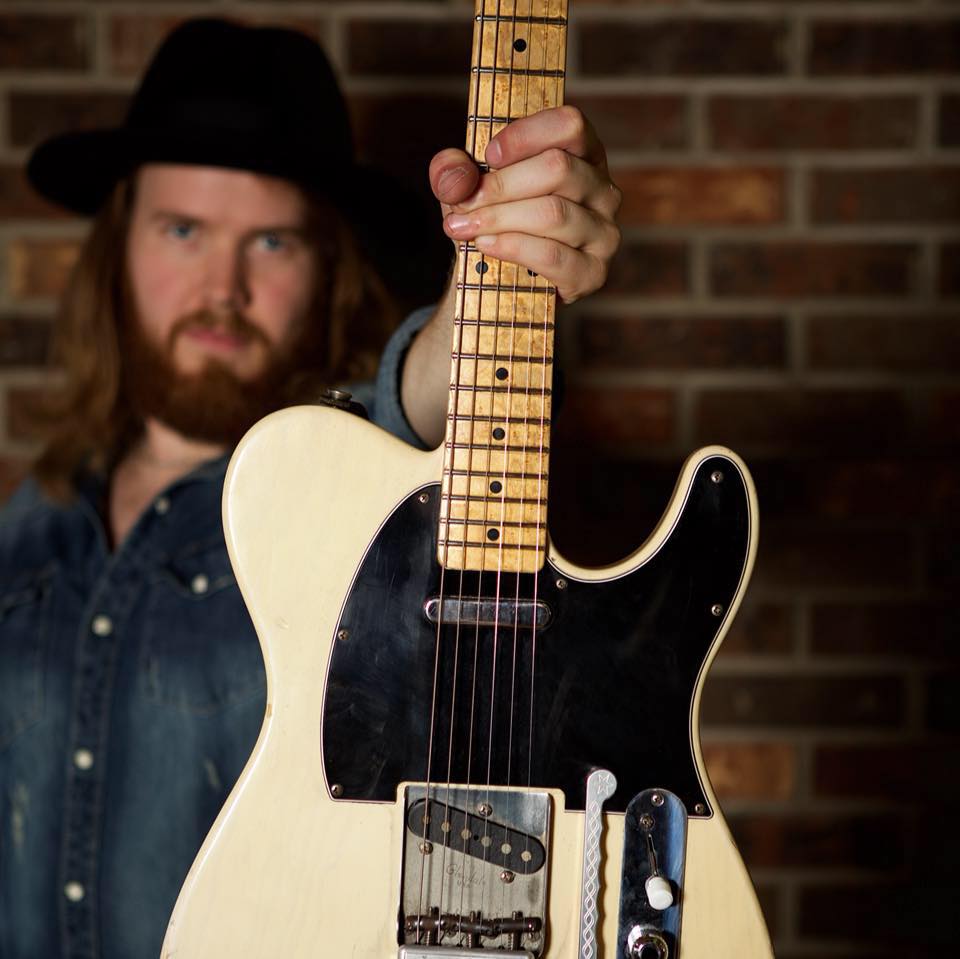 So many people have dreams to pursue music in Nashville, and you make it look easy. How did you successfully break into the Nashville music scene?

It’s very true, a LOT of people have this dream. But it wasn’t easy, even though it might look like that. I had seven weeks of networking with people back in 2014 and another two weeks in 2015. PLUS, I stayed in touch with most of these people during the two years I was back home in Sweden, and that’s really a key factor to my success here so far. I came there twice to show that I was really interested, and I kept my friends and connections updated regarding my plans of returning and how everything was going with the visa process. So quite a lot of people in Nashville were aware that “soon the bearded Swede will return”.

Then, once I got here, I promised myself to always be the best version of myself that I could be. Always show up prepared, always be an easygoing hang, take every opportunity and make the most out of it. My visa is valid for about two and a half years, and I really want to make sure I make the most of this limited time.

In the past year, you’ve played with some big names in country music — Tracy Lawrence, Luke Combs and Justin Moore, just to name a few. You’ve played at the Opry. Is there a moment that stands out from the rest? What’s a career highlight for you so far?

There are a few things that stand out, of course, like performing live on TV for the first time, playing at the Grand Ole Opry House and Ryman Auditorium and a festival gig in Arizona where I played in front of an audience of about 30,000 people. Quite insane when 5,000 was the most amount of people I had played for before that. My girlfriend took some videos from when I played some guitar solos walking out on the catwalk during that gig, and I’ve been watching those over and over telling my 15-year-old self, “You did it! It took a few years, but it happened. Keep on working hard and more good stuff will happen!”

Being the lead guitarist for Tracy Lawrence is pretty freaking cool. Can you tell us about that opportunity and experience?

Well, I had only been in town for three weeks when I got a text from another guitarist asking if I wanted to audition for Tracy Lawrence. I didn’t even know who he was at the time but was super stoked about the opportunity to learn from the experience of preparing and doing an audition. I barely considered the possibility that I would actually land the gig. But three weeks later, I had the audition and it went really well and I was offered the gig the same night. Quite a crazy feeling… I started touring with Tracy in September and I’ve had a blast since then, he and the rest of the band and crew has been super cool to me and I’ve learned a bunch about myself and about touring in general.

What’s next for you?

I’m out on the road almost every weekend with Tracy, but I’m always looking for more opportunities to play music in town, I love getting involved in small projects that might just be one or two gigs. Though it’s sometimes very time consuming to learn material for just a few shows, it keeps my mind fresh, and I like that. I’m also planning to record a solo album, but I don’t have a clear enough vision of exactly what I want to do yet, so it’ll have to wait for a bit.

And now for some quick-fire questions…

Tough one, I’ve really enjoyed listening to albums produced by Dave Cobb the last few years, so it would be awesome to get the chance to work with him some day. I’ve actually met him once at a meeting; it was pretty cool, I must admit.

Don’t miss it that much. Mostly my mom’s cooking maybe.

I like it a lot. Some weeks too much…

I’ve found myself missing Sweden a bit extra around the holidays such as Easter and Midsummer, but that’s not really because of the holidays and the traditions, but rather I know I would’ve spent it with friends or family who mean a lot to me.

When I think of Sweden, I miss…

Mostly people, like my girlfriend (she lives in Finland though), my family and my close friends. I also realized I miss the public transportation system in Stockholm. Even though some people complain about it, I think it’s still awesome that you can travel by trains, buses, subways, trams and even some boats for around 90 bucks a month. In Nashville, I spend a lot more money on transportation for sure…

You can keep an eye out for David on tour with Tracy Lawrence or on his Facebook page.