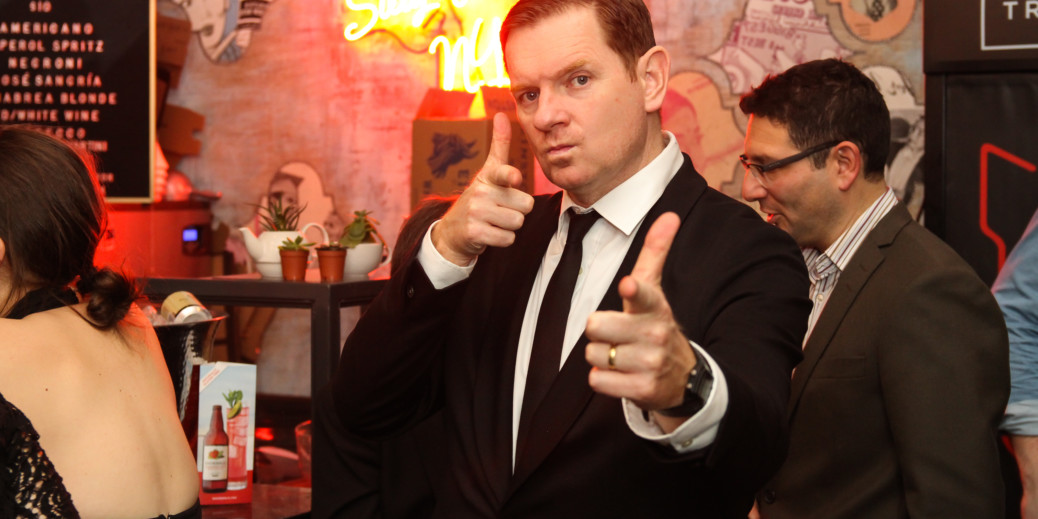 NEW YORK – This year, the Nordic International Film Festival (NIFF) was hosted by none other than comedian Al Pitcher. And in a festival that presented some darker, more somber messages, he was a welcome, goofy break between films.

Pitcher, born in England but raised in New Zealand, began his stand-up career in London in 1999. That same year he was the runner up for the U.K.’s “So You Think You’re Funny.” He has performed all over the world and won numerous awards including Best Show at the Leicester Comedy Festival, Best Male Comedian, the Swedish Standup Award, the People’s Choice Award and more.

In 2010, Pitcher moved to Sweden and since has made quite a name for himself in the Swedish stand-up scene. For the past year, he has been touring with his newest show “Sweden Syndrome,” a self-proclaimed love letter to Sweden, all over Sweden but also in New York, London, Copenhagen and Amsterdam.

We caught up with Pitcher on the red carpet at NIFF to chat about his journey as a stand-up comedian and his 2019 film project “Big in Sweden,” where viewers will follow Pitcher on his quest to find out what being big in Sweden really means!