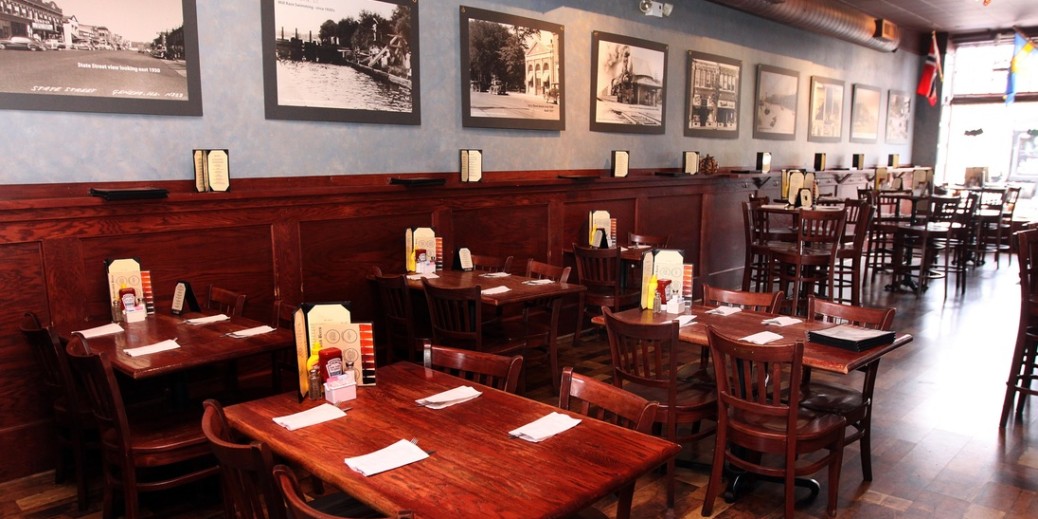 All photos via Stockholm's Stockholm’s is both a micro-brewery and gastropub where people of all ages can go to enjoy a great meal. While the menu and beer selection don’t put a huge emphasis on Swedish-specific cuisine, the tavern does celebrate Swedish and Scandinavian culture.

Located in Geneva, Illinois, a town with a large Scandinavian population and history, Stockholm’s is a very family-friendly, community-oriented restaurant/brewery. Michael Olesen opened the pub (or vardshus, Swedish for tavern) 14 years ago.

“I am Danish by decent, but was born and raised in Geneva,” Olesen said. “I named the restaurant Stockholm’s to honor the heritage of this town. We do have Swedish meatballs on the menu, a recipe that came from my friend’s Grandpa who lived in Stockholm, although my German grandmother adjusted it by adding a little sherry.” Stockholm’s is located just blocks from other businesses opened and run by Scandinavian residents.

“There is a shoe store right next store called Tender Footsie, which is owned by a Norwegian and next to him is The Gift Box, which sells Scandinavian imports and is run by three generations of a Swedish family,” Olesen said. “We have a lot of fun in our community and try to preserve our Scandinavian culture.”

Community is a key element in both Olesen’s restaurant and the Scandinavian town.

Each year the Geneva Chamber of Commerce hosts Swedish Days, the state’s longest running festival, each summer. Stockholm’s supplies the beer for the festival’s beer garden. He also hosts a number of charities and fundraisers for local organizations like the Anderson Animal Shelter and Geneva Community Chest.

Olesen not only takes pride in his town, but also in the quality of Stockholm’s food, beer and service. His business is a “from scratch” restaurant that uses only the highest quality ingredients and prioritizes its staff. The variety of beers brewed and offered range anywhere from sweet and malty brown ales to bitter, piney IPAs, perfect for any beer lover. The most-popular seller is the State Street Pilsner, a Northern German style Pilsner with a crisp clean finish. Second is the non-alcoholic, Small Batch Root Beer.

From a lighter affair of salads, wraps and croissant sandwiches to brunch and even four-course beer dinners, the food menu also offers variety for palates of all shapes and sizes.