The Chronicles of Yung Lean 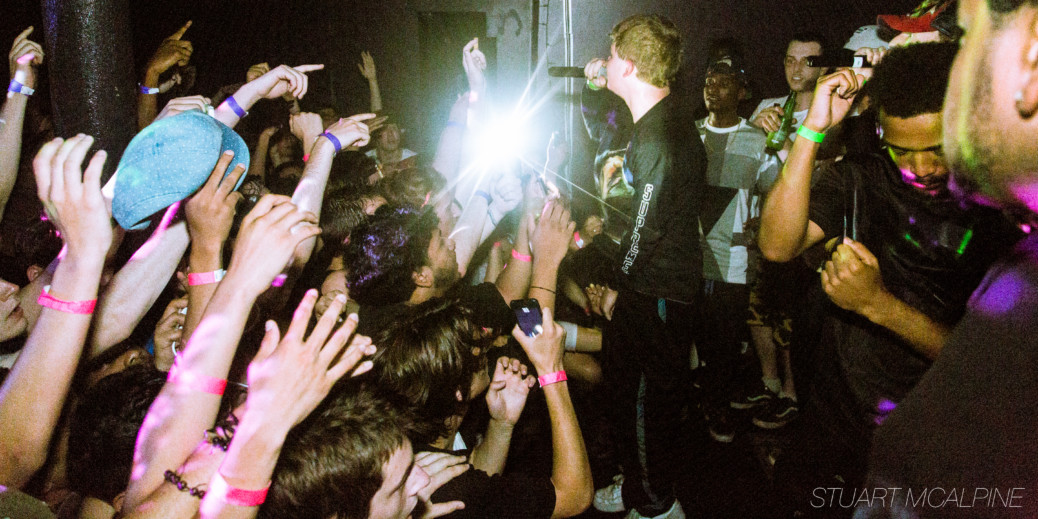 The Chronicles of Yung Lean

He’s got 123.8 million views and nearly 450,000 subscribers on YouTube. There are 137,000 Twitter followers who can follow his ramblings about music. He also can be found posting masked images holding inconspicuous bottles with Yung Gud and Yung Sherman, aka Sad Boys Entertainment.

Yung Lean is a young, Swedish rapper who has carved out a space in the music scene with his no-holds barred, raw lyrics and beats, both here and abroad. His eccentricities have caught the attention of The New York Times and The New Yorker, just to name a few.

Last summer, Yung Lean was showing off his Calvin’s in an advertising campaign set to push the boundaries of traditional advertising for Calvin Klein. Complex detailed the campaign, which featured big names like Kate Moss, Zoë Kravitz and Margot Robbie – with the likes of Yung Lean and other lesser-known names in the mix. On the surface, his blue hair and hardened demeanor could reveal an odd rapper who has a flair for theatrics, but just a few months before, Lean was unraveling in a Miami hospital.

The Fader profiled the rapper and the ebbs and flows of his mental state in an article posted last year. According to the story, Yung Lean and his crew had just wrapped a tour in the United States, and while part of his crew went back to Sweden, he stayed back in Miami to work on his next album, “Warlord.” “Lean” has a double meaning for this Swedish rapper. The name on his passport is Jonatan Aron Leandoer Håstad, but lean is also slang for a codeine cocktail, mixed with flavors from soda or hard candy.

In 2015, Lean was addicted to lean, in addition to other narcotics and substances. Lean went through a period of tragedy. After a violent episode in his condo, destroying his surroundings, he had to be taken to a hospital. On the way to bring Lean some things from the condo, his U.S. manager Barron (who was under the influence of narcotics) was in a deadly car accident. Soon thereafter, Lean’s father traveled to Miami to take him back to Sweden to recover.

Noisey, Vice’s music channel, featured Yung Lean when he was 16 and still in high school. The headline dubbed him “The Weirdest 16-Year-Old White Swedish Rapper You’ll Hear This Week.”

Anyone who can rap and rhyme about zits, the female anatomy and throw in a Harry Potter reference to tie it all together is definitely someone who grabs your attention.

Listen for yourself – you be the judge.