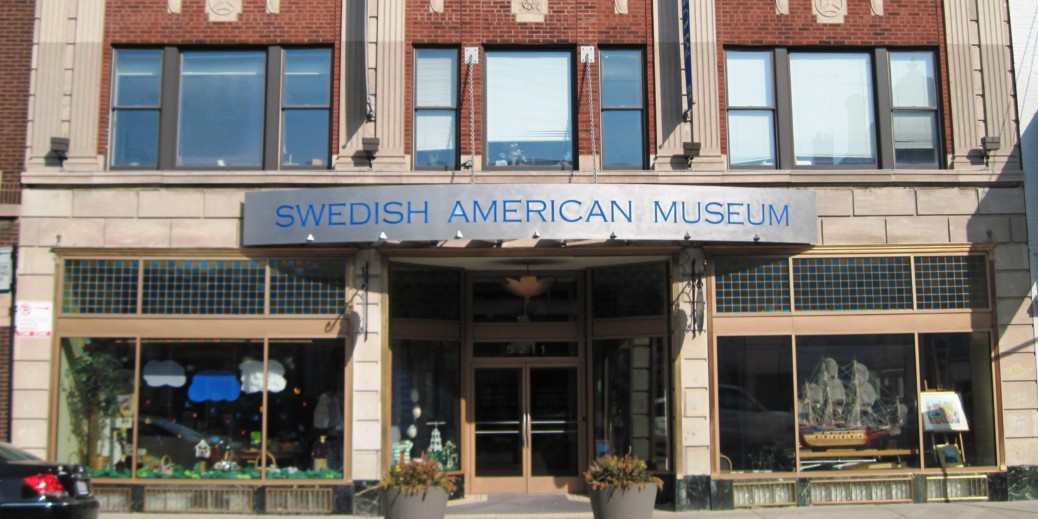 While some antique collectors store large collections in closets and attics, Chicago’s Kurt Mathiasson had a different idea: He created a museum.

Mathiasson is founder of the Swedish American Museum in the Andersonville neighborhood of Chicago. Today the museum serves as a cultural center for the education, celebration and interpretation of Swedish-American history in the area.

“Kurt owned a Swedish restaurant in Andersonville” said Marissa Ivie, the museum’s community engagement manager. “In 1976, he decided to establish a museum for the community.”

Andersonville has a thriving Swedish community, dating to the 1870s. Many Swedes immigrated to the neighborhood after the Great Chicago Fire, taking advantage of the construction work available as the city was rebuilt.

The original museum, a small log cabin storefront, was home to family histories and artifacts, along with some well-renowned guests. His Majesty Carl XVI Gustaf, King of Sweden, visited to officially open the museum.

The museum moved in 1987 to its current location at 5211 N. Clark St and has experienced several renovations. This year, it celebrates its 40th anniversary.

“[The museum] is a community hub for the Andersonville neighborhood,” Ivie said. “Andersonville is a very active neighborhood, there’s always things going on, and the Swedish-American Museum always seems to be at the center. Andersonville’s Chamber has different neighborhood events, and we are often the starting point where people get information or check-in.”

More than 45,000 people visit the museum annually. Visitors experience and learn about the stories of Swedish immigrants of the 19th century. The museum, at 24,000 square feet, boasts more than 16,000 artifacts in its “The Dream of America – Immigration to Chicago” exhibit.

“We have a lot of the old trunks the families used to bring all of their stuff over; it was one trunk per family,” Ivie said. “I like seeing those because we have the stories behind a lot of them, so you can actually read about the family that brought that trunk over.”

The Brunk Children’s Museum of Immigration gives children and families an opportunity to explore Swedish history together. Children can learn how Swedish families once lived by exploring a replica of an old Swedish farmhouse, and how they traveled to America by checking out a 20-foot immigrant steamship that explains the process.

Several events take place at the museum throughout the year that celebrate Swedish culture and history.

The museum also celebrates Midsommarfest and Swedish Christmas traditions, including Julmarknad, Julmiddag, and a special breakfast with Tomten.