The Chicago River of Dreams 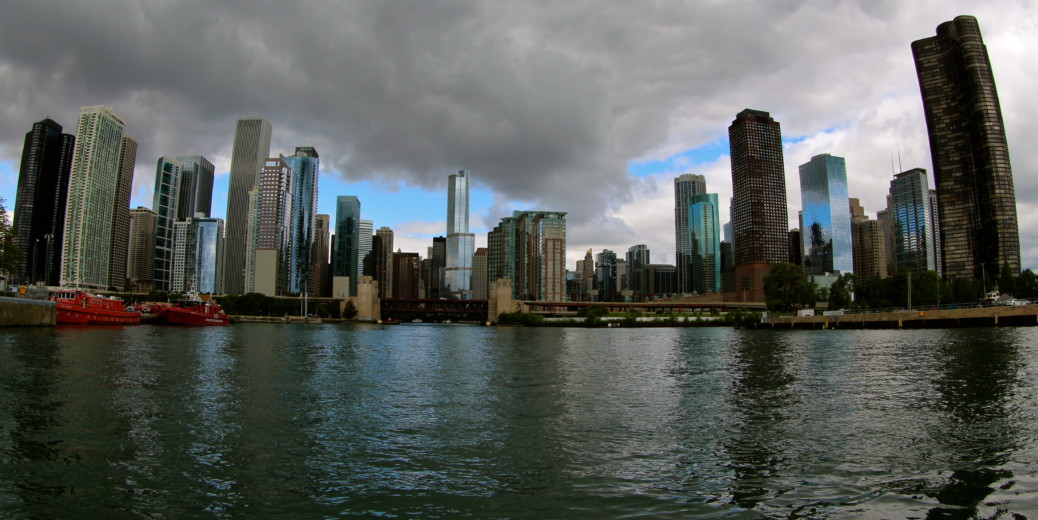 The Chicago River of Dreams

Talk about being in the right place at the right time.

Late in the summer of 1933, with the energy of the Chicago World’s Fair pulsing through the city, fan dancer Sally Rand unceremoniously kerplunked from a speedboat, toppling into Lake Michigan at the mouth of the Chicago River. Screaming and splashing, she was spotted by a coast guard lookout, 26-year-old Bo Albert Borgström, and a short time later, the dancer was presumably reunited with her fans, the hand-held kind.

A year later, Borgström had his eyes open when another lakeside opportunity floated by. Working as a carpenter for Chris-Craft Motor Boat Sales and Service, he looked longingly at the private yacht that had sailed into Dock 36 at the Navy Pier. The boat had seen better days and needed major repairs so extensive that the yacht’s owner decided that patching it would be too expensive. That’s when a light bulb went off in the Swedish-born Borgström’s head. Having always dreamed of owning his own business, he bought the Wendella and went to work converting it into a 96-person sightseeing vessel.

In 1935 the Wendella Sightseeing Company was born.

Late last October, at a time when “W” pennants were being foisted throughout the Windy City in celebration of the Cubs’ long-awaited return to the World Series, we set sail on one of the Wendella boats, settling in behind a group of older moms who clearly had taken advantage of the vessel’s below-deck bar even before we left the dock. We had heard that the architecture tour was a “must-do” attraction, and it’s true. The 75-minute excursion that wends its way amid the city’s architectural monuments opened our eyes wide to the majesty that exists along the serpentine riverfront.

Chicago’s architectural heritage long has been an attraction. When the company started more than eight decades ago, the Wendella Sightseeing Company focused exclusively on that niche, giving guided architecture tours of the Chicago Lakefront – 25 cents for 30 minutes. Business grew, and before long, the Wendella name became a common fixture on Chicago’s watery arteries. Now, some 82 years later, the company’s fleet of nine custom-built vessels ranks it among Chicago’s most popular tourist attractions. Its instructive architecture tour, a 75-minute passage among all three branches of the Chicago River, traces more than 130 years of the Windy City’s innovation in style, design and technique. Its signature lake and river tour, the tour that started it all and now 90 minutes long, not only cruises past Chicago’s architectural history but it also takes passengers out onto Lake Michigan in order to take in the sweeping views of the city’s 26-mile skyline. Wendella also offers a sunset cruise on the lake (90 minutes), a twice-a-week fireworks cruise (two hours), a more intimate “Chicago River Experience” (45 minutes) as well as a wine & cheese and a beer & bbq cruise.

Bo Albert Borgström passed away in 1977, but his family carries on the tradition, always on the lookout for that next opportunity.