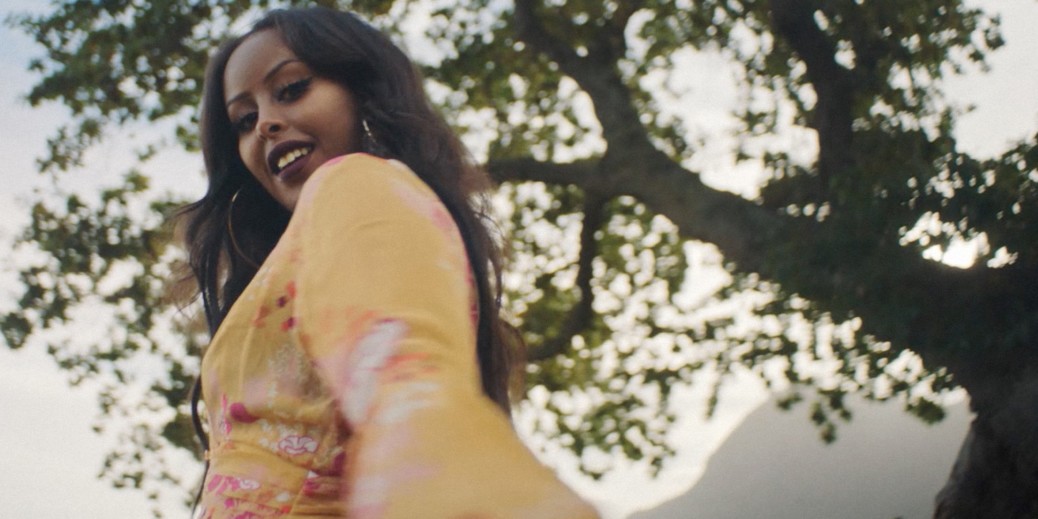 When you first hear Cherrie speak, you probably wouldn’t know it from her soft-spoken demeanor, but what she lacks in modulation, she makes up for in her powerful lyricism.

Cherrie has spent most of her life in Scandinavia. She was born to Somali immigrants in Finland, she spent her childhood in Norway, then moved to Stockholm where she spent her teen years. Specifically, she grew up in Rinkeby, an area plagued with crime and gun violence.

In a profile earlier this year, Vogue contextualized Cherrie and her music by noting the politicized hip-hop landscape in Sweden. A common theme in Cherrie’s music, and a frequent talking point in her media interviews, is the struggle of growing up in her neighborhood and issues related to race and immigration.

One example of a song that celebrates her community, well acknowledging some of the hardships of her area, is “163 För Evigt,” aka “163 Forever,” which is the postal code for Rinkeby. In a lyric breakdown for Genius, Cherrie says the track is “hopeful and uplifting to the forgotten youth of Sweden.”

“I’m very in tune with what kind of energy I want to put out there,” Cherrie told Vogue. “I think [that video] really did something for me, but also for our community, because we used our visual ability and did something that was positive and it really translated, even way outside of Sweden. I’m just now realizing people don’t even need to understand what you’re singing about; it can translate through true feelings and energy. And I’m just realizing how much fun I can have with fashion and using that to put out the positive energy as well.”

Cherrie released her first album, “Sherihan,” in 2016, and in an interview with Fader earlier this year, she said she was in process of recording her second album, which may also include some tracks in English. It doesn’t appear that Cherrie is currently on tour, but she does have a performance lined up as part of the Born.Life.Death tour; her concert on Dec. 1 will be alongside Swedish rapper Erik Lundin.