Checking In on Sweden’s Stenson at The Masters 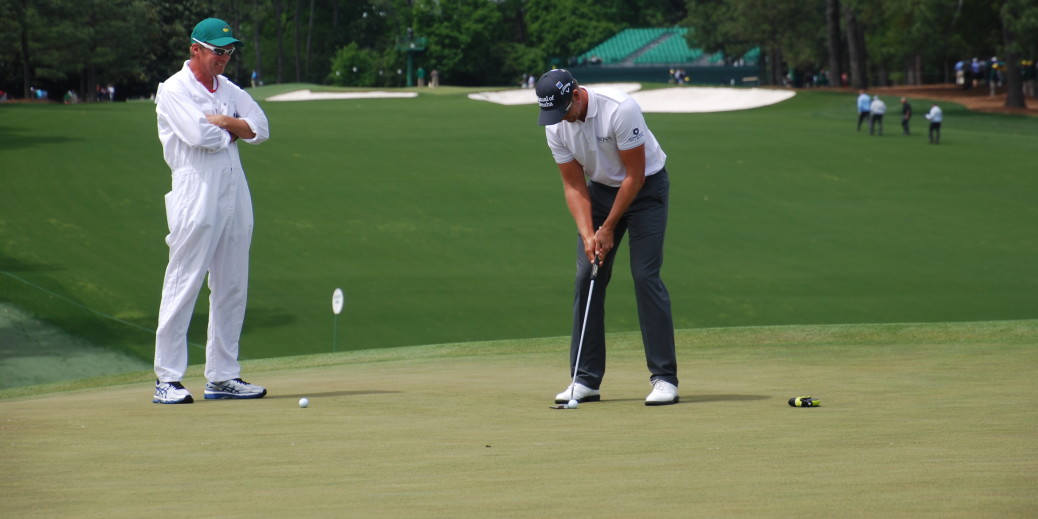 Checking In on Sweden’s Stenson at The Masters

Our intrepid Umgås sports reporter caught up with Swedish golfer Henrik Stenson Wednesday at The Masters.

AUGUSTA, Ga. – Having reached the ninth green during his practice round at Augusta National in two, the No. 6 player in the world plopped down a couple balls to practice some putting, as is the custom during such warmup rounds.

After lagging one putt down toward his target, Henrik Stenson handed his putter to his caddie, Gareth Lord of Great Britain, challenging Lordy to putt one closer – to the delight of the assembled gallery.  But Lordy’s long putt from some 40 feet slid past Stenson’s by a foot or two. Lining up an even longer putt back up the three-tiered green, Stenson left the ball a good 8 feet short and prepared to best it with his second putt.

But the gallery had other ideas: “Cad-eee!  Cad-eee!” came the chant from the fun-loving spectators.

Happy to oblige, Stenson handed his putter to Lordy, who proceeded to knock his putt some 4 feet from the pin, well inside his boss.

The gallery cheered, and as the pair walked off the green, Stenson had the last word to Lordy. “You’re fired,” he joked. At least we think he was joking.

Team Stenson shot a respectable par 72 in the opening round, tied for 21st place going into Round 2.