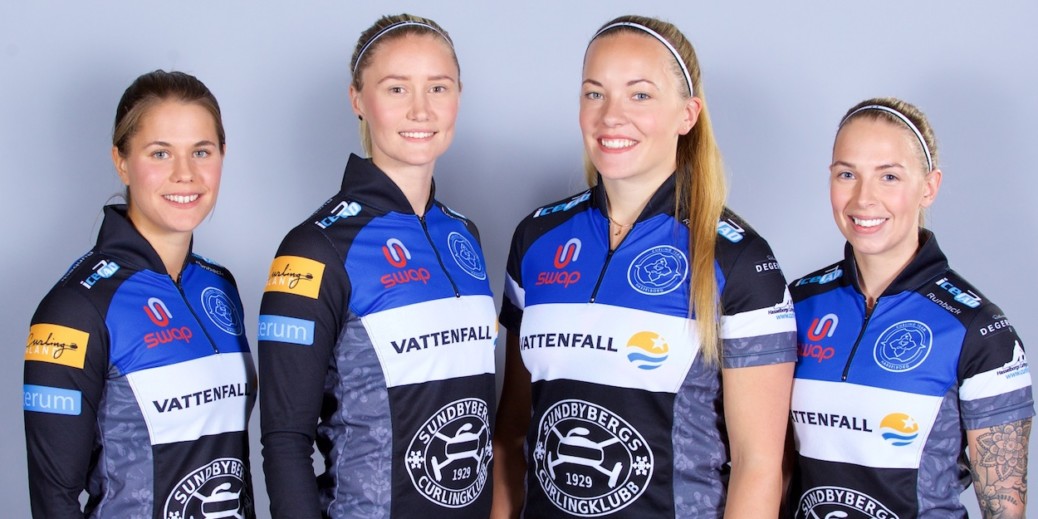 Twenty years ago, the sport of curling made its official debut in the Winter Olympics.

About the same time, a 7-year-old girl in Stockholm began following in the footsteps of her parents, both elite curlers, and started on a path of her own, one that leads to her Olympic debut at the Pyeongchang Games.

“It’s been something that’s been within me from the beginning,” said Anna Hasselborg, the skip, or captain, of Sweden’s women’s curling team. “I love the sport so much. I always knew that I wanted to do it.”

When she was seven, Hasselborg would tag along with her parents to late-night practices. By the time she was 11, she formed her first team, and save for one season, she’s always been the skip on her teams. At 16, she left Stockholm for the Swedish National Curling Academy in Härnösand, about five hours from home.

“It feels great, especially doing it with the team that I’m doing it with,” Hasselborg said. “It’s awesome to call yourself an Olympian.”

Even better would be to become an Olympic medalist.

While Canada is the favorite, Sports Illustrated has tabbed Sweden as its pick for the bronze medal. If Team Hasselborg reaches the medal stand, it would be the fifth Swedish women’s team to medal since the sport was introduced in 1998 – bronze in 1998, golds in 2006 and 2010 when they were led by legend Anette Norberg and silver in 2014.

Knochenhauer is making her second appearance in the Olympics after serving as alternate of the silver medal-winning team in Sochi. The rest the team is making its debut, which is a pretty remarkable feat for a team that has only been together for about three years, young in curling terms according to Hasselborg.

“It takes a couple years to get team dynamics together,” she said.

Hasselborg, McManus and Knochenhauer were teammates when they took gold at the World Junior Championships in 2010. While Hasselborg and Knochenhauer stayed together, McManus was on a team that included Mabergs until the four joined forces with a vision of becoming the best team in Sweden. Twice they’ve earned silver medals at the European Championships (2016 and 2017), and they also made an impact in the 2017-18 Pinty’s Grand Slam of Curling against the world’s top teams.

“We are looking forward to having many Olympics ahead,” said Hasselborg, who enjoyed track and field growing up and played soccer until she was 17. “We’re a young team and looking to continue to get better.”

Curling dates to 16th century Scotland and features four players – a skip, second, third and lead – who take turns sliding a 42-pound piece of granite on the ice (or sheet) toward a bullseye-like target (the house) while their teammates use brooms to smooth the surface for optimum placement. Two teams take turns, ultimately trying to position their stones closest to the center of the house (the button) by bumping opponent stones away from the center.

“I love the strategy of the game,” Hasselborg said. “I also love the team dynamics…I love the mind game: It’s very slow, but it never feels slow when you’re on the sheets.”

According to Hasselborg, Sweden boasts about 5,000 curlers. Canada, by comparison, has more than 350,000 people who curled 10 times or more in 2015 (and 1.5 million participants in all, or nearly 5 percent of the population) according to Curling Canada.

Twenty years ago, Hasselborg was just getting into the sport. Her feelings about competing against the best in the world on the world’s biggest stage are simple.

“Just to be playing in that atmosphere of the Olympics and represent your country,” she said. “And just have tons of fun. Enjoy every bit.”