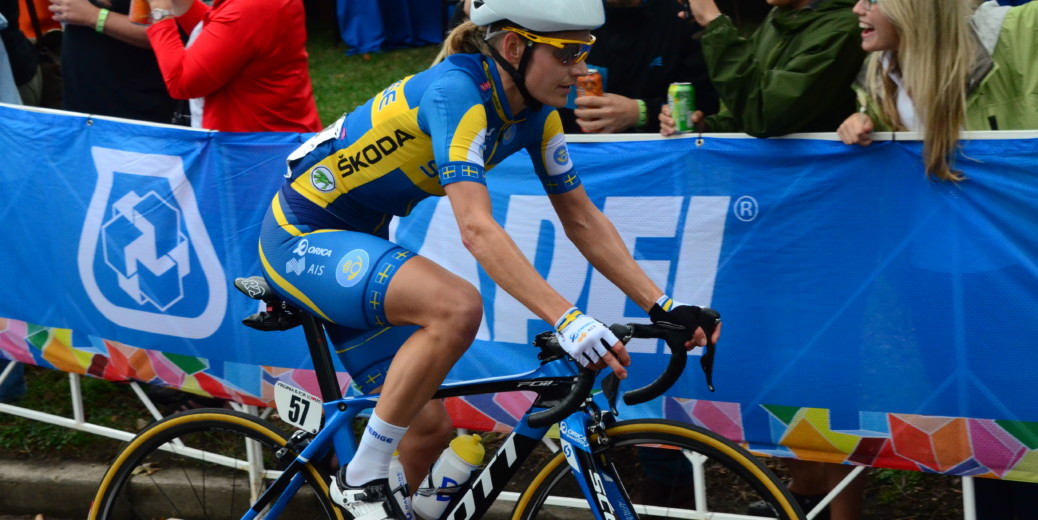 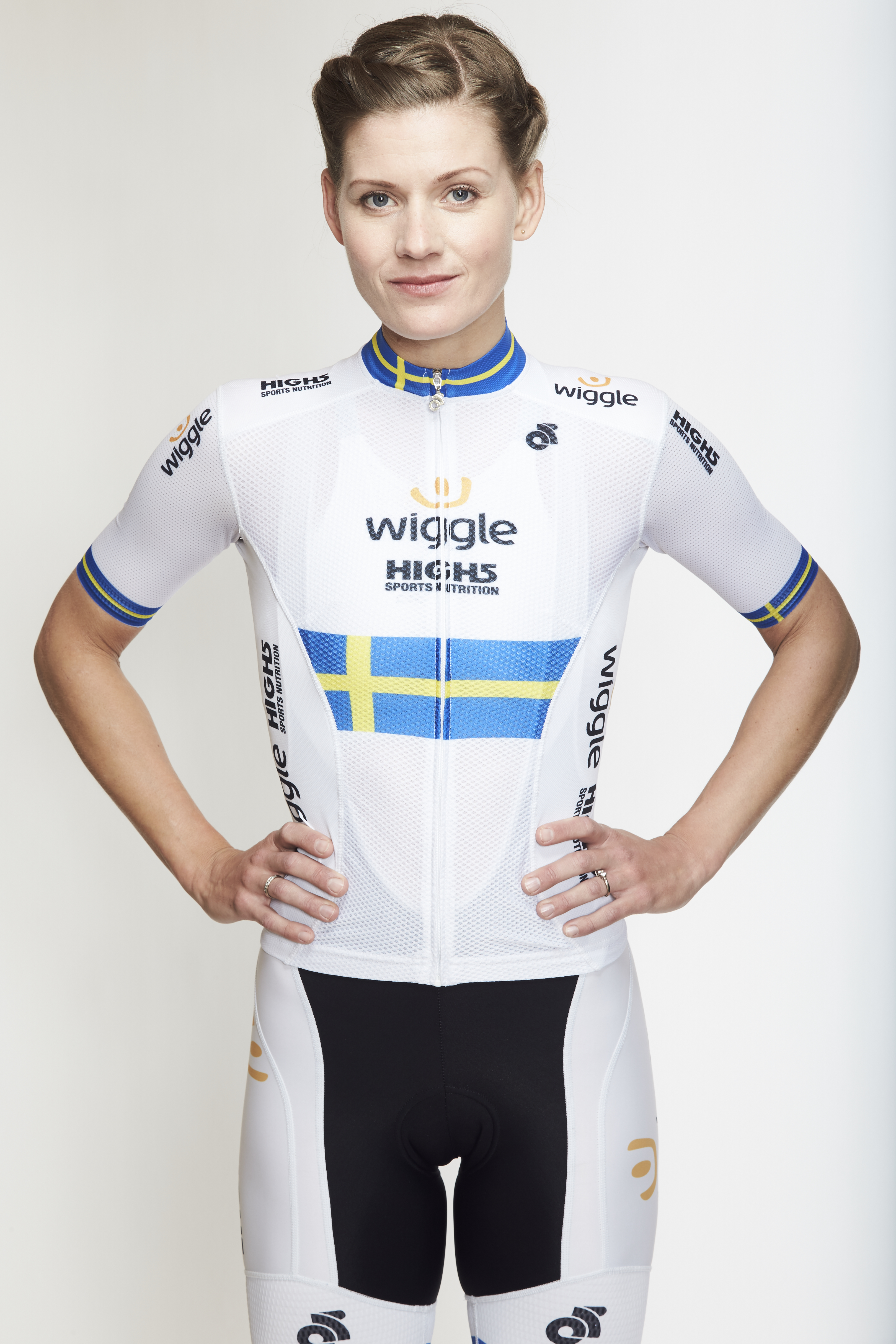 When we last chatted with Swedish cyclist Emma Johansson, she had just won her second Olympic silver medal and was preparing for the 2016 UCI Road World Championships.

We closed that Q&A by asking what she would be doing if she wasn’t a cyclist. While the question was meant more as what career path she would have chosen if she hadn’t been so damn good on a bike, we’re getting a glimpse since she retired from racing at the end of 2016.

Johansson took time to catch up with us about becoming a mother, getting into broadcasting and other projects on the horizon. She also reflected on a career that was nothing short of sensational. In addition to two Olympic silvers (Beijing and Rio), she earned 40 UCI wins, was ranked No. 1 at the end of the 2013 UCI season and consistently was on or near the podium at the World Championships: She finished in the Top 10 seven times in her final 10 appearances, including one second-place finish and two thirds.

Thanks for taking the time to catch up. How is retirement treating you?

Very well thanks. Different times being a mum now, and that mostly fills my day. I don’t find the time to get long rides in anymore but that’s OK. Short runs and rides are enough to make me tired these days.

What do you miss most about retiring from cycling? What don’t you miss?

I miss the social bits a lot (belonging to a team), also the feeling of winning and the satisfaction from a hard and long training session. I also miss being fit! What I don’t miss is the pressure hanging over you all the time. Being professional is a 24/7 work, and you need to do all right to reach the top. Now I can relax more, sleep in if I’m lucky and Morris also does. 😉 And if I want one more piece chocolate with the coffee, it’s OK.

First time I arrive Vårgårda without a bike. Weird and nice at the same time… Thanks and congratulations @vargardacycling for a great organisation and thanks @jorgenbjorme 📷 for capturing my day . . #cycling #vargardawwt #retired #morris

Tell us about Morris, your adorable baby boy! How is motherhood treating you?

It’s amazing. He is amazing! Motherhood is so much stronger than I ever thought! I wouldn’t change it for anything, and I know it sounds cheesy, but for every minute and day that passes, I learn to love him even more. Of course, it’s harder time, too, but every time he smiles at me it’s forgotten.

How often do you go out on a ride? Any favorite spots where you live in Norway?

Not too often, I run more these days. But this last week I have gotten a couple of rides in. Mostly mtb [mountain bike], but I also jump on my roadbike some days. I live in Norway now, and my favorite spot here is Verdens Ende (the end of the world). In October I’ll travel to Belgium for holiday. I will bring my bike and look forward to get some rides in. A ride in to Oudenaarde and a coffee on the market there is something I really look forward to!

What’s more difficult… competing in the Road Race at the World Championships or functioning on limited sleep as a new mom?

Hmmm… it’s so different. I think I have to say: being a mum. Just because you never know what will happen next… and every time you think you know how Morris will react to something or you think you have found some routine, it changes. Being a cyclist was easy in one way. You set a plan, and you follow it! Of course, the work is hard, but you know what to do and when to do the work!

Speaking of Worlds, any picks to win the Women’s Road Race in Innsbruck-Tirol?

Very difficult, but I think anyone from the Dutch team is dangerous…. Vos is back to her “old self” then they have van der Breggen and Van Vleuten. I can’t choose… but the jersey will end on a Dutch shoulder again (as long as the can cooperate).

Swedish riders Emilia Fahlin and Hanna Nilsson had strong rides in last year’s Worlds. Describe them and their strengths and any other Swedes to watch.

Emilia is a rider who never gives up. She’s back in good form, and if it comes back in the final, then the podium is near! Hanna’s climbing form is really good. She’s had so much bad luck with injuries these last years, but at the moment her form is growing and on a really good day she can follow the strongest ones over the climb.

As promissed 😎 Direct from the @svtsport studio; my lucky safety pins 👍

You’ve done some broadcasting since you retired. How is that going? Any issues going from the bike to the broadcast booth? Also, what else is keeping you busy, aside from keeping up with Morris?

It’s going good. I really like it. And it keeps me in the sport, too 😊. Doing Worlds for Swedish Televison, too, and really look forward to that. It’s a good thing going straight from being in the peloton to broadcasting because you know most riders. I have a girls’ camp that’s coming up in the beginning of November. I also have a couple of other projects that will be official later on 😊.

What are you most proud of in your cycling career?

The balance, I believe. That I managed to stay on top for so long. Also, that I had a good platform to stand on when I retired.

Have you considered a comeback?

Where do you see yourself in 10 years?

Difficult question; I hope I’m just as happy as I am today, and hopefully Morris will have a brother or a sister.