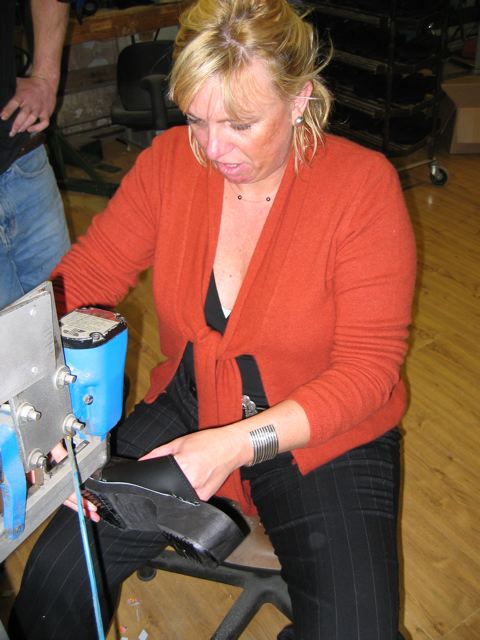 For Pamela Adams, it all started with the “light bulb” moment she had about 12 years ago.

The light bulb went off, so to speak, when one of her cousins in Sweden gave her a pair of clogs as a gift.

“My grandmother used to come back from Sweden with hand-painted clogs,” Adams said, adding that her uniquely designed clogs began catching the eye of her Cape Cod neighbors and tourists.

“I thought maybe I could sell these,” she said. 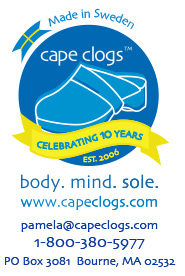 And that’s just what she did.

Adams started Cape Clogs Inc. in 2006 in her hometown of Bourne, Mass., the gateway to Cape Cod.

Clogs have been a mainstay of Swedish families for decades, according to Adams.

“They were the original footwear for working on farms and in barns,” she said.

After searching for manufacturers – there weren’t as many as she thought – she chose one manufacturer she felt was a good fit. She now has exclusive partnerships with three sixth-generation traditional clog manufacturers in Småland, Sweden. 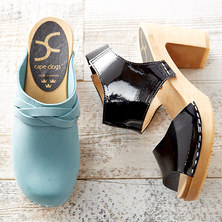 Anxious to test the market at the onset, she signed up for the Boston Footwear Show in New Hampshire where buyers gather.

“I came out with $10,000 of business in three days and orders for the following spring,” Adams said. “I thought to myself: I guess I am in the footwear industry.”

Cape Clogs wholesales the shoes – for adults and children alike – to various retailers that include independent boutiques, uniform suppliers, sporting goods stores and other retail catalog and website partners. And the clogs are available for individual consumers on the company’s website.

All of Cape Clogs’ shoes are handmade in Sweden with designs based on Adams’ input and casual lifestyle.

“I collaborate with them and come up with something appealing each year,” she said.

In addition to being attractive, the clogs are lightweight (less than three pounds) and comfortable with orthopedic foot beds made of Northern Europe Alder wood. The company also has alternative semisoft foot beds for the medical and nursing industry.

Adams has sold more than 200,000 pairs of clogs to date. The company has had orders from the U.S., Canada, Japan and Australia, among others.

Before starting the company, Adams worked in the dental industry.

“All of the skills I obtained through corporate America I have incorporated into my business,” she says. “This work has been great. It gives me the ability to have flexibility and freedom. Being a woman and a small business owner has been challenging, but I enjoy it.”

Adams comes from a long line of family entrepreneurs. 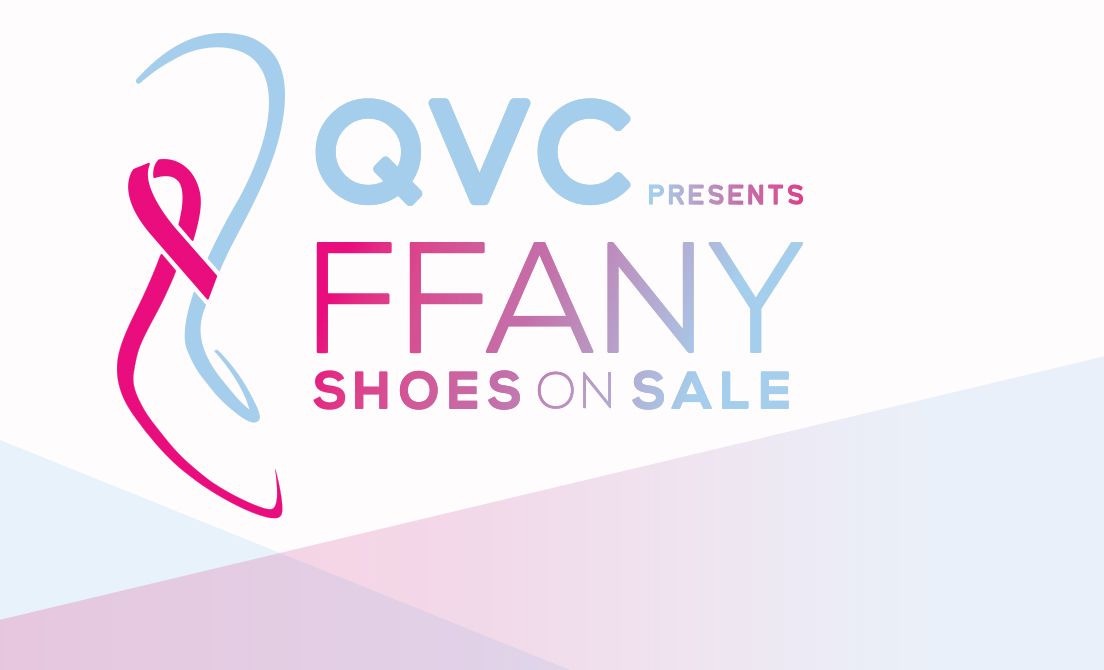 Her great-grandfather came to America from Sweden with only $1 in his pocket. He owned a bakery in Massachusetts in the 1940s before opening the first Chrysler dealership in Walpole, Mass., called the Walpole Motor Mart, a very successful venture.

With her company, Adams wants to make sure she gives back to the community.

Over the past 12 years, Cape Clogs has donated more than $20,000 to several philanthropic nonprofit organizations with which it partners. They include the Ellie Fund, the American Heart Association, Hope in Bloom, the Doug Flutie Foundation and girlygirl P.A.R.T.S. (in conjunction with the Dana Farber Cancer Institute).

Cape Clogs’ biggest partnership has been with QVC for its FFANY Shoes on Sale Benefit in support of breast cancer research and education, with the company donating more than 3,000 pairs of clogs as a valued QVC.COM partner the past nine years.

“It definitely has been an exciting journey, and I have been blessed to be able to say I enjoy what I do in life,” Adams said.