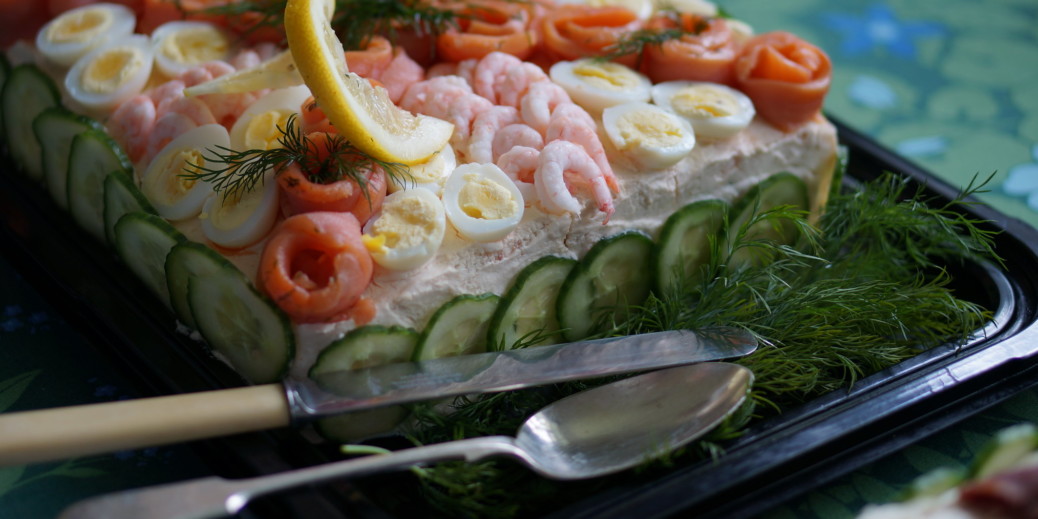 Everyone knows that person who doesn’t like birthday cake. Or sweets altogether. And while we feel like they are sad, sad people, they are still people and deserve to be celebrated, in a safe, savory way.

This Swedish “treat” is part sandwich, part salad and part cake. And it just might be your ticket to pleasing your savory-loving friends. Americans, prepare yourself, this might blow your mind.

While there are countless variations online, the smörgåstårta is essentially a cake made from layered bread slices and egg or fish salad, covered in a creamy mayo or sour cream-based frosting and adorned with garnishes like cucumber, lemon, tomatoes, dill, lettuce or prawns.

It looks like a cake. A shrimp-covered cake, but a cake, nonetheless.

Decorations can be minimalist and streamlined, with shaved cucumbers or green onion creating clean vertical lines covering the white sides. Decorations also can be a little more whimsical, like ScandiKitchen’s version, piled high with fresh herbs and seafood, resembling some kind of delicious seaside fairy garden.

Like we said, there are a number of recipes out there. Don’t like salmon salad? Leave it out or use tuna. Don’t like dill? You must not be Swedish.

Decide to whip up a smörgåstårta of your own? Send us a photo, and you may be featured on our Facebook page!