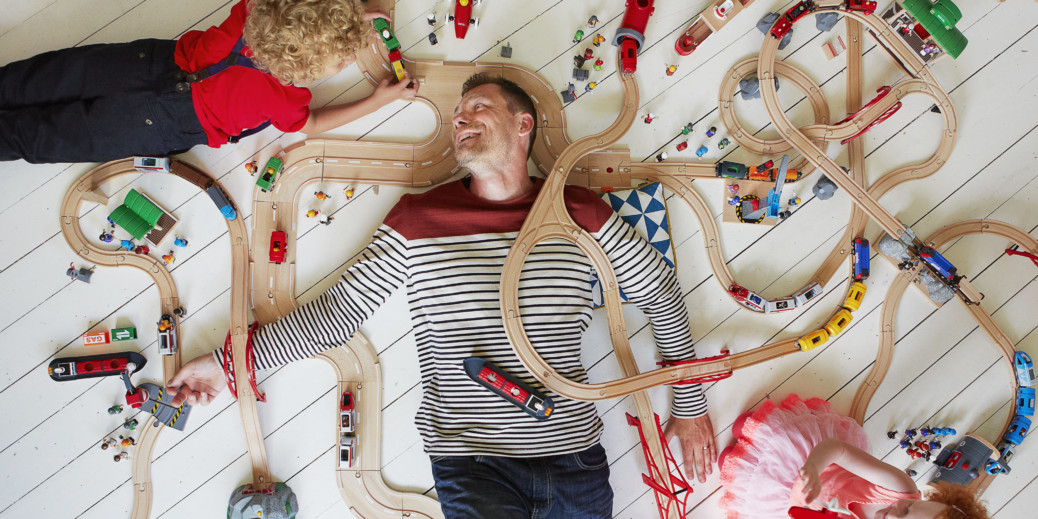 If you’ve ever found yourself in a pediatric waiting room eyeing that wooden train set, with its wood track with twists and little hills, chances are you were eyeing one of BRIO’s most popular products.

BRIO is a Swedish toy company that is an official purveyor to the Royal Court of Sweden – not too shabby – since the 1940s. It’s best known for its wooden toys, from horses to trains. But how did BRIO get to be such a big name in the toy world?

Well, it all started with basket weaving.

Bringing it back to the beginning

BRIO got its start in the late 1800s when Ivar Bengtsson, a basket weaver, decided to branch out within his craft. He and his wife lived in Osby, Sweden, where he would craft his handmade baskets until the early 1900s. As he began to expand his product offerings, he decided to tailor his technique for a different, younger audience.

In 1907, he produced his first toy, the Osby Horse. The following year, Bengtsson handed over the company, which had over 170 products, to his sons, who officially named the company BRIO (an acronym that loosely means the Brothers Ivarsson in Osby). The company continued to grow, keeping its attention on toys. It eventually began selling prams (aka strollers) in the 1920s. Over the next couple of decades, according to its company website, BRIO continued to establish itself as a brand and expand its product offerings, including its own manufacturing of prams.

The company was passed down to the next generation in the family in the 1960s, and by the late 1970s, BRIO was an international toy brand. 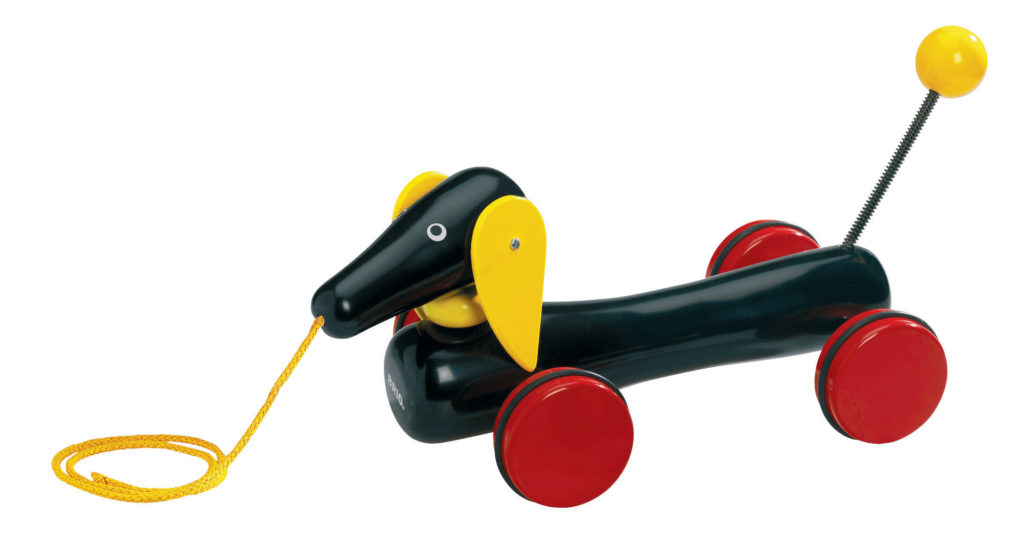 As parents ourselves, and in some cases, new parents, we appreciate how BRIO organizes its products based on age (because really, how the heck are we supposed to know what a kid should be playing with and when).

For the littlest ones, there are rattles and teethers – like this one, which fits the grip of an infant perfectly. Once you have a walker on your hands, this wiener dog is the perfect toy to drag along. And for the toddlers, well, we’ve already talked about BRIO’s iconic train set, which is sure to be cleaner than that one in the doctor’s office and will provide hours of entertainment.

And while the company was once known for its prams, it sold that part of the business off to Britax in 2013, just one year after Crown Princess Victoria chose a specially-designed BRIO pram for her baby daughter Princess Estelle.

BRIO as a business today

BRIO still houses its operation in Sweden (Malmö, to be exact), but it’s a global company with subsidiaries and distributors around the world. BRIO is owned by Ravensburger, a puzzle and games manufacturer that acquired the company in 2015.

To purchase BRIO products, go online to its Store Locator feature to find your closest retailer. You also can get the latest from the company by following it on Instagram and Facebook. And if you’re in Sweden, check out BRIO’s toy museum Lekoseum, which opened to celebrate the company’s 100th anniversary.